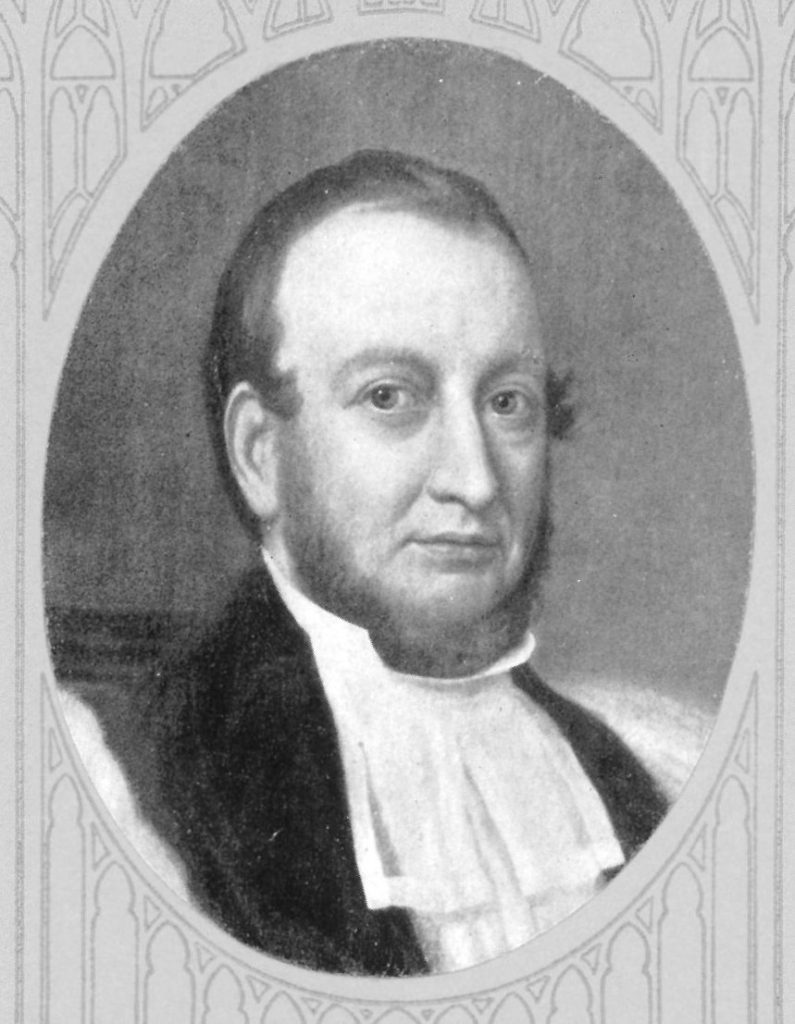 William Heathcote DeLancey, the sixth provost of the University of Pennsylvania, was born in Mamaroneck, New York, on October 8, 1797. His celebrated New York State family was descended from Caleb Heathcote, first lord of the Manor of Scarsdale; his sister married novelist James Fenimore Cooper. Young William was at first educated at several private schools before graduating from Yale College in 1817. He then studied divinity with Bishop Hobart of New York and served in several positions in New York before his 1822 ordination to full ministry in the Episcopal Church.

After his ordination, DeLancey took a position in Philadelphia as general assistant to Bishop William White. He held various clerical offices in Philadelphia, and in 1826 was chosen as a trustee of the University. This was the period when the fortunes of the University were at their lowest ebb. Stringent efforts were then made for its rehabilitation, including the forced resignation of Provost Beasley in 1828 and the election of DeLancey as the new provost. Various changes were made in the duties of the office of provost as well. The next three years showed a distinct improvement in the number of students and in other areas. Dr. DeLancey continued as provost until 1834.

In 1839 DeLancey was elected first bishop of the newly created Diocese of Western New York. He remained in that position for more than 25 years, residing in Geneva. In 1852 he attended the fifteenth anniversary of the British Society for the Propagation of the Gospel in Foreign Parts as one of the two representatives of the American House of Bishops; on this occasion he was the first American bishop to be recognized officially as one of their own body by the Anglican Bishops.

DeLancey visited Europe repeatedly and traveled quite extensively. He was extremely active in matters of church organization and legislation, and was instrumental in placing Hobart College and several other educational institutions on a firm basis. He received the following honorary degrees: doctor of divinity from Yale in 1827, doctor of laws from Union College in 1849, and doctor of civil laws from Oxford, England, in 1852. He died in Geneva, New York, on April 5, 1865.