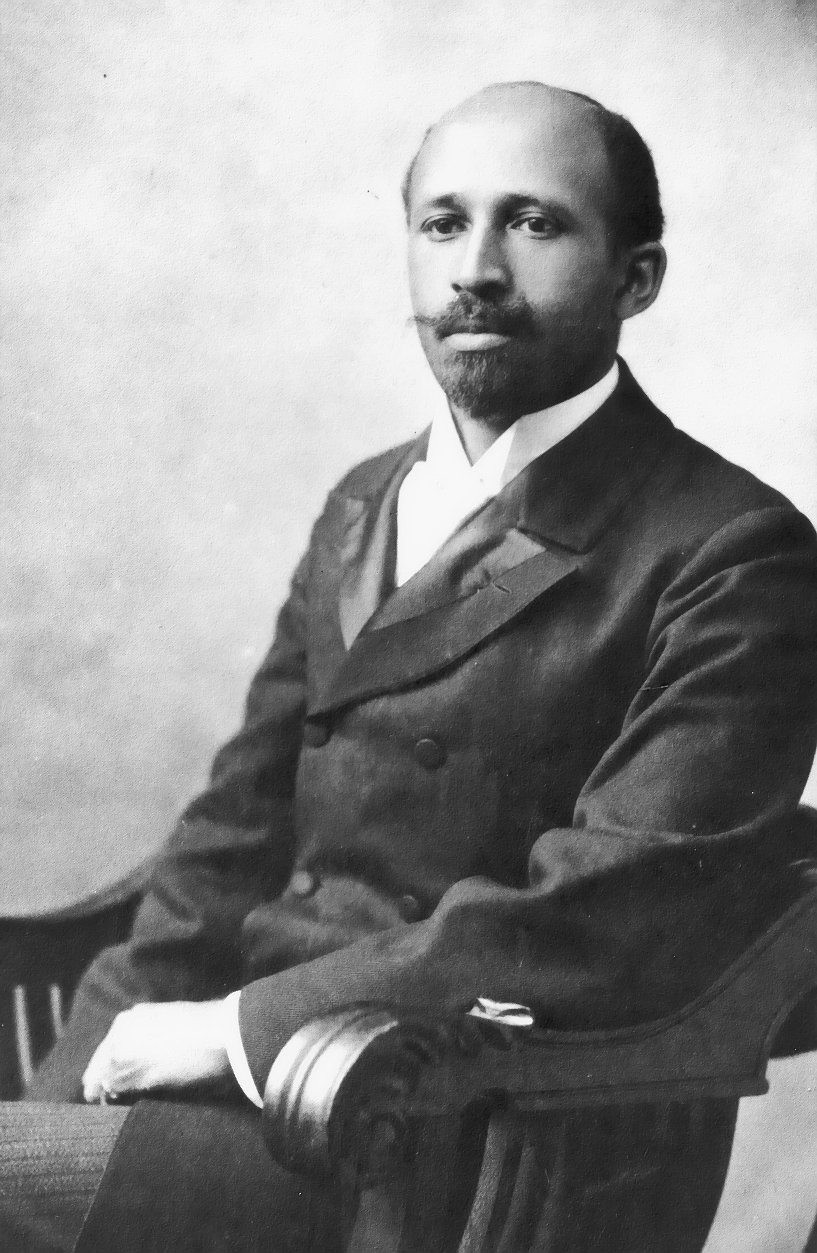 William Edward Burghardt Du Bois was born on February 23, 1868, in Great Barrington, Massachusetts, the son of Alfred Du Bois and Mary Silvina Burghardt. Haitian-born Alfred Du Bois was a barber and itinerant laborer who, during the Civil War, had enlisted and then deserted a New York regiment; he also deserted his wife and young son. Mary Silvina, a domestic servant, raised her son with the help of her extended family, which could trace its roots to a freedman, enslaved at birth in a Dutch colony, who fought in the American Revolution. Young William received a classical, college preparatory education from the integrated schools in Great Barrington. A graduate of Fisk University (1888) and Harvard College (1890), W.E.B. Du Bois earned his doctorate from Harvard in 1895 with a dissertation entitled The Suppression of the African Slave-Trade to the United States. While a graduate student he was offered a fellowship in 1892 to study at Friedrich-Wilhelm III Universitat in Berlin. Upon completion of his graduate studies DuBois accepted an offer to teach at Wilberforce University in Ohio. It was at Wilberforce where DuBois met Nina Gomer; they were married in May 1896.

In 1896 the University of Pennsylvania appointed him “Assistant in Sociology” at its Wharton School in order to conduct a “study of the social condition of the Colored People of the Seventh Ward of Philadelphia.” Thus from August 1, 1896, until December 31, 1897, Du Bois went from house-to-house in this ward, extending from Spruce to South Street and from Seventh Street to the Schuylkill River. He interviewed some five thousand persons, prepared a statistical and empirical analysis of his questionnaire, and published his findings in the much acclaimed The Philadelphia Negro (1899).

After his year in Philadelphia, Du Bois served as professor of economics, history, and sociology at Atlanta University (1897-1909), where he authored The Souls of Black Folk (1903), perhaps the most influential work of his generation on the African American experience. At the Pan-African Conference in London in 1900 he warned the world, “The problem of the twentieth century is the problem of the color line.” He became nationally prominent as cofounder of the National Association for the Advancement of Colored People (1909) and for twenty-four years, editor of its monthly publication, Crisis (1910-1934). Returning to Atlanta University (1934-1944), he published his last major work, Black Reconstruction in America (1935), a sweeping reevaluation of the role of African Americans in the Civil War and the years which followed.

After his retirement from Atlanta University, Du Bois focused on problems of racism in the United States and world wide, working first with the NAACP and then the Council on African Affairs. After his first wife died in 1950, Du Bois married Shirley Graham, a leftist and the daughter of an old friend. Disillusioned with the progress being made in the United States, he grew increasingly radical. After joining the Communist Party in 1961, Du Bois traveled to the Soviet Union in 1962 to receive the Lenin Peace Prize from Nikita Khrushchev. At the invitation of Kwame Nkrumah, Du Bois and his wife had settled in Accra, Ghana, in 1961, so that he could direct the preparation of an “Encylopedia Africana.” On August 29, 1963, shortly after he had become a citizen of Ghana in 1963, Du Bois was buried in a state funeral outside Castle Osu, which had once been a holding pen for Africans bound to a life of slavery in America.

Matching the highest scholarly standards with great political zeal, Du Bois stands among the leading interpreters of American history and culture and at the very center of the African American intellectual tradition.