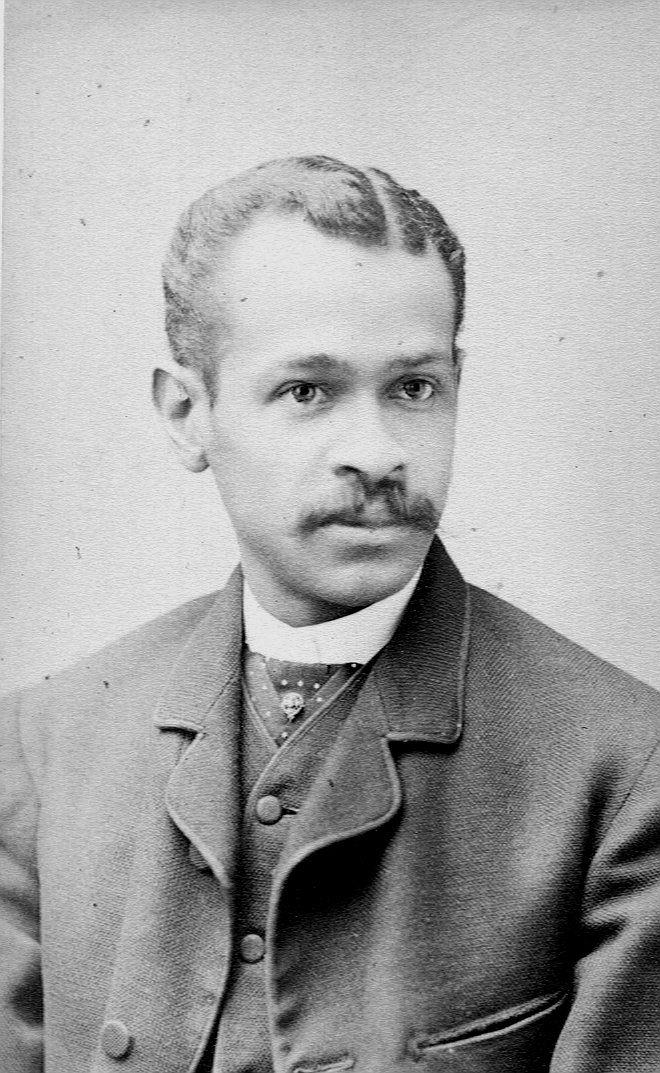 William Adger, born in Philadelphia in 1856, was the son of Robert Adger and Mary Morong Adger. Robert Adger was a former enslaved man born in South Carolina.

According to the United States censuses from 1850 to 1880, when Robert and Mary Adger arrived in Pennsylvania in about 1848 they already had eight children; another five, including William as the second youngest, would be born in Philadelphia. In 1850, Robert and Mary were in Philadelphia with nine children and two of Mary Morong Adgers’ relatives, two women ages 59 and 22, also from South Carolina; no real estate was listed for Robert Adger, but he was working as a baker. Just ten years later, the 1860 census shows that Robert Adger kept a china store and had real estate valued at five thousand dollars as well as personal property worth about half that. The 1870 and 1880 censuses listed him as a furniture dealer; in 1870 his wealth was estimated at twelve thousand dollars of real estate and six thousand dollars of personal property. Clearly, Robert Adger managed to leave slavery behind and to build a successful life for himself and his family in Philadelphia.

Although Mary Adger was apparently illiterate, Robert Adger could read and write; they made sure all thirteen of their children were educated. The censuses indicate that all children started school at age five and continued until at least the age of fourteen, often beyond that. In 1860, eight of the twelve children listed in the census were attending school; the youngest student was William and the eldest was seventeen year old Daniel. The daughters in the family would become dressmakers and milliners after they finished school. At least three of the sons followed their father into the furniture business, as a cabinetmaker, an upholsterer, and a furniture salesman; another two sons are known to have worked in the post office. Young William was the only one to attend college.

William Adger graduated first, in 1875, from the Institute for Colored Youth (forerunner of Cheyney University), where he served as the secretary. In 1879, at the age of 22 or 23, he enrolled in the College of the University of Pennsylvania. When he was awarded his bachelor of arts degree in 1883, Adger became the College’s first African American graduate.

While William was a Penn student, he lived in his father’s home at 833 South Street, along with his parents, two unmarried sisters, and an unmarried brother (the upholsterer). His married brother Robert, Jr. (a store keeper like his father) also lived in the house with his wife and four young children.

William planned a career in the ministry and was a student in the Divinity School of the Episcopal Church, Philadelphia, at the time of his early death. According to the October 20, 1885, issue of University Magazine, he died at the family home of hip disease. Burial was at the Church of the Crucifixion on Bainbridge Street near Eighth Street, where one of his brothers was the organist. William Adger had been a member of the Fraternal Association primarily made up of former residents of South Carolina.