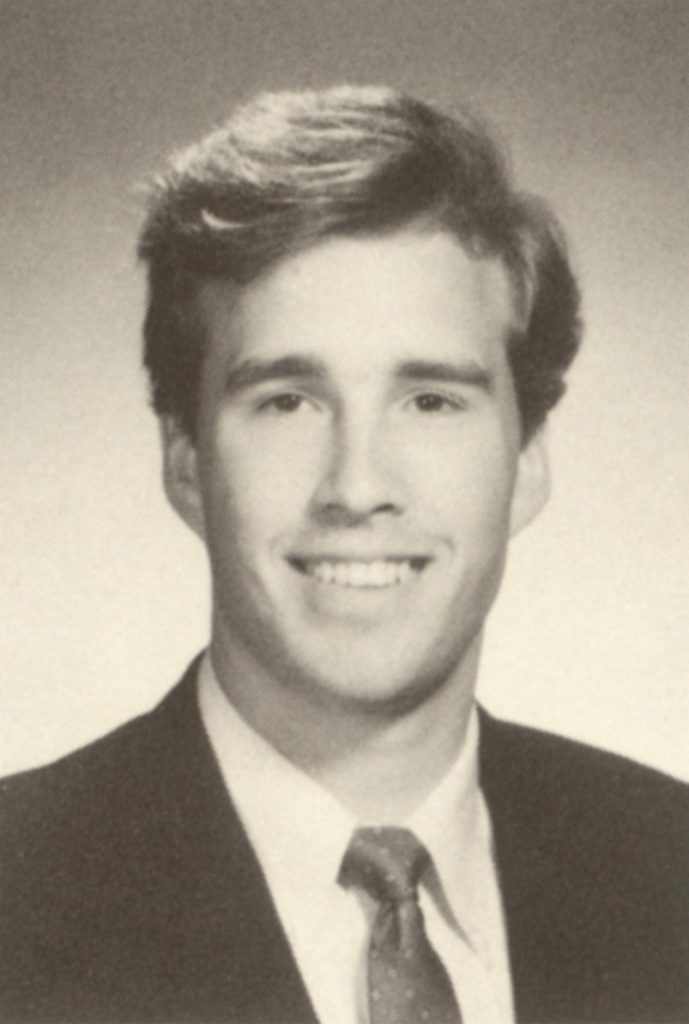 Steven Thomas Adkins was born in Chicago on October 26, 1964. He enrolled at the University of Pennsylvania in 1982, graduating in 1986. A pitcher, he played varsity baseball all four years. Adkins was elected Cane Man by his senior class.