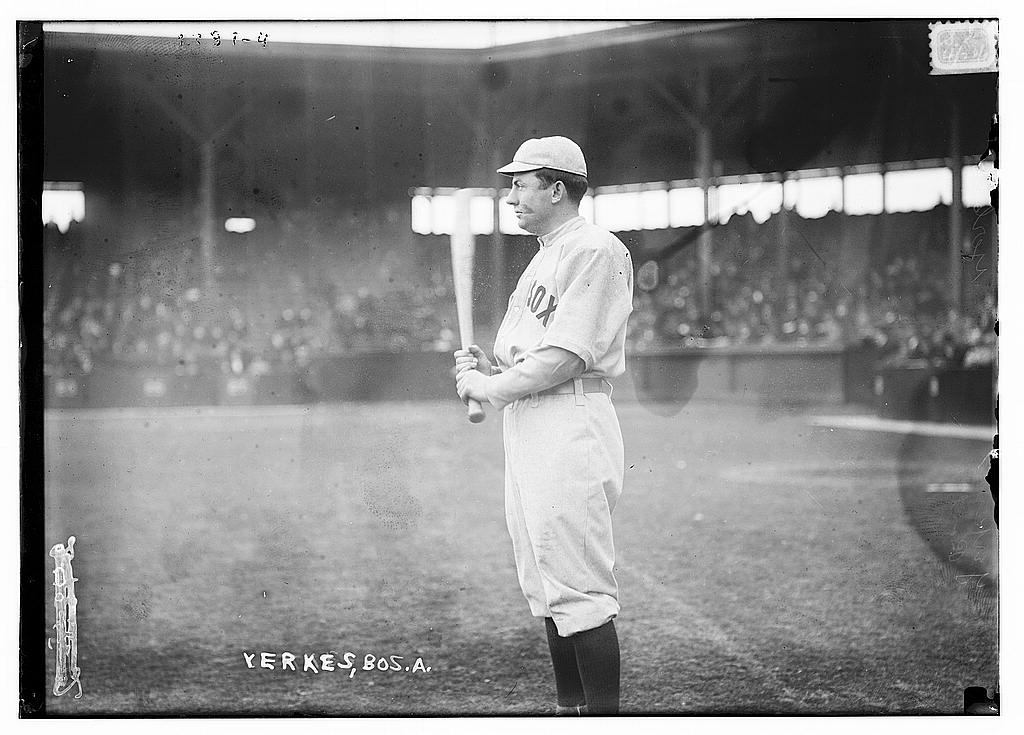 Stephen Douglas Yerkes was born in Hatboro, Pennsylvania, on May 15, 1888. He was the youngest of four brothers; all four played semi-professional baseball, but only Steve made it to the major leagues.

Yerkes entered the University of Pennsylvania in 1905 with the Wharton School Class of 1909. He played short-stop on the University’s 1906 baseball team. After leaving Penn in his sophomore year, Yerkes played on minor league teams in Millville, New Jersey, and Altoona, Pennsylvania.

Yerkes went on to become a professional baseball player, playing as a short-stop and second baseman. He made his major league debut with the Boston Red Sox on September 29, 1909; during the 1912 World Series, Yerkes drove home the winning run for the Red Sox against the New York Giants. In 1914 he left the Red Sox to play with the Pittsburgh Rebels. After two seasons with the Rebels, he played his final major league season with the Chicago Cubs, retiring on October 1, 1916.

Yerkes was hired as freshman baseball coach at Yale University in 1940. In later life, he also owned and managed the Glenside Bowling Lanes. He died in Lansdale, Pennsylvania, on January 31, 1971.