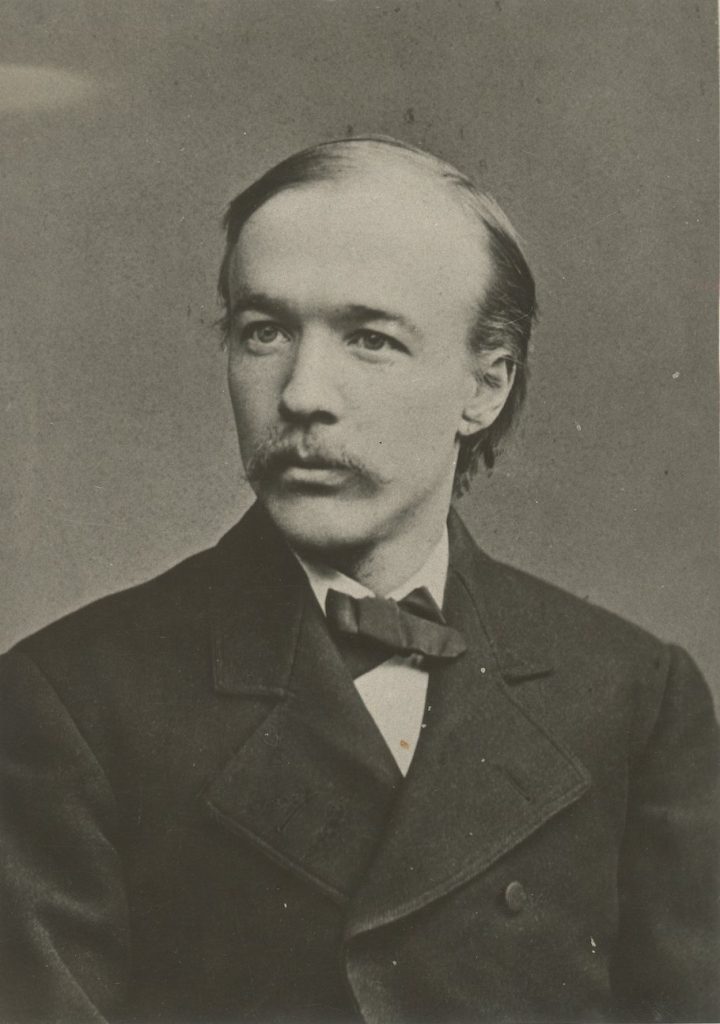 Born in Lurgan, County Down, Ireland, on April 15, 1844, Robert Ellis Thompson was the son of Samuel and Catherine Ellis Thompson. The family came to Philadelphia when Robert was thirteen years old.

Thompson entered the University as a freshman in the Class of 1865 and served as class historian in his sophomore year. During his college years he was a member of the Zelosophic Society and the University Chess Club. He was also a Phi Beta Kappa honoree, recipient of the Junior English Prize, and the class salutatorian.

Thompson’s degrees from the University of Pennsylvania included an honorary Doctor of Divinity degree in 1887. Additionally, he earned a Ph.D. from Hamilton College in 1879 and received a LL.D. from Muhlenberg College in 1909.

A Presbyterian clergyman and educator, Thompson began teaching at the University of Pennsylvania in 1868 as an instructor in mathematics; in 1871 he was promoted to an assistant professor of mathematics. From 1874 until 1883 he taught at Penn as professor of social science, and then from 1883 to 1893, he was John Welsh Centennial Professor of History and English Literature. During these years, Thompson lectured at Harvard and Yale from 1884 to 1887 and also at the Princeton Theological Seminary. Thompson was editor of Penn Monthly from 1870 to 1880, and of The American from 1881 to 1892. He published Social Science and National Economy in 1875, and also served as editor for the first two volumes of the Encyclopedia Americana, a supplement to the ninth edition of the Encyclopaedia Britannica from 1883 to 1885.

In 1892 Provost William Pepper (nephew of Class of 1865 classmate John Sergeant Gerhard) requested Thompson’s resignation from the John Welsh Chair of History and English Literature. Thompson refused to resign and also declined a proposed transfer to a chair of biblical literature, American church history, and industrial history. Eventually however, he was unsuccessful in the attempt to keep his job and, in 1894, took over the presidency of Central High School in Philadelphia. He remained there for twenty-seven years until he was forced out of this post under a state law which fixed the retirement age for teachers at seventy years. He was an outspoken defender of labor unions (1911) and proponent of female suffrage, predicting in 1911 that a woman would be elected mayor of Philadelphia by 1961. He married Mary Neely in 1874. She died in 1894, while Robert Ellis Thompson died on October 19, 1924 in Philadelphia.