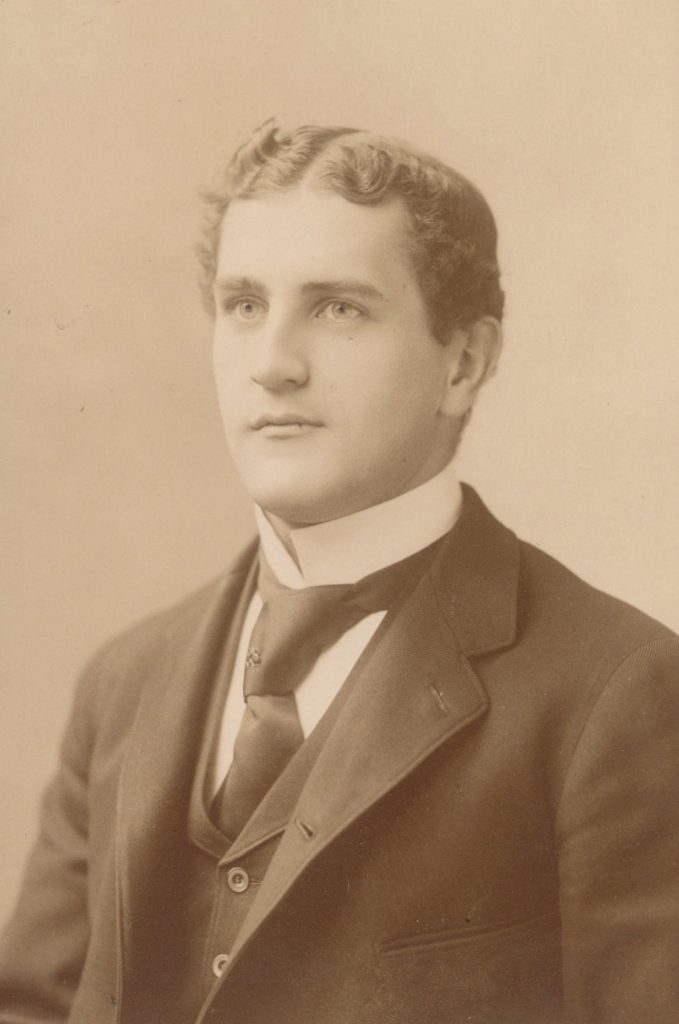 Robert Edward Glendinning was born on January 28, 1867, and entered the University of Pennsylvania in 1884. He was the son of Robert Glendinning and Ellen Elizabeth Butcher.

Glendinning’s stay at the University of Pennsylvania was a very short one; he attended for only his freshman year.

During his freshman year he was a member of the shooting team, cricket team, baseball team, tug-of-war team, Racket Club, and Canoe Club. He was the marshall of the University Republicans, chairman of the Constitution Committee, chairman of the Baseball Committee, and chairman of the Freshman Committee. He won the standing broad jump during the spring sports competition. As an undergraduate, Glendinning also served as one of the models for Eadweard Muybridge’s landmark study, Animal Locomotion. He lived in the Zeta Psi fraternity until he was dropped from the rolls owing to his absence during examinations.

An aviation enthusiast, he contributed substantially to American wartime aviation during the First World War. For his service as commander of the American air force in Italy, Glendinning was awarded the Italian Order of the Crown by the Italian King Victor Immanuel. He also served in the Spanish-American War. Before ending his military career as a colonel, he was awarded the Distinguished Service Medal by the United States government.