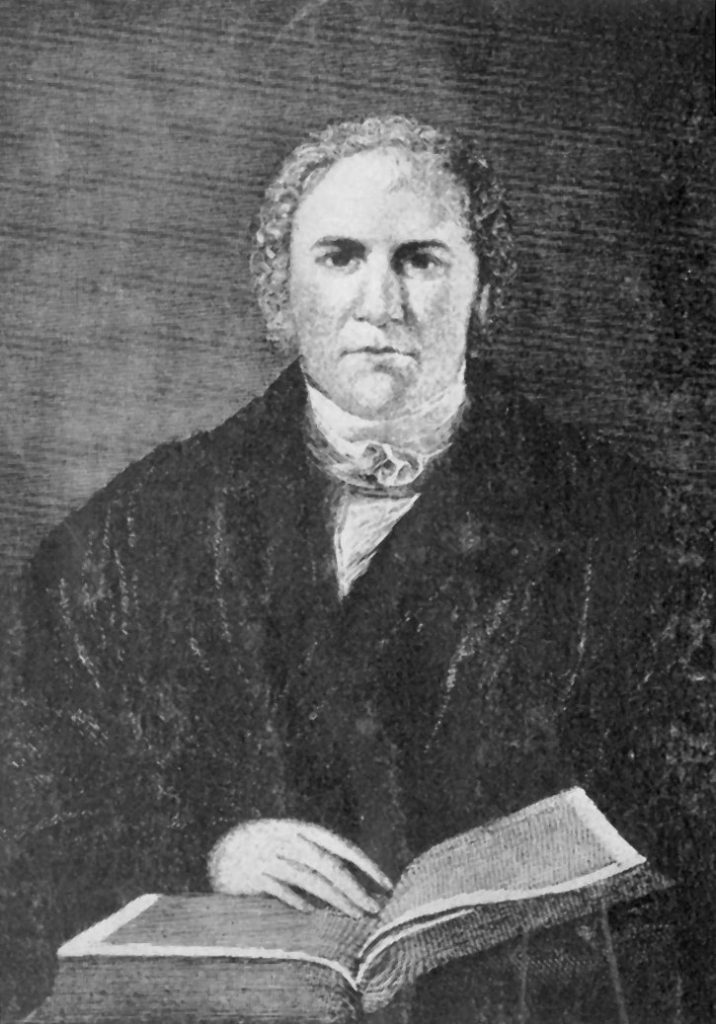 Robert Adrain was born in Carrickfergus, Ireland, on September 30, 1775, the son of a school teacher who also made mathematical instruments. His parents died when Robert was about fifteen, leaving him to support both himself and his four brothers and sisters. His employment as a teacher provided him with enough resources to marry Ann Pollock in 1798, the year of the Irish Rebellion. While an officer in the rebel army, Adrain received a severe wound; once well, he fled with his wife to America.

After arriving in America, Adrain headed a succession of private academies, as master of Princeton Academy in New Jersey, and principal of York County Academy and then of Reading Academy in Pennsylvania. From 1809 to 1813 Adrain was professor of mathematics in Queens College, now Rutgers College, resigning to accept the chair of mathematics and natural philosophy at Columbia, receiving the honorary degree of doctor of laws from Columbia in 1818. After his resignation from Columbia in 1825, he returned to Rutgers College as professor of mathematics, remaining until 1827 when he accepted the professorship of mathematics at the University of Pennsylvania. Adrain continued as a Penn faculty member until his resignation in 1834 because of problems with discipline in his classes. He returned to New Brunswick where he tutored privately and taught at the Columbia College Grammar School before retiring in 1840.

Adrain died in New Brunswick, New Jersey, on August 10, 1843. One of his seven children, Garnett Bowditch Adrain, would represent New Jersey as a Democratic member of the United States Congress from 1857 to 1861.