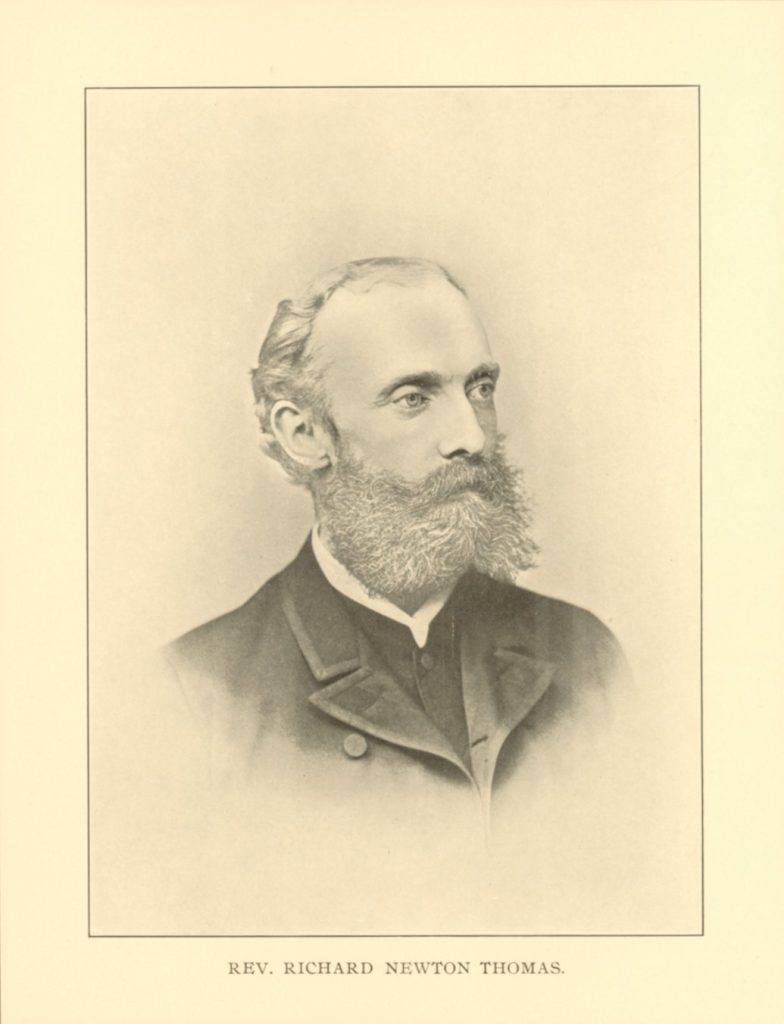 Richard Newton Thomas was born in Philadelphia on September 9, 1844, the son of John W. Thomas and Keziah S. Atkinson.

As an Episcopal priest, Thomas served St. Matthias Church, Trinity (Marylandville), and St. Phillip’s Church, all in Philadelphia. He was also for many years the editor of the American Sunday School Magazine. Thomas died in Philadelphia on June 2, 1905. He and his wife, Clara L. Horstmann, had a son, Walter H. Thomas, who graduated in the Class of 1899.