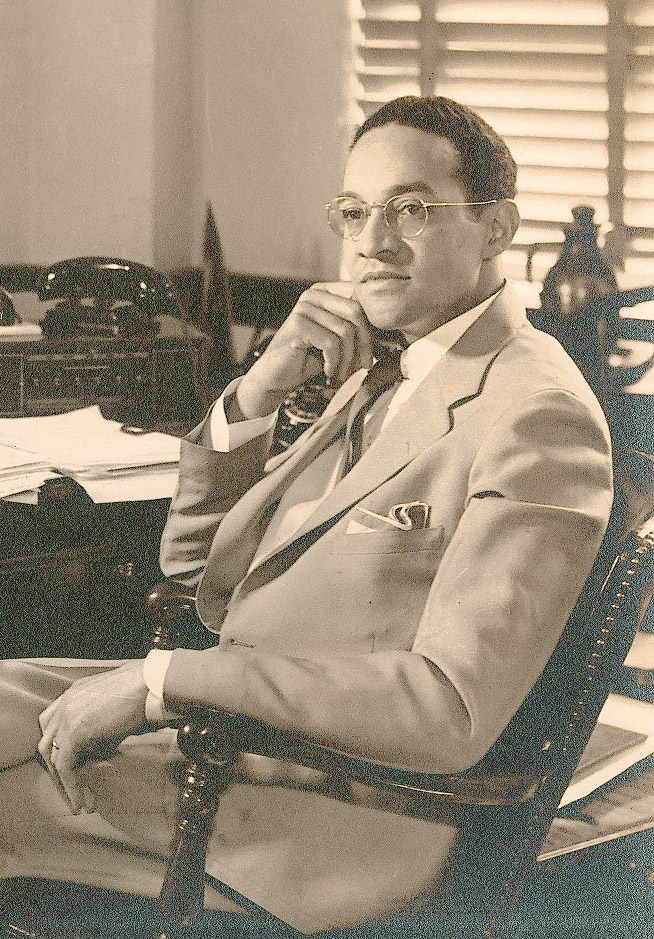 A native Philadelphian, Raymond Pace Alexander was born in 1897 into a large working class family. His mother died shortly after the birth of his youngest sibling, and Raymond was self-supporting from the age of twelve. He graduated from Central High School in 1917; entered the University of Pennsylvania in the fall of 1917; graduated from the Wharton School in 1920 and from Harvard Law School in June 1923.

From 1949 to 1951, he was active in the Clark-Dilworth reform democratic movement, supporting the Home Rule Charter for Philadelphia. In 1951, he won election to City Council under the new charter. He was re-elected to Council in 1955. From 1952 to 1956, he chaired the Committee on Recreation, and from 1956 to 1959, the Committee on Public Property and Public Works. In January, 1959, he was appointed to fill a vacancy on the Court of Common Pleas No. 4 by Governor George M. Leader. He was elected to a full ten-year term on the Court in the following November. After his term expired in 1970, he continued in the capacity of Senior Judge until his death in 1974.