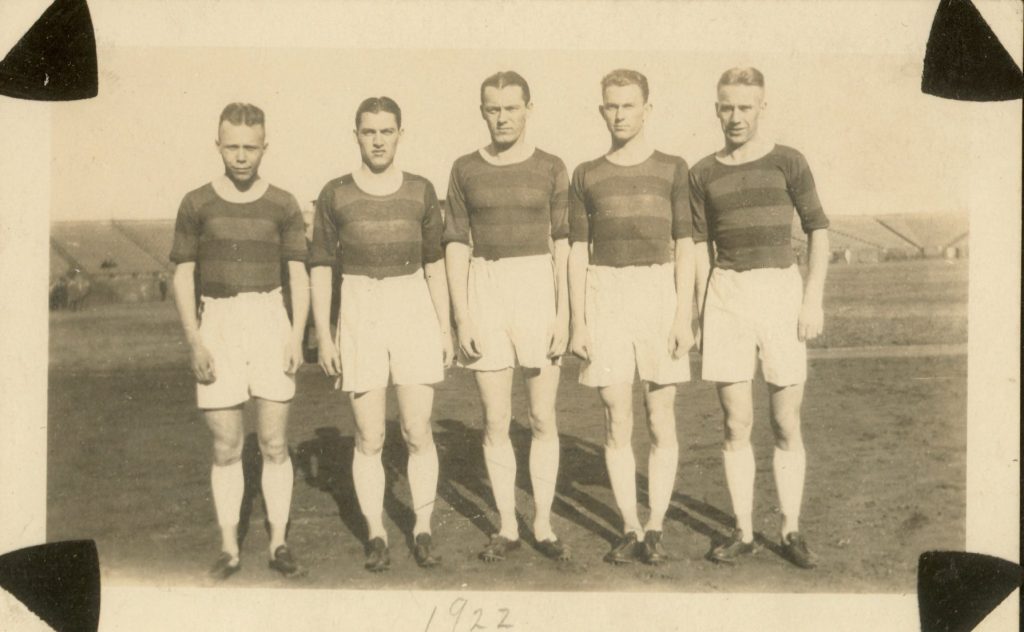 Lawrance Abercromby Brown was born in Seattle, Washington, on September 29th, 1898. After graduating from high school there, he matriculated at the University of Pennsylvania in 1918.

While at Penn, Brown was an active member of the Delta Phi fraternity, Merzbacher Club, Rocky Mountain Club, and the Sphinx Senior Society. It was on the track, however, that he would truly make a name for himself. As captain of the 1922 varsity track team he was a member of the relay teams that established world records in several relay events, including the mile and two mile relays. As an individual, he was an intercollegiate champion in the half mile and world record holder in the thousand yard run.

After graduating from Penn, Brown continued to run for the Penn Athletic Club. In 1924 he was a member of the U.S. Olympic team, running in the 1600 meter relay; he was the favorite in the 800 meter run, but did not race because of an injured Achilles tendon. Even though he failed to earn any medals, he continued his career in track for many more decades as an official at the Penn Relays until 1964. He also was a life-long tennis enthusiast, playing a respectable game even at age ninety.

When R. Tait McKenzie designed the Penn Relays medal in 1925, Brown was one of the four athletes who posed for the sculptor, along with Louis Madeira, George Orton, and Ted Meredith. Brown is on the far right.

After graduating from Penn with a degree in economics, Brown worked as an investment banker for nearly sixty years, retiring from Bruns, Nordeman & Ray Inc. in 1988. Always well-liked and respected, Brown was awarded the University’s Alumni Award of Merit in 1972. He died in Philadelphia on October 4th, 1993.