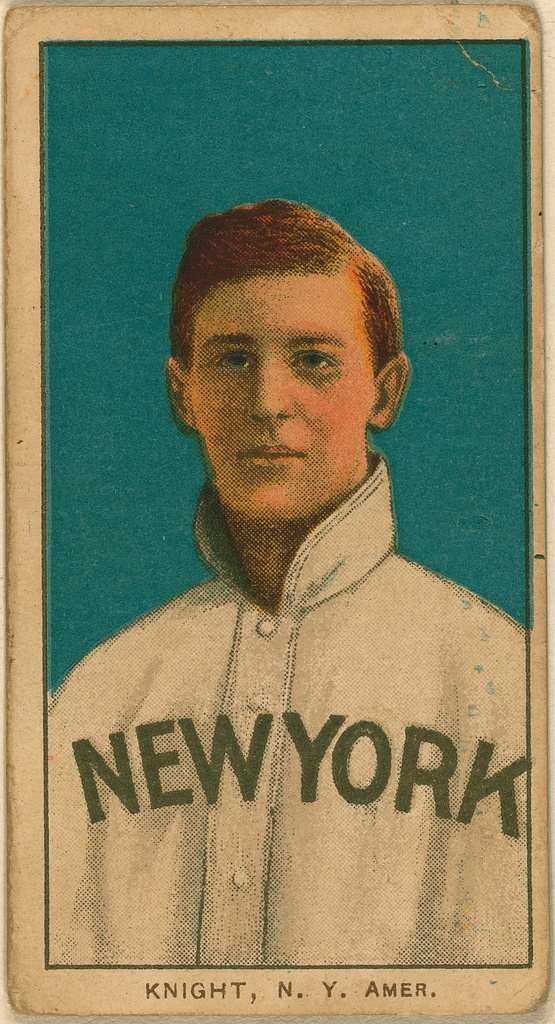 John Wesley Knight was born in Philadelphia on October 6, 1885.

A versatile baseball player who could play shortstop and any position on the field, Knight made his major league debut with the Philadelphia Athletics on April 14, 1905. During his lengthy major league career he also played for the Boston Red Sox, New York Highlanders, Washington Senators, and New York Yankees. He retired in 1913.

A year before his retirement from baseball, Knight was briefly a student in the University of Pennsylvania Dental School. There is no record of his playing baseball while at Penn.