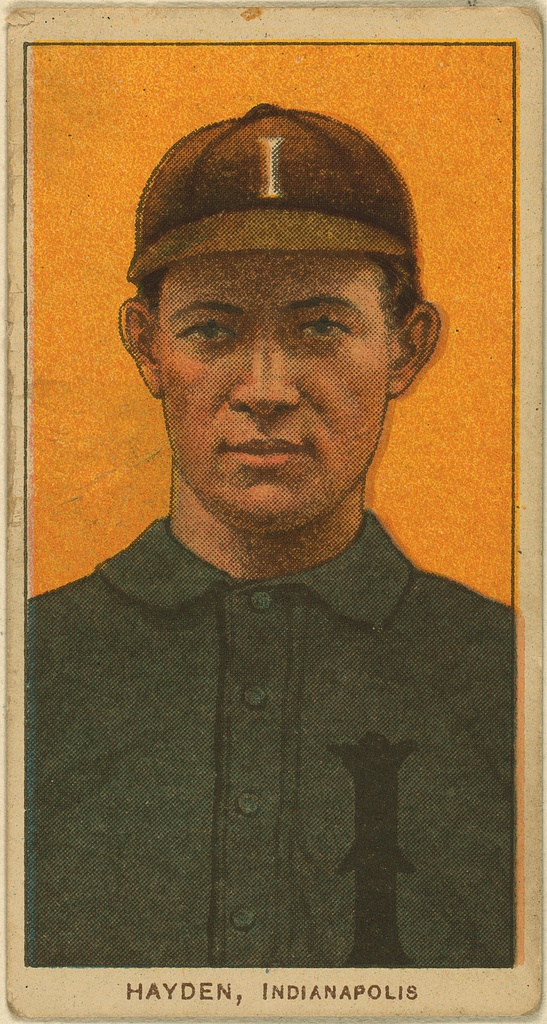 After graduating from Villanova, Hayden studied first medicine and then dentistry at the University of Pennsylvania from 1897 until 1900. There is no record of his participation in any Penn baseball team.

He later received his dentistry degree from the University of Maryland and practiced dentistry for a brief time before becoming a professional baseball player.

On April 26, 1901, he made his major league debut as a right fielder with Connie Mack’s Philadelphia Athletics. He played a total of three seasons as a major league player, including seasons with the Boston Pilgrims in 1906 and the Chicago Cubs in 1908. He also was involved with professional baseball as a player with clubs in Rochester, Baltimore, Indianapolis, and Louisville. The Library of Congress holds a baseball card for Jack Hayden while he was playing in Indianapolis; the card dates from 1909-1911.