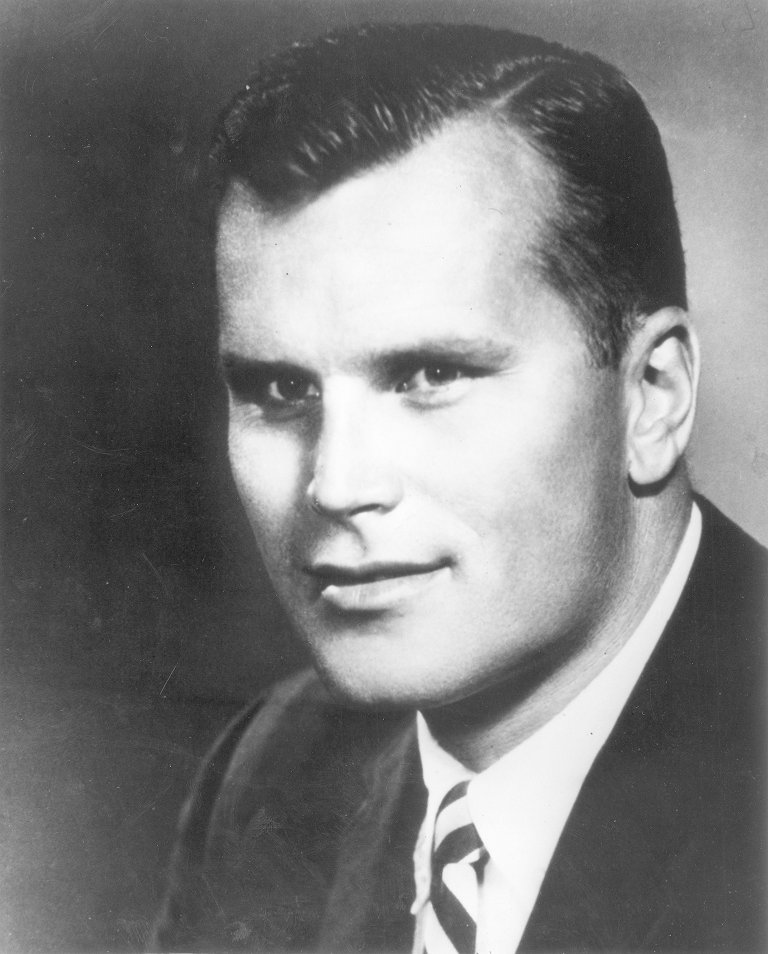 John Brenden “Jack” Kelly, Jr., was born in Philadelphia, Pennsylvania, on May 24th, 1927, the son of John Kelly, Sr., and his wife, Margaret Majer Kelly. The elder Kelly, an Irish immigrant who achieved wealth and success in the bricklaying business, was an outstanding rower, winning two gold medals (single and double skulls) in the 1920 Antwerp Olympics and one gold medal (double skull) at the 1924 Paris Olympics. Margaret Kelly had been a physical education instructor at the University of Pennsylvania, and the first coach of women’s sports teams at Penn. John and Margaret Kelly established a wealthy, successful clan; their four children included not just Jack Kelly, but also Grace Kelly, the legendary actress who became Princess Grace of Monaco.

After entering the College of the University of Pennsylvania in 1946, John Kelly, Jr., became active in the Newman Club, Phi Kappa Beta, and the Sphinx Senior Honor Society. He also served as president of his fraternity, Kappa Sigma, and as a member of the Inter-Fraternity Council. The 1950 yearbook includes a six page pictorial spread (beginning on page 260) detailing Jack Kelly’s activities at the interfraternity weekend; his date was Bebe Shopp, Miss America of 1948. Kelly was best known, however, as a varsity rower.

While a student at Penn, Kelly participated in the 1948 Olympics as a rower in the single sculls event but failed to earn a medal until his third attempt in 1956. He also won the gold medal at the 1955 Pan American Games in Mexico City, was a United States national champion five times, and won Canadian, Swiss, and many other European championships during his years as a competitive rower. His last Olympic attempt as an athlete was in 1960, but after that he continued to be active in the Olympics, serving in 1964 as manager of the eight-man boat, in 1968 as a member of the committee for the modern pentathlon, and then in other capacities before being elected as president of the United States Olympic Committee in 1985.

Aside from his athletic accomplishments, Kelly went into his father’s bricklaying business and was active in the Philadelphia social scene and in many philanthropic and civic agencies. Throughout his tenure at John B. Kelley Incorporated, Jack Kelley was president and director of the Philadelphia Athletic Club and director of the Pennsylvania Ballet. He also served on the Philadelphia City Council as a councilman-at-large for twelve years, as a director of Lincoln National Bank and as chairman of the 1976 World’s Fair in Philadelphia. Kelly was also generous with his wealth and gave regularly to a number of charities including several funds at the University of Pennsylvania. He was inducted into the Pennsylvania Sports Hall of Fame in 1969.