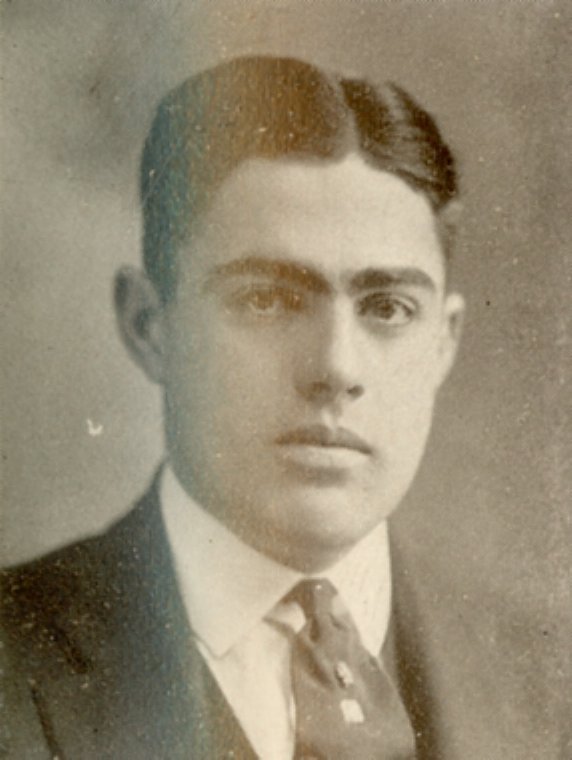 James Edwin (Ted) Meredith was born in Chester Heights, Pennsylvania, on November 11, 1891. He attended Mercersburg Academy after graduating from Media High School before entering the University of Pennsylvania in 1912.

The summer before he matriculated at Penn at the age of nineteen years, Meredith participated in the 1912 Olympics as a member of the U.S. team. Here he set a world record of 1:51.9 minutes for the 800 meter run, which would stand for fourteen years. He also helped his team set a world record in 1600 meter relay to earn himself his second gold medal of these Olympic Games in Stockholm, Sweden.

After the Olympics, Ted Meredith came to Penn, where he ran under the tutelage of legendary coach Mike Murphy. As a member of Penn’s track team, he set another world record, this time for the 400 meter run with a time of 47.4 seconds. That time would not be broken until 1932 when Ben Eastman ran the race in 46.4 seconds. Upon his graduation from the University, Meredith ran in several graduate relay races before announcing his retirement from the track.

During World War I, Meredith became an aviator and flew with the allied forces during the war. As a captain in the aviation section of the Army Signal Corps in 1917, he participated in combat over the German lines. After the war, Meredith decided to revive his track career, but when he returned empty-handed from the 1920 Olympics, he hung up his track shoes for good. Instead of competing himself, Meredith took a job as the assistant track coach to Lawson Robertson at the University of Pennsylvania.

In 1934, Meredith unsuccessfully campaigned for a spot as the Democratic candidate for the State Legislature in Montgomery County. The University granted him a leave of absence in 1935 to permit him to coach the Czechoslovakian track team, which competed in the 1936 Olympic Games at Berlin. Upon returning to the United States, he accepted a job working with the Internal Revenue Service. He retired just two years before suffering the stroke which led to his untimely death on November 2, 1957.