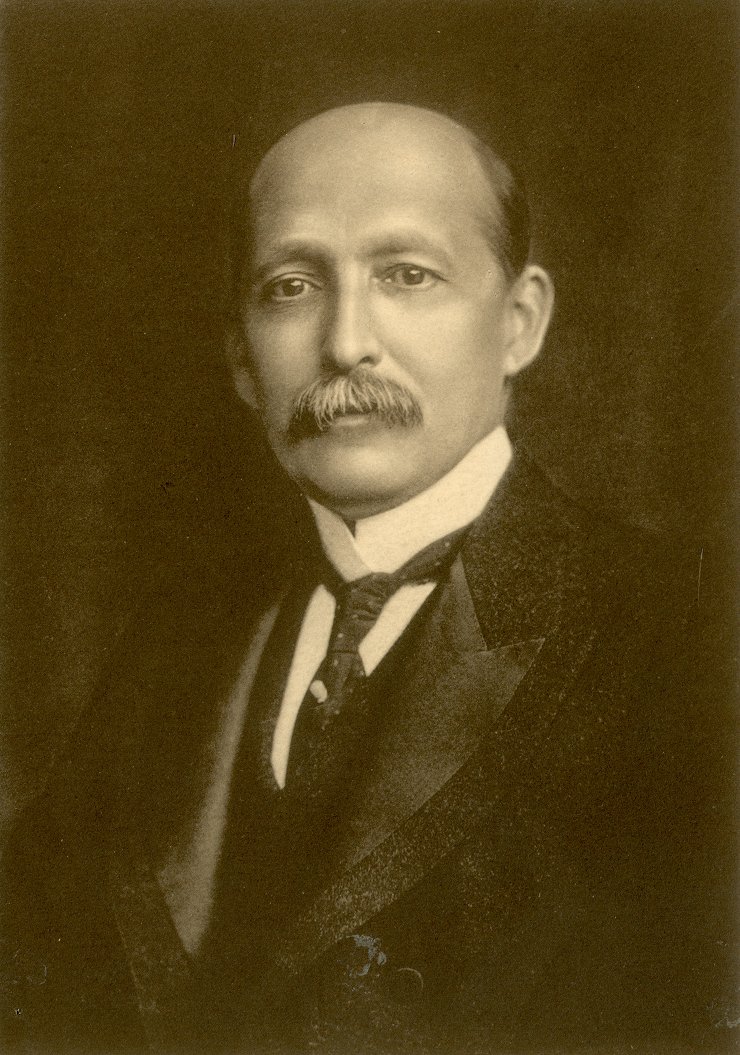 Henry Laussat Geyelin was born in Philadelphia in 1857 and was educated early on at the Hastings Academy and the Episcopal Academy before matriculating at the University of Pennsylvania in 1873.

During his College years, Geyelin was a member of the Philomathean Society and of Phi Kappa Sigma fraternity. He was a vice president of his junior class, and later president of his Law School class.

It was in athletics, however, that Geyelin had the biggest impact on Penn. As an undergraduate, Geyelin was a member of the University track team and of Penn’s first University football team. On July 15, 1875, he was the first athlete to represent Penn in intercollegiate track competition at the Saratoga intercollegiate meet. Not only did Geyelin win the intercollegiate championship in this event, by wearing a red and blue cap, he also became the first Penn athlete to compete wearing the red and blue, later chosen as Penn’s school colors.

Geyelin was a founding member of the Athletic Association formed by Penn students in 1875, serving as its president in 1877. Then in 1883, he was one of the alumni and students who founded the Athletic Association of the University of Pennsylvania; he served as an officer and director for the rest of the century, including terms as president from 1894 to 1913. When famous track coach Mike Murphy was brought to Penn, it was thanks to the efforts of Henry Geyelin and his desire to make Penn into an athletic giant. Geyelin was influential in athletics beyond Penn as well, helping to draft the first constitution for newly incorporated Intercollegiate Athletic Association.

After earning his law degree in 1879 Geyelin was admitted to the Philadelphia Bar and began practicing right away. That year he was elected treasurer of the Law Academy of Philadelphia; later he became vice president and then president of this organization. At the Lincoln Institution, he worked as a solicitor and also served on the board of directors, including in the capacity of treasurer. He was an incorporator and board member of the University Club of Pennsylvania and the Radnor Hunt Club. Geyelin was also a trustee of the Drexel Institute and was a member of such clubs as the Philadelphia Club, University Athletic Club, the University Barge Club, the American Bar Association, and the Pennsylvania Bar Association.

Without the influence of Henry Geyelin, athletics at the University of Pennsylvania would not have received the push that it needed to become an integral part of university life as soon as it did. His actions led directly to the creation of the Athletic Association of the University of Pennsylvania and gave the school colors to rally behind and teams to support. When he died in 1921, Geyelin was known as the “Father of Penn Athletics.”