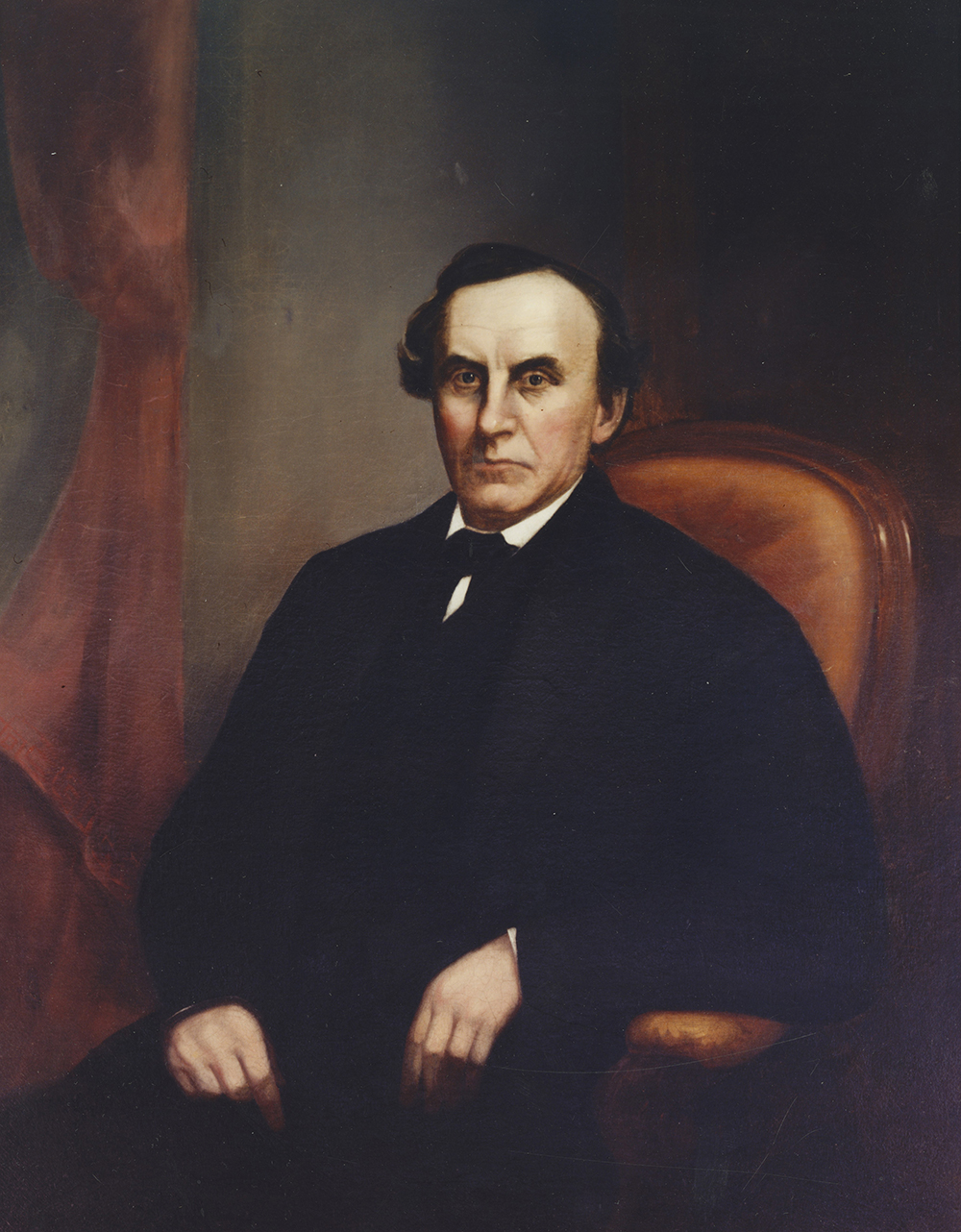 George Sharswood was born in Philadelphia on July 7, 1810, the son of merchant George Sharswood and his wife Esther Dunn. He entered the College of the University of Pennsylvania in 1825, and received his A.B. in 1828. He studied law in the offices of Joseph R. Ingersoll and was admitted to the Pennsylvania bar in 1831. Even after passing the bar, Sharswood devoted more energy to continuing his study of law than to its active practice. He served two terms in the Pennsylvania State Legislature, from 1837 to 1838 and 1842 to 1843. In 1845, he was commissioned a judge of the District Court of Philadelphia. Sharswood was also associated with the Law Academy Philadelphia, serving as its president in 1836, vice provost from 1838 to 1855, and provost from 1855 until his death.

In 1850, Sharswood began his association with the University of Pennsylvania as a professor of law. He originated a broad, two-year course of study embracing subjects such as international law, constitutional law, corporations, mercantile and real estate law, and jurisprudence. Two years later, in 1852, the Faculty of Law was officially re-established at the University and the faculty expanded to three. At this time Sharwood was made dean as well as professor of the institutes of law, positions he held until he was named to the Pennsylvania Supreme Court. In 1872, he was elected to the University’s Board of Trustees.

Sharswood was elevated the Supreme Court of Pennyslvania in 1867, precipitating his 1868 retirement from teaching. He became Chief Justice in 1872, retiring in 1882 at the end of his term. In addition to his distinguished legal career, Sharswood was great scholar of classical languages, peppering his lectures with quotations in Latin and Greek. He frequently read, and discussed the Greek New Testament and could also read the Old Testament in Hebrew. Sharswood died in Philadelphia on May 28, 1883.