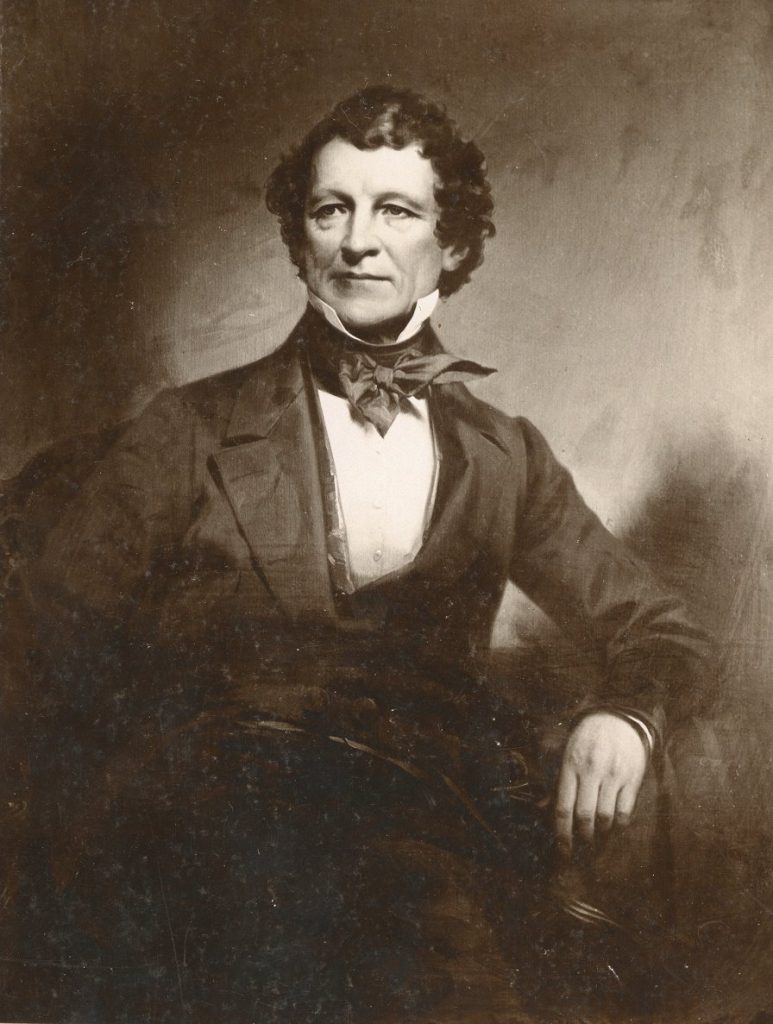 George Bacon Wood was born into a Quaker family in Greenwich, Cumberland County, New Jersey, March 13, 1797. His parents, Richard Wood and Elizabeth Bacon, were farmers. He received his early education in New York City, and entered the College of the University of Pennsylvania in 1812. After receiving his A.B. in 1815, he proceeded immediately to Penn’s medical school and received his M.D. in 1818.

Wood quickly established himself in a successful medical practice. He was attending physician at the Pennsylvania Institute for the Deaf and Dumb from 1822 to 1844 and at Pennsylvania Hospital from 1835 to 1844. However, Wood was notable primarily for his teaching, professional leadership, and philanthropy.

Wood first taught at the Philadelphia College of Pharmacy, beginning in 1822 as professor of chemistry and then in 1831 becoming professor of materia medica. He concluded his teaching at the College of Pharmacy in 1835 when he was named professor of materia medica at the University of Pennsylvania; in 1850 he became professor of the theory and practice of medicine, a position he held until he retired in 1860. In 1863 he was elected to Penn’s board of trustees, where he remained until his death. In 1865 Wood endowed an Auxiliary Faculty of Medicine at Penn with five chairs in zoology and comparative anatomy; botany; mineralogy and geology; hygiene; and medical jurisprudence and toxicology. Up until 1855 he continued to instruct medical students privately as well.

Wood was connected with many other institutions during his career. He was an attendant physician at the Pennsylvania Institute for the Deaf and Dumb from 1822 to 1844 and at Philadelphia Hospital (later Philadelphia General Hospital) from 1835 to 1859. He was president of the American Philosophical Society from 1859 until his death, of the American Medical Association from 1855 to 1856, and also for many years, of Philadelphia’s College of Physicians. Wood was also the author of many books, most notably the Dispensatory of the United States with Dr. Franklin Bache in 1833, and Treatise on the Practice of Medicine in 1847.

Wood was a man of many interests and accomplishments. He traveled extensively in the United States and made three trips to Europe, including one of two years duration from 1860 to 1862. His journals included entries related to geology and art; his published works included history and poetry; and he cultivated medicinal plants in his own conservatory. Wood married Caroline Hahn, a wealthy woman from a Lutheran family; they had no children. He died in Philadelphia on March 30, 1879.