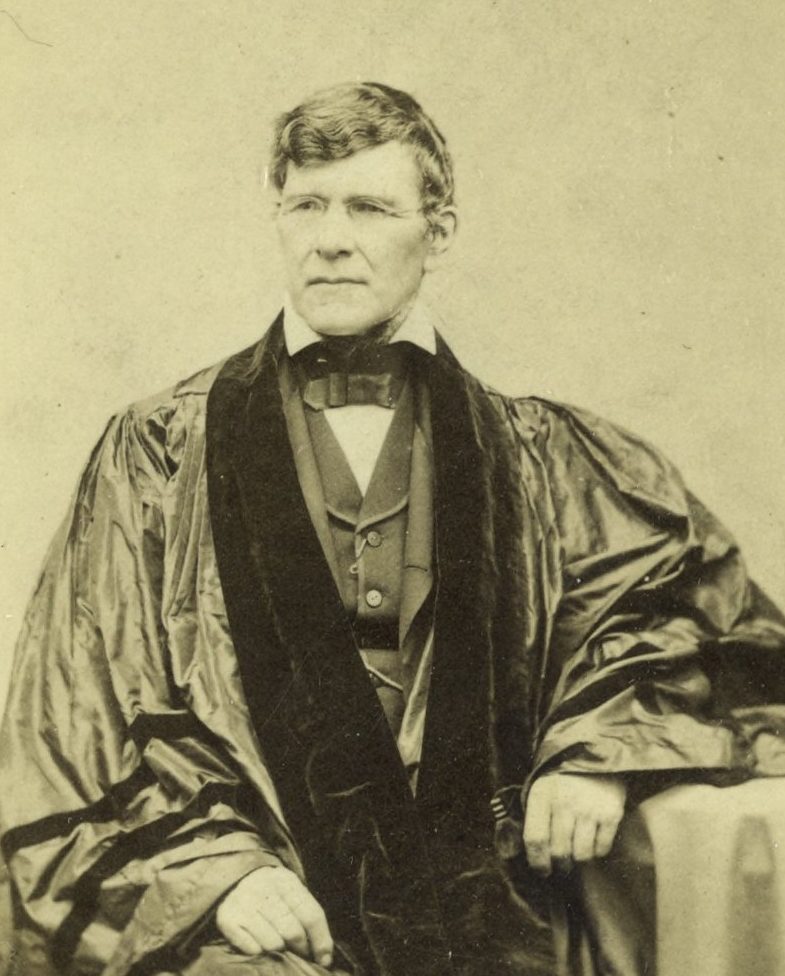 George Allen, professor of Greek languages and literature, was born in Milton, Vermont, on December 7, 1808. His father, Herman Allen, was a respected lawyer and had served as a member of Congress.

Although raised in the Congregationalist, George Allen joined the Episcopal Church as a young man in 1824 and was ordained a minister in that church in 1834. Later in his life, in 1847, Allen was converted to Roman Catholicism, likely by the influence of John Henry Newman. It is notable that his conversion did not appear to damage his relationships with his colleagues at Penn, then a strongly Protestant institution.

Allen graduated from the University of Vermont in 1827 and remained there for two years as a substitute for one of the professors of languages. After leaving this post he studied law and was admitted to the Vermont bar in 1834. In 1837 Allen resigned his ministry in the Episcopal Church and accepted a position teaching ancient languages at Delaware College; he continued in this post until 1845 when he became professor of languages at the University of Pennsylvania.

Allen married Mary Hancock Withington in 1831; they had four children. He died in Worcester, Massachusetts, on May 28, 1876.