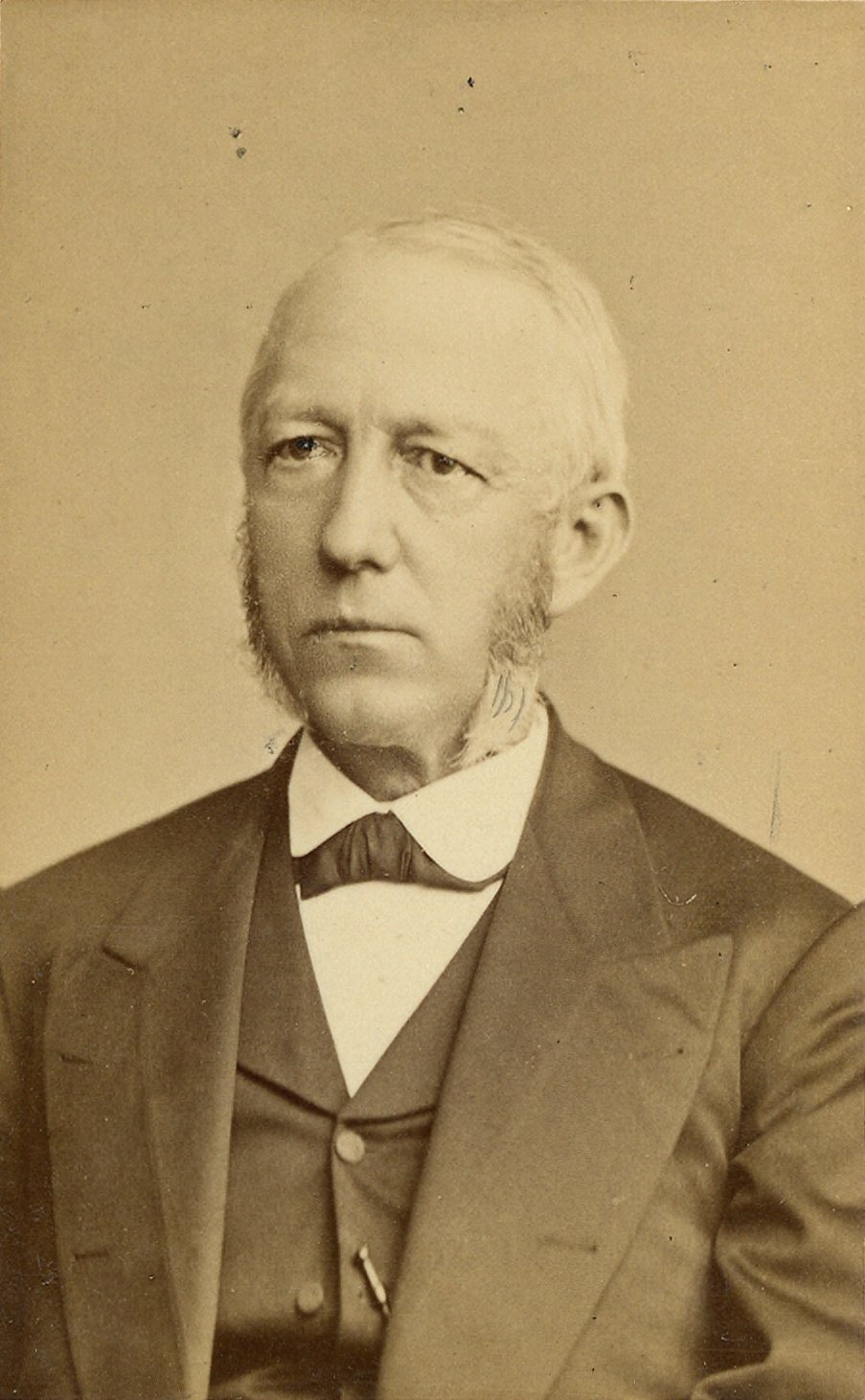 Rev. Dr. Frederick Augustus Muhlenberg was a renowned Lutheran clergyman in the Pennsylvania Lutheran ministrum as well as the president of Muhlenberg College in Allentown, Pennsylvania. Born in Lancaster on August 25, 1818, he was the son of Frederick Augustus Hall Muhlenberg (ca. 1795-1867), M.D. 1814, and his first wife, Elizabeth Schaum. His grandfather Gotthilf Henry Ernest Muhlenberg (1753-1815), A.M. (hon.) 1780, a botanist, had been the first president of Franklin College. His great-grandfather Henry Melchior Muhlenberg was the founder of the Lutheran Church in America.

Frederick Muhlenberg enrolled in Pennsylvania College (now Gettysburg College) in 1833, before transferring to Jefferson College (now Washington and Jefferson College) where he graduated in 1836. He then continued his studies at Princeton Theological Seminary from 1837 to 1838. Muhlenberg then returned to Lancaster, where he first taught in a private classical school and then, in 1840, gained a position as professor at Franklin College. Dr. Muhlenberg married Catharine Anna Muhlenberg in 1848; together they would have six sons. From 1850 to 1867, he was at Pennsylvania College, holding the position of professor of Greek and also serving as college librarian and, after his 1854 ordination as a Lutheran minister, as a minister in local churches.

In 1867 he became the first president of Muhlenberg College, established in Allentown by the Lutheran Synod, named after his great-grandfather. For the next ten years Muhlenberg worked to establish the new college’s endowment, faculty, buildings and student body.

In 1876 Muhlenberg moved to Philadelphia to take the position of professor of Greek at the University of Pennsylvania. He held this position until 1888, continuing also to be involved in Lutheran affairs and preaching at Sunday services.

He moved to Reading in 1889 to live with one of his sons. In 1891 was called once more to become a college president, this time of Thiel College, a Lutheran college in Greenville, Pennsylvania. After suffering a stroke in 1893, he returned to live with his son in Reading. He passed away on March 21, 1901.