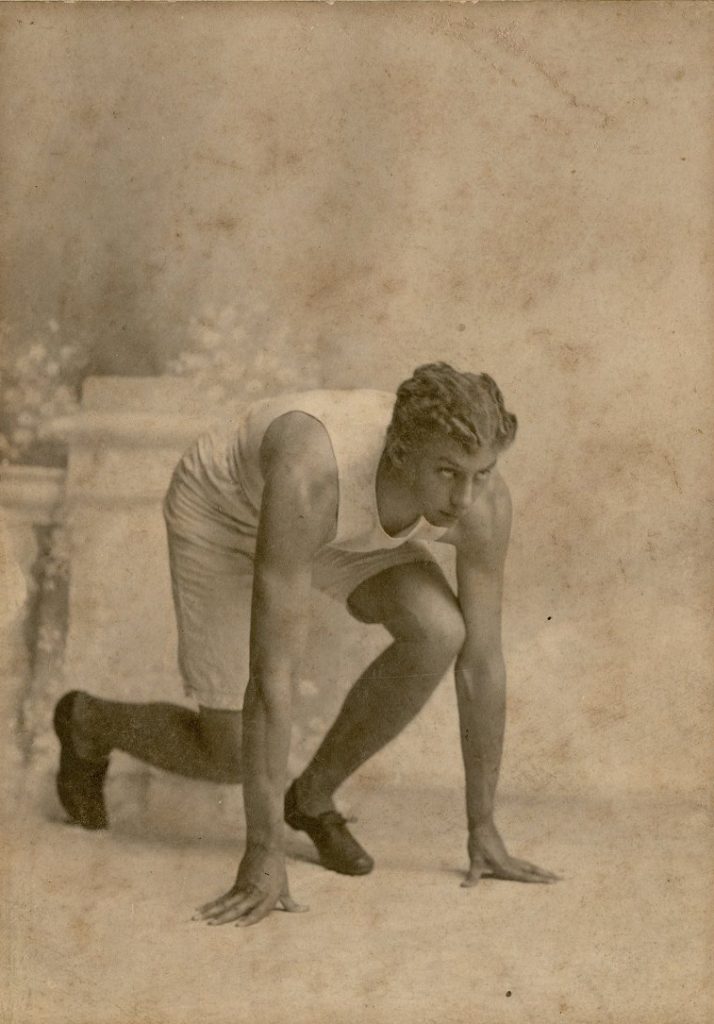 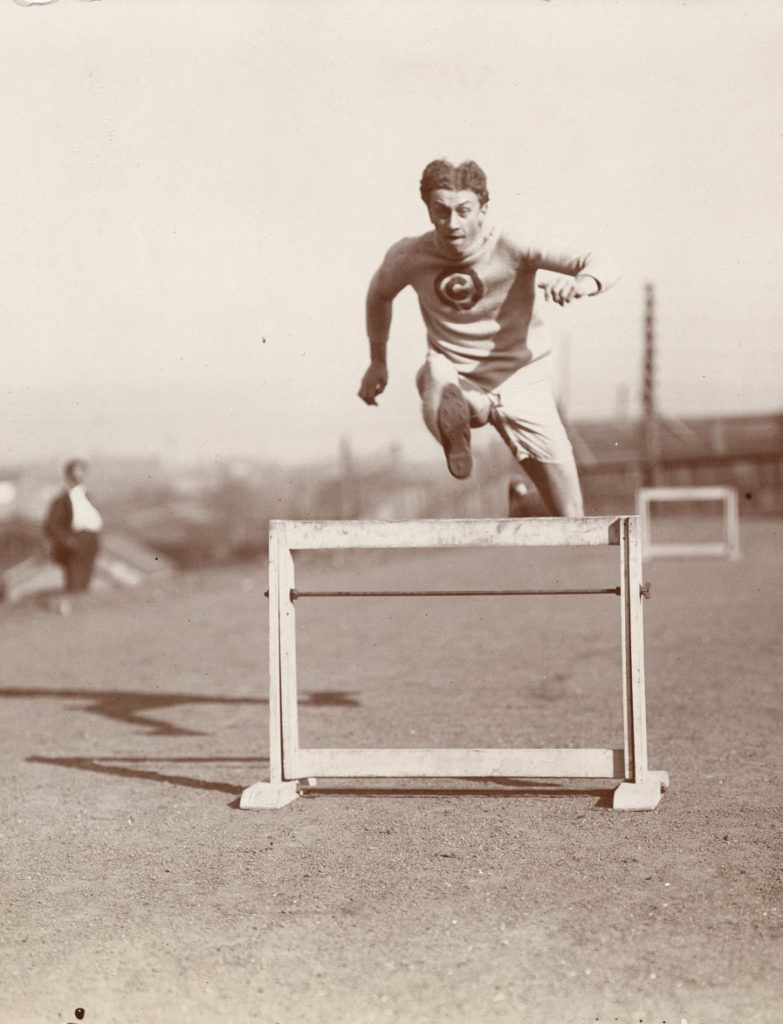 Alvin Christian Kraenzlein was born in Minneapolis, Minnesota, on December 6, 1876, to German immigrants Johann Georg Kränzlein and Maria Augusta Schmidt. The family moved to Milwaukee, Wisconsin, soon after he was born. He began competitive running and jumping at Milwaukee’s East Side High School where his special talents quickly caught the eye of local athletes. After enrolling at the University of Wisconsin in 1895, he dominated his intercollegiate opponents in many speed events. Mike Murphy, the University of Pennsylvania’s famed track coach, soon noticed Kraenzlein and influenced him to come to Penn. Murphy would later describe Kraenzlein as the “world’s best all around athlete of his time.”

As a member of the Penn track teams of 1898, 1899, and 1900, Kraenzlein set nine records in intercollegiate and Olympic competition. In the 1900 Olympic Games, Alvin set a record by winning four individual gold medals: the 60-meter run, the 110 meter hurdles, the 200 meter hurdles, and the long jump. This feat would not be duplicated until Jesse Owens won four gold medals at the 1936 Olympics in Berlin. Kraenzlein’s record accumulation of 18 points at the 1900 Intercollegiate Championships, propelling the Penn team to another victory in that arena, was just as noteworthy as his Olympic achievements in the eyes of his contemporaries.

After receiving his dental degree in 1900, Alvin coached track teams at Mercersburg Academy and the University of Michigan and led both teams to very successful programs. In 1913 he signed a five-year contract to coach the German Olympic team for a reported salary of $50,000. Kraenzlein did go to Germany under the contract to begin training the Kaiser’s Olympic team and lived in Berlin until the Kaiser warned him that war was going to break out and it would be wise to leave. He returned just before the war broke out. After the war his coaching positions included time with the Cuba track and field team. In August of 1927, Dr. Kraenzlein fell seriously ill with heart disease and within five months, on January 6, 1928, in Wilkes Barre, Pennsylvania, he succumbed to his illness. Upon his death he was still revered as the best athlete ever to wear the Red and Blue of the University of Pennsylvania and, in some people’s view, the best athlete of their time.

Alvin Kraenzlein married Claudine Gilman, daughter of the artists Claudine Scott Gilman and Benjamin Ferris Gilman, in 1902. They had one child who lived to adulthood — Claudine Gilman Tvede.