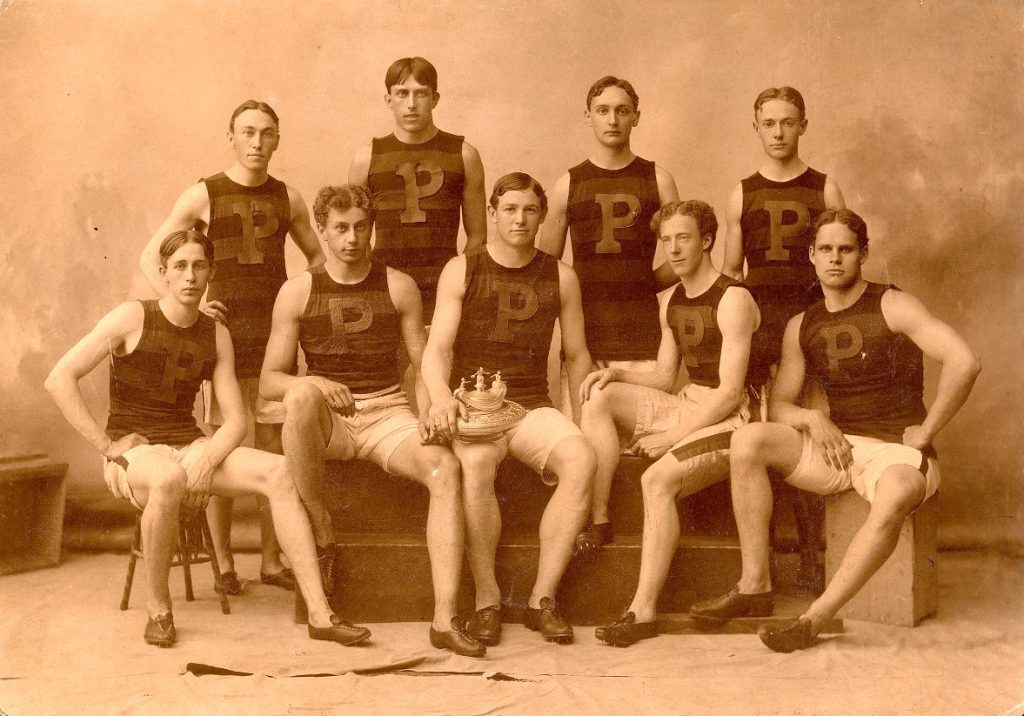 Alexander Grant was born in rural Canada on April 16, 1874, and according to his daughter, remained a Canadian citizen throughout his life. After graduating from the St. Mary’s Collegiate Institute at Toronto University, he matriculated at the University of Pennsylvania. At Penn he was awarded a University Scholarship.

During each of his four years at Penn, Grant ran for the Penn track tream, with many first and second place finishes to his credit in relays and races of varying lengths. While at Penn, Grant was the U.S. champion in the 800 meter run in 1900. As a member of the U.S. track team at the 1900 Paris Olympics, Grant ran in the 800 meter event, but did not win a medal. He was also scheduled to run in the 4000 meter steeplechase, but as a devout Presbyterian, refused to participate when the race was rescheduled to a Sunday.

Having studied European history at Penn, Alexander Grant became a teacher, teaching at the Berkley School in New York, Detroit University, the Hill School in Pottstown, Pennsylvania, and then from 1914 on, at Episcopal Academy. In 1903 Grant joined with Dr. Josiah McCracken and Dr. George Orton to found Camp Tecumseh on Lake Winnipesaukee, New Hampshire. He remained president of the camp until his death.