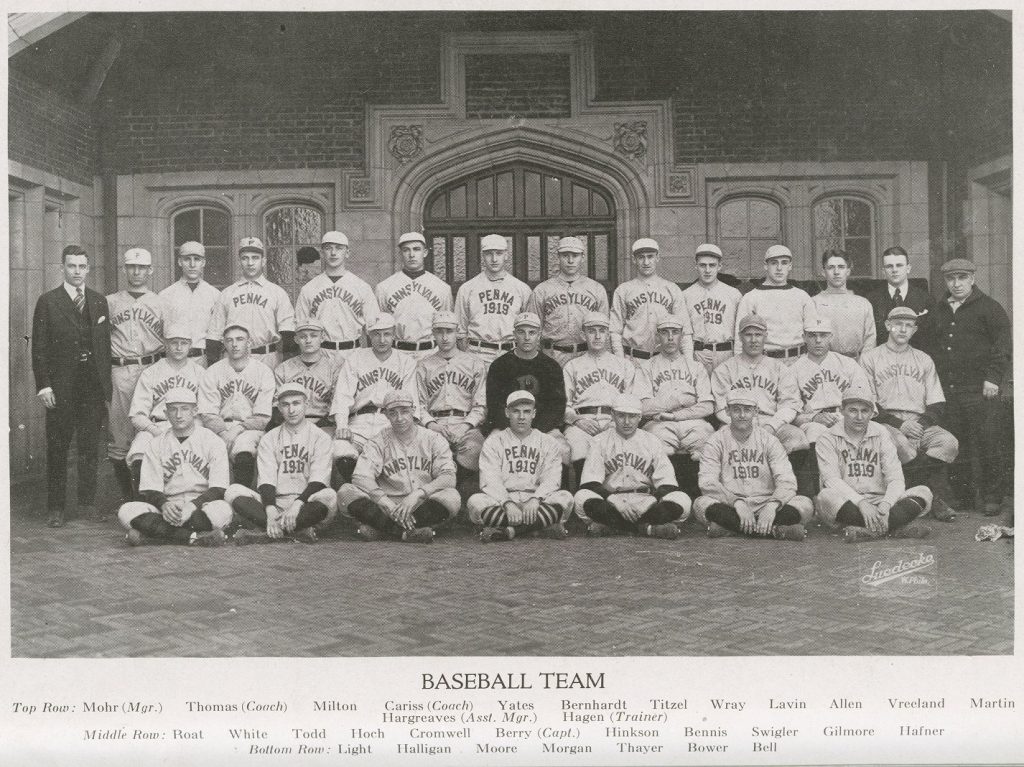 Adam William Swigler was born in Philadelphia on September 21, 1895. During his three years in the University of Pennsylvania Dental School, Swigler was a member of the Funnel Society and the Sigma Phi Epsilon fraternity. A versatile athlete who came to the University on a baseball scholarship, he was a four-letter man on the baseball, football, basketball, and track teams.

Swigler, a pitcher, made his major league baseball debut with the New York Giants on September 25, 1917, but because of an arm injury, he played for only one season.

The following year Swigler returned to Penn as freshman baseball coach. About this time he also served as a first lieutenant in the Army Dental Corps during World War I. He practiced dentistry in Philadelphia, but also continued to play baseball for semiprofessional teams in the Philadelphia area. He died in Philadelphia on February 5, 1975.