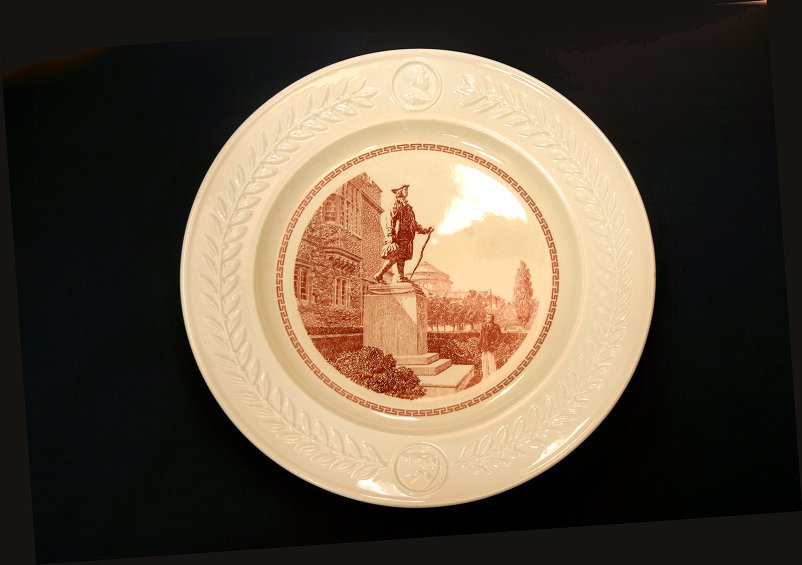 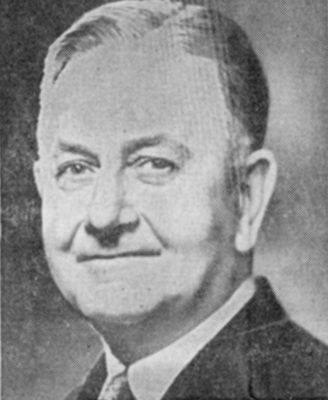 Roy Frank Larson (1893-1973), B.S. 1923
Get more image details
This statue depicts Ben Franklin as he may have appeared in 1723, when he first came to Philadelphia. It stands outside Weightman Hall, on 33rd Street between Spruce and Walnut Streets. R. Tait McKenzie created the statue, which stands on a base designed by Paul P. Cret.

Roy Frank Larson was born in Minneapolis, Minnesota in 1893. Prior to matriculating at the University of Pennsylvania, Larson worked in several architectural firms in Chicago, Illinois, and also served as an army lieutenant during World War I. He earned the degree of Bachelor of Science in Architecture (B.S. in Arch.) with Penn’s Class of 1923. While a student at Penn, Larson earned the Huckel Prize, the Faculty Medal, and the Arthur Spayd Brooke Prize. In 1924 he won the Walter Cope Memorial Prize for his design for remodeling of Franklin Square. Later in his life, Larson served as an associate trustee of the University of Pennsylvania.

After his graduation, Larson began work at the firm of Paul P. Cret. When Cret died in 1945, Larson’s name was put on the letterhead of the reorganized firm of Harbeson, Hough, Livingston & Larson. He remained in that firm until his retirement in 1970, playing a leading role in that firm’s design and construction of Van Pelt Library (1962) at the University of Pennsylvania.

Another highlight of Larson’s career was his role in the planning of Independence Mall in Philadelphia. He also received the honorary degree of Doctor of Fine Arts (D.F.A.) from the Moore College of Art. 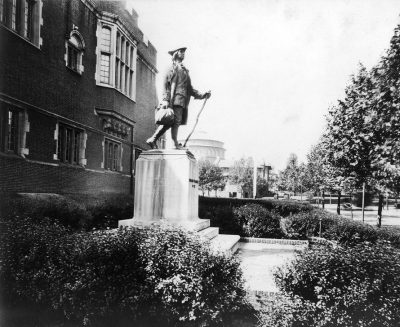 Statue of Young Benjamin Franklin by R. Tait McKenzie, statue and base, 1914
Get more image details
See our exhibit on the Young Franklin statue.