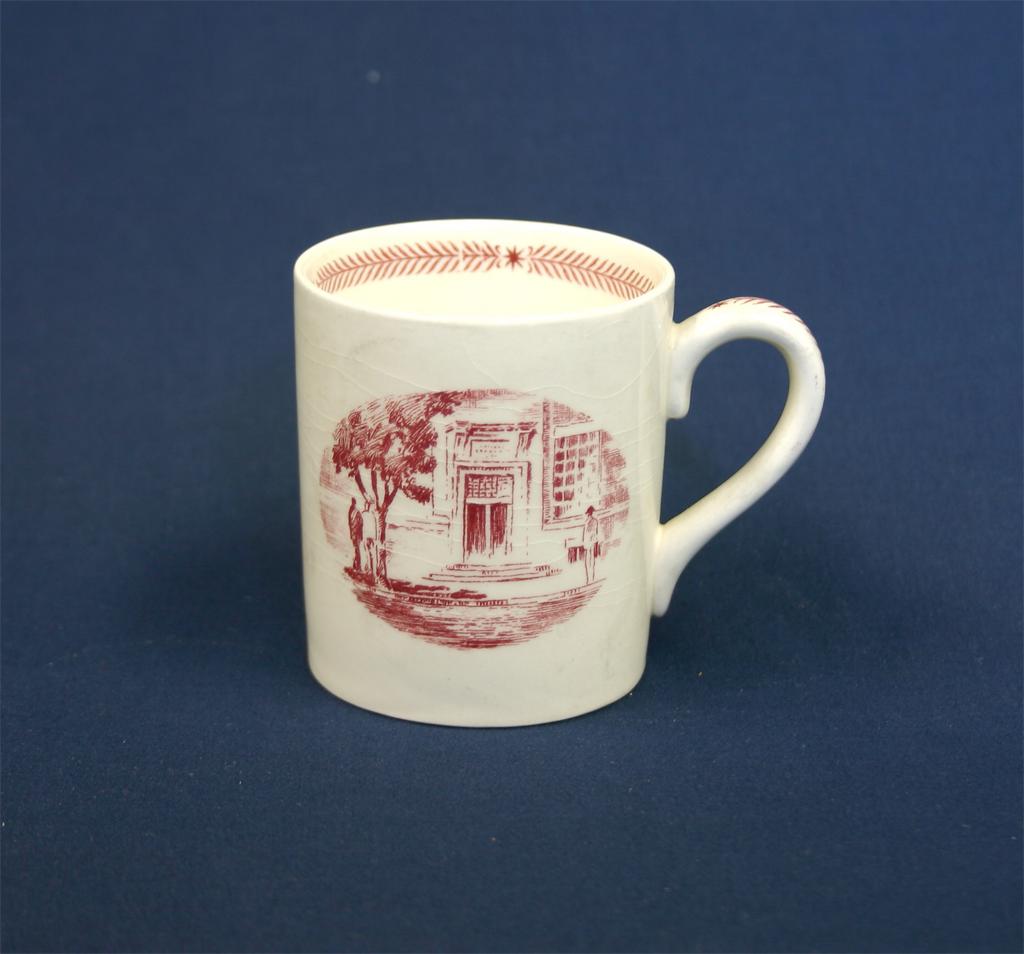 Theophilus Ballou White drew the sketch of the Moore School Doorway which appears on this University of Pennsylvania Bicentennial Wedgewood china demitasse cup. He was a born in Norfolk, Virginia in 1903 and came to Philadelphia to study architecture at the University of Pennsylvania. He earned the degree of Bachelor of Science in Architecture (B.S. in Arch.) with the Class of 1925.

After graduation, White went to work in the firm run by Penn professor Paul Philippe Cret. He left that firm in 1939. During the Second World War, he served as a major in the Army Corps of Engineers. After the war he started a firm with two other architects, a firm which continued, albeit with a slightly different roster, into the 1970s. White became a fellow in the American Institute of Architects in 1963. He designed the University of Pennsylvania’s faculty club and several buildings at the Philadelphia Zoo; however, he was just as well known for his books on Philadelphia architecture. His books focused on colonial and nineteenth century architecture in Philadelphia. White died in Villanova, Pennsylvania in 1978. 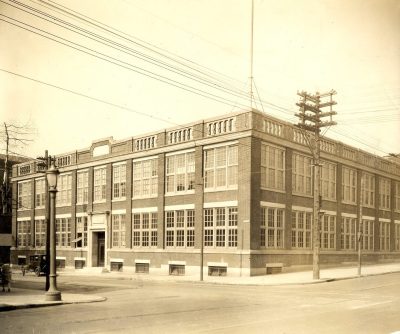 Moore School (originally the Pepper Musical Instrument Factory, built 1909), 1929
Get more image details
The Moore School was a gift to the University from Alfred Filter Moore. A former musical instrument factory, the building required alterations before it could be used by the engineering department of the Towne School. When the engineering department was able to move in to the building in 1923, it became a separate school, known as the Moore School. This engineering school has since reunited with the Towne School and taken the name of the School of Engineering and Applied Science. Paul Philippe Cret was responsible for the initial alterations; Alfred Bendiner designed an additional floor for the building in 1940.