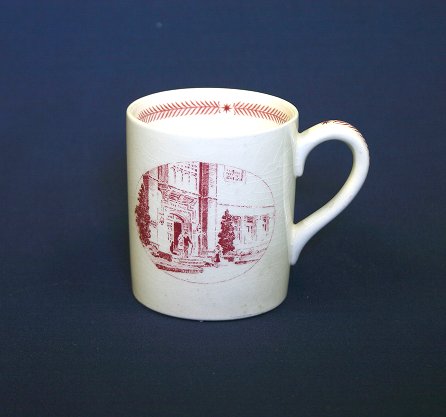 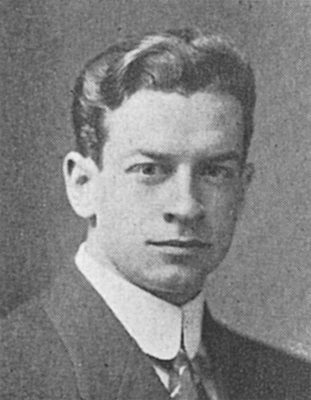 Harry Ewing Parker, c. 1915
Get more image details
Harry Ewing Parker drew the sketch which appears on the University of Pennsylvania Bicentennial Wedgwood china demitasse cup, Bennett Hall Entrance. He was born in Southampton, Pennsylvania in 1887 and attended George School before he matriculated at the University of Pennsylvania in 1906. He earned the degree of Bachelor of Arts in Architecture (A.B. in Arch.) in 1910 and the degree of Master of Arts (A.M.) in 1913.

During World War I he served as a lieutenant in France. Each year at the Graduate School of Arts and Sciences, the Harry Parker Construction Medal is given to a deserving graduate student. 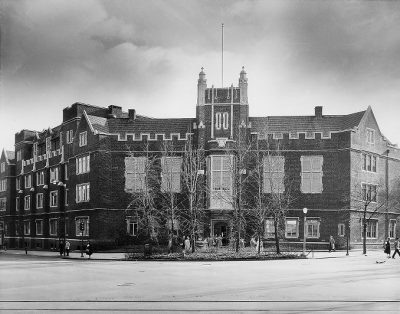 Bennett Hall, 1956
Get more image details
Bennett Hall was constructed between 1923 and 1925 on land willed to the University of Pennsylvania by Joseph Bennett, former manufacturer of Civil War uniforms. The College of Liberal Arts for Women opened in Bennett Hall in 1933. Bennett Hall has also housed the School of Education, the Maria Hosmer Penniman Education Library, a women’s student union and a women’s gymnasium. In 1966, when the College of Liberal for Women was combined with the College, the building was converted into the home of the English Department.