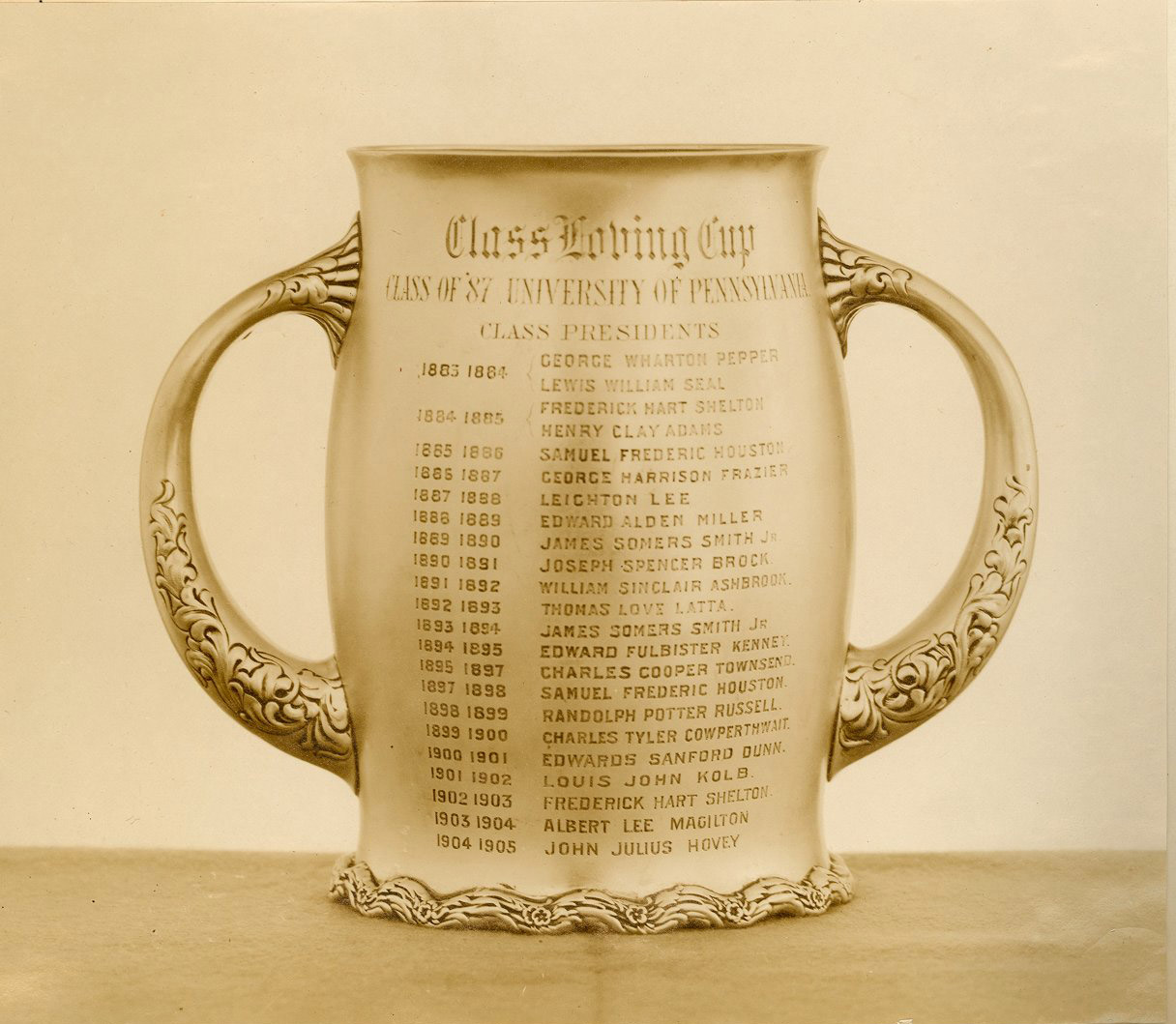 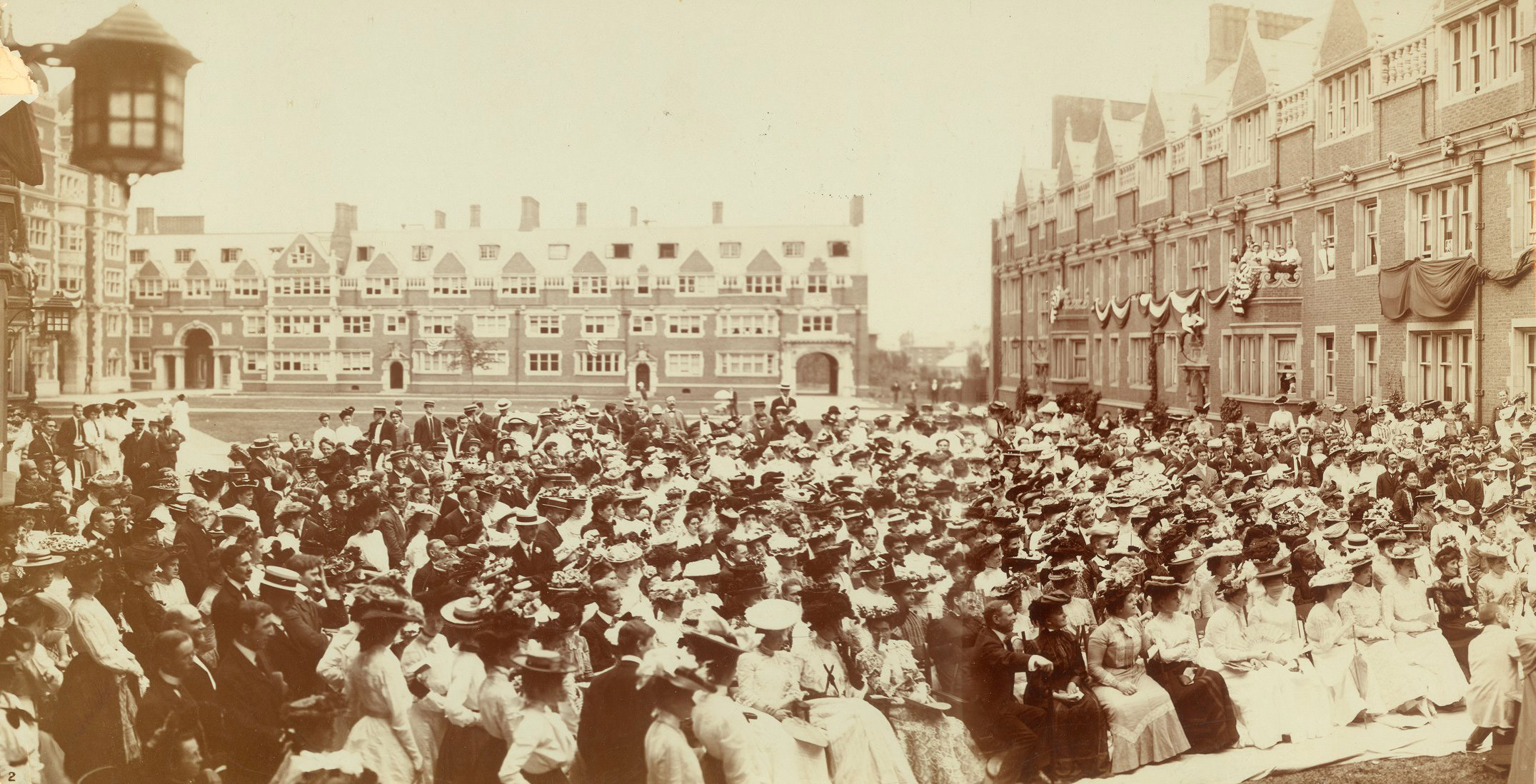 1865 – first Class to organize and elect officers; first Class Day held, in which a Class History and Class Poem were printed and the Spoon awarded to the “most popular” man; first issue of the undergraduate yearbook, The Record

1867 – Class Day presentation of a “Wisdom Cap” was the first “mock” award; in the years which followed, the mock awards become the centerpiece of the Class Day event; students organize and direct spoofs and ridicule often judged by reporters to be “too personal”

1879 – first presentation of the Bowl, but apparently as a mock award, not a senior leadership award

1882 – first report of the Bowl as an alternative to the Spoon, that is, as a possible second prize in the “most popular” balloting

1889 – introduction of the “moving up” ritual on Class Day, in which the Senior Class transferred its “mantle” to the Junior Class

1894 – first presentation of the Spade as the fourth prize

1912 – first issue of a women’s yearbook for the Class of 1913, a 28-page manuscript booklet with hand-drawn illustrations and hand-mounted photographs; it contained a Class Poem, a Class Prophecy, and an “Autographs” page

1915 – first issue of a printed women’s yearbook, The Quill: The Girls’ Book, Presented by the Class of Nineteen-Hundred and Sixteen; it contained a Class History, a list of Class Members, a Class Prophecy, accounts of Class social events, and photographs of the officers of the Women’s Undergraduate Association (predecessor to the Women’s Student Government Association) and of the Class officers

1916 – “Moving Up Day” introduced and named “Hey Day.” All undergraduates – men and women – called to a meeting in Weightman Hall gymnasium, with the Senior Class attending in cap and gown. With the Provost presiding, The Record for 1916 was presented to its faculty advisor and each of the four classes “moved up.” The establishment of Hey Day as an official, University-sponsored student activity in May 1916, just four weeks after a student death in the Bowl Fight, suggests that these two events were likely linked.

1919 – Published report of “Girls’ Class Day” describes it as held in old Botany Hall on Hamilton Walk. It was apparently attended by women undergraduates only. The Program included a Class History, a Class Poet, and may have also included a class prophecy and mock awards. Dr. Minnick, Dean of the School of Education, gave the farewell address and a moving-up ceremony was observed, passing the Senior Class cap and gown to the president of the Junior Class.

1925 – Women, barred from participation in the Daily Pennsylvanian, initiate a women’s newspaper, The Bennett News. Description of Women’s Class Day includes mention that “as in former years” there will be “an award to that Senior who is chosen by her classmates as having, in her four years at Pennsylvania, done most to further the interests of women students at the University.” Winner(s) of this award not presently known, but the award was obviously very similar in nature to the men’s Spoon award.

1931 – Class Day and Hey Day are officially combined into a single celebration known as Hey Day, and Ivy Day was also moved to the same date.