During the 1990s, Penn faculty members researched network technology. For instance, Penn was part of the Aurora Testbed of the Gigabit Testbed Initiative in 1991. With MIT and Bell Labs, Penn researchers tried to send computer data at very high rates, hoping to reach a goal of one gigabit per second, or one billion binary digits per second. Consider that one ASCII formatted character is stored as eight binary digits, and the average word is five characters long. Therefore, Aurora researchers were striving to transmit twenty five million words per second. 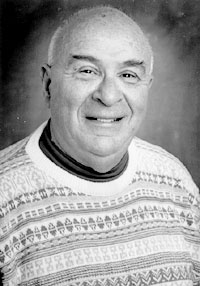 The leader of Penn’s involvement in Aurora and of the entire Gigabit Testbed Initiative was the University’s leading researcher in network technology, Dr. David J. Farber, Alfred Fitler Moore Professor of Telecommunications in SEAS. During the 1960s, Farber was a researcher at the Rand Corporation, a not for profit defense contracting company that conceived the idea of the Internet during the 1960s. After his first bite of computer network technology, Farber was hooked and has continued network research to this very day. Linguistically, Farber helped to invent the SNOBOL programming language, the ancestral language of shell scripting languages such as awk and Perl, which help to enhance the command structures and abilities of operating systems for certain applications. He also has been an important activist for free speech on the Internet and the use of the Internet in the education of all children.