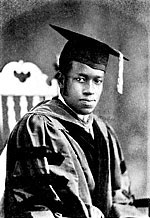 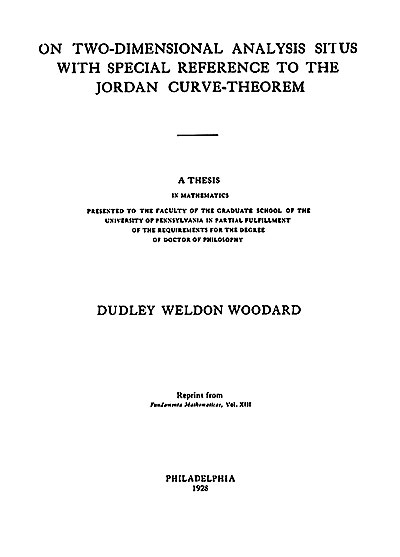 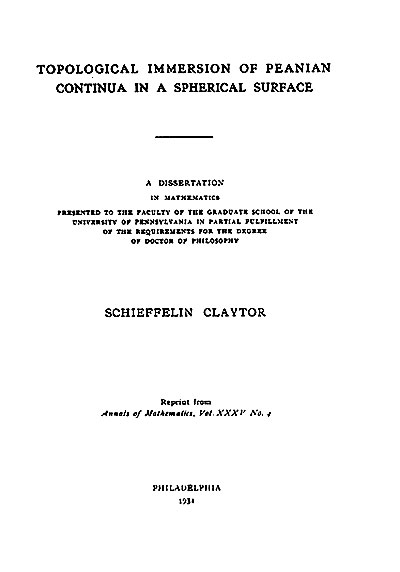 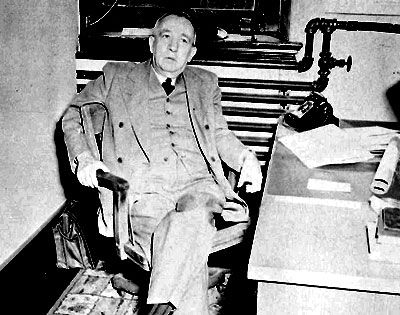 In 1882 the University of Pennsylvania established its Ph.D. program in arts and sciences and ten years later awarded its first doctorate in mathematics. The modern Department of Mathematics at Penn dates from 1899 when mathematics at Penn became fully distinguished from cognate disciplines. Like other departments in the Graduate School, Mathematics admitted women and people of color from its inception. Roxana Hayward Vivian was the first woman to earn the Ph.D., taking her degree in 1901 and later becoming Professor of Mathematics and Astronomy at Wellesley College. In the years before 1927 four women earned the Ph.D. in Mathematics at Penn.

In 1896 Lewis Baxter Moore was the first African American to earn a Ph.D. at Penn, taking his degree in Classics. Other talented African Americans had preceded him in earning degrees in the College and in Penn’s several professional schools. Their contributions to University history were celebrated in “A Century of Black Presence,” an exhibition opened in 1980 and still on display in the lobby of the DuBois College House. Penn’s first African American Ph.D.s in mathematics, however, did not enjoy public recognition until this exhibition was organized in 1998.

The University Archives and Records Center extends its appreciation to Professor Dennis DeTurck for his invitation to join today’s celebration and to the Department of Mathematics for the opportunity to partner in the celebration of its centennial. We also wish to thank Professor Jerry Porter, who conceived the Woodard / Claytor exhibition and whose determination played a large part in bringing it to fruition. Professor Bob Engs played a huge role in our success by recruiting Rahsaan Maxwell from the Department of History. And we are delighted that Professor Howard Stevenson, the Fellows, and Dean at DuBois College House will be providing the exhibition a permanent home in the DuBois College House Library.

Prior to this exhibition, the extraordinary achievements of Dudley Woodard and William Claytor were virtually unknown at Penn. Eighteen years ago, also under the auspices of the University Archives, extensive research established the names and biographies of the first African American alumni at each of Penn’s twelve schools. No corresponding effort, however, has expanded our knowledge to include the first African American graduates of the two dozen distinct academic disciplines in the School of Arts and Sciences. Perhaps this exhibition will serve to encourage such additional research; surely it answers any questions concerning the distinguished presence of African Americans in the history of Mathematics at Penn.

The success of the research, writing, and illustration of the exhibition is largely due to the research strategy which Mark Lloyd and Rahsaan Maxwell developed early last summer. Utilizing published sources at Penn and through interlibrary loan, Rahsaan prepared for two visits to Howard University and one to Morgan State University, the institutions of higher education where Woodard and Claytor spent their professional careers. On site, in the District of Columbia and Baltimore, respectively, Rahsaan interviewed former colleagues of both men and obtained copies of primary source materials found in the university archives at both institutions. Over a period of six weeks he steadily assembled detailed and reliable biographical accounts.

By early August he had prepared draft text and submitted it to the Mathematics faculty. Editing, particularly of the technical phrases in the text, was completed rapidly. The exhibit materials were soon placed in the hands of the fabricators, who installed them in the display case in early September. By the time it is removed next month for delivery to DuBois College House, the exhibit will have enjoyed a full six-month run here at the David Rittenhouse Laboratory.

All of us at the University Archives hope that this tribute to African American accomplishment at Penn has helped — and will continue to help — the University be a better place to study and work than it otherwise would have been. We thank you for the opportunity to be here today. 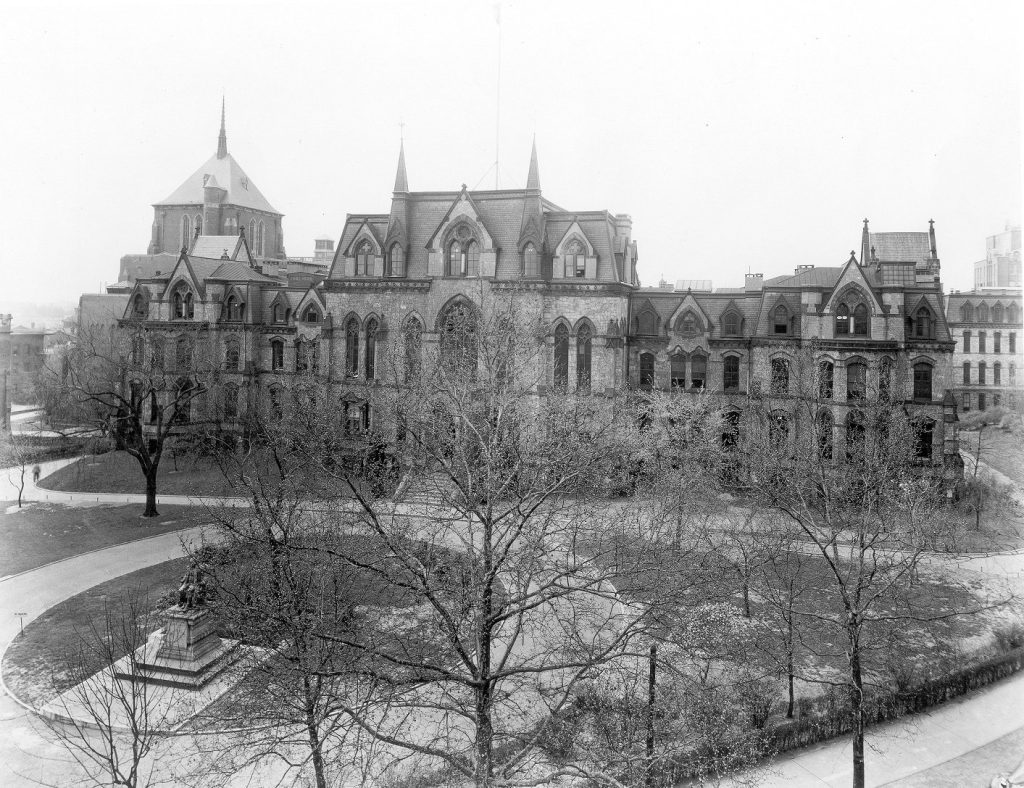 College Hall, ca. 1940. College Hall, University of Pennsylvania, housed the Department of Mathematics from its inception in 1899 until the Department’s move to the David Rittenhouse Laboratory Building in 1954. Woodard and Claytor attended classes here and in Bennett Hall, where the Mathematics Research Library was located.
Get more image details 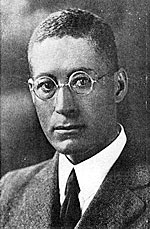 When Dudley Weldon Woodard (1881-1965) enrolled in the Graduate School at Penn in 1927, he had already accumulated a remarkable set of achievements. He had published his University of Chicago master’s thesis in mathematics, “Loci Connected with the Problem of Two Bodies” and had been teaching mathematics at the collegiate level for two decades. He had been a member of the faculty for seven years at the Tuskegee Institute in Alabama; for six years at Wilberforce University in Ohio; and since 1920, at Howard University, then the most prestigious African American university in the country. At Howard, he also held the post of Dean of the College of Arts and Sciences.

Though he excelled and was hugely popular as an academic administrator, Woodard was also an intellectual. In the early 1920s he began taking advanced mathematics courses in the summer sessions at Columbia University. It then became clear that he was among the gifted mathematicians in the nation. Columbia’s loss was Penn’s gain when in 1927 Woodard took scholarly leave from Howard and spent a year at Penn, working under the direction of John R. Kline, one of the best and brightest of Penn’s mathematics faculty. On Wednesday, 28 June 1928, Woodard became the 38th person to receive a Ph.D. in Mathematics from Penn. More significantly, Woodard was only the second African American in the nation to receive that degree.

Dr. Woodard returned to Howard, where his career flourished. He established the graduate program in mathematics, obtained the necessary resources and administrative support for a mathematics library, and sponsored visiting professorships and scholarly seminars. When he retired in 1947 as chairman of the department, he had led Howard’s mathematics faculty through a quarter century of steady advancement. In an age of discrimination, Dudley Weldon Woodard had competed and triumphed in the face of overwhelming odds. Penn is proud to claim him among its most distinguished alumni.

Claytor was a brilliant student. He enrolled at Penn in the 1930-31 academic year, won a Harrison Scholarship in Mathematics in his second year, and took the most prestigious award offered at Penn at that time, a Harrison Fellowship in Mathematics, in his third and final year of graduate studies. Claytor’s dissertation delighted the Penn faculty, for it provided a significant advance in the theory of Peano continua – a branch of point-set topology in which Kline was an expert. On Wednesday, 21 June 1933, Penn conferred its Ph.D. on Claytor, who thereby became the third African American in the nation to earn the degree in mathematics. When Claytor published his dissertation, he had every reason to expect competing offers from America’s leading research universities. But in that era of pervasive racial discrimination only a predominantly African American institution, West Virginia State College, welcomed him to its faculty. 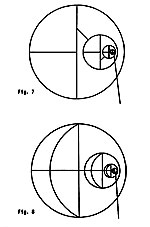 Courtesy of the National Association of Mathematicians

In 1934, Dr. Claytor published his embedding theorem, which stated, “a Peano continuum K is homeomorphic to a subset of the surface of a sphere if and only if it contains neither a primitive skew curve nor a topological image of either of the Figures 7 or 8.” (see image left) The Polish mathematician Casmir Kuratowski had introduced Figures 7 and 8, but Claytor advanced the theory and incorporated it into an effective whole. Professional mathematicians began to refer to these Figures as “Claytor curves.”

John R. Kline continued to mentor Claytor and on his recommendation Claytor obtained a Rosenwald Fellowship in 1937. He spent a year at the University of Michigan, working with Professor R.L. Wilder and a group of talented topologists. Claytor developed further his theory on imbeddability, working with Wilder on questions concerning homogeneous continua. Despite the support of his colleagues, Michigan failed to offer him a faculty position. Friends intervened and opened the possibility of a position at the Institute for Advanced Study in Princeton. But something had changed within him and he declined the offer. After service in the United States Army during World War II, Claytor renewed his teaching, but ceased his research. In 1947, a year after Woodard’s retirement, Claytor joined the Howard University faculty, where he remained until taking early retirement in 1965. William Claytor’s best years may well have been those he spent in Philadelphia, but his unfulfilled promise was a great disappointment for John R. Kline and his generation of colleagues at Penn.