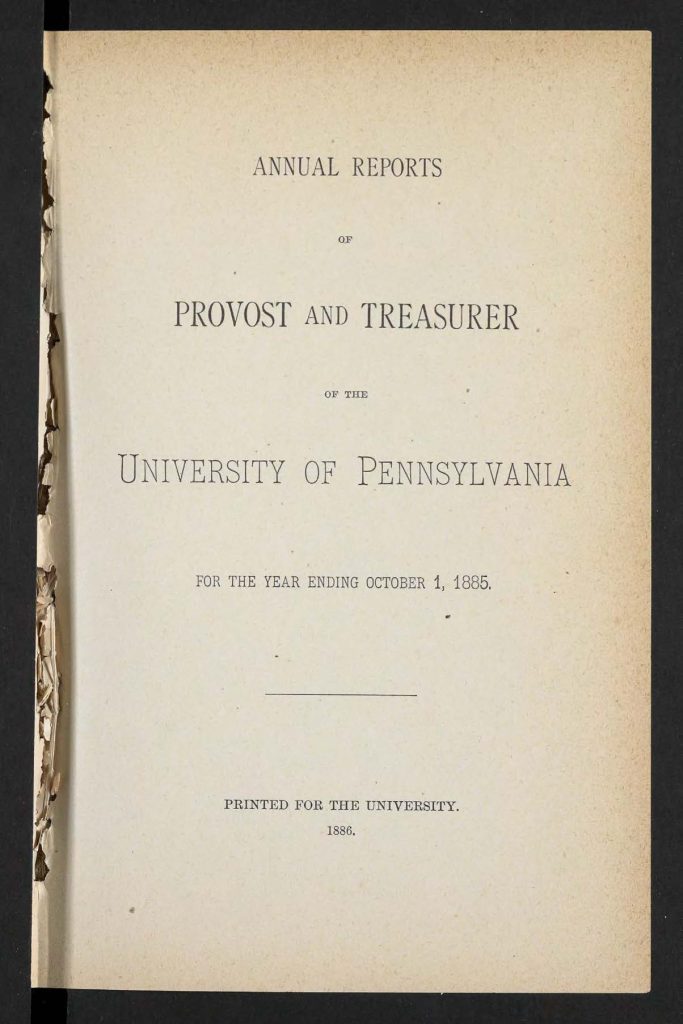 At the University of Pennsylvania, the Provost was the chief executive of the institution until 1930, when Penn established of the Office of the President. In the final two decades of the nineteenth century and the first decade of the twentieth, the Penn’s Provosts published their annual reports. The collections of the University Archives include these reports, which extended for a period of twenty-five years, from 1882 through 1907. The reports provide detailed descriptions of the University’s major activities and ongoing changes. They include full discussions of the faculty, the educational program, and campus development. They also include the annual reports of the deans of the several schools of the University, along with bibliographies of faculty publications during the reporting year. Some reports also include a summary financial report by the Treasurer.