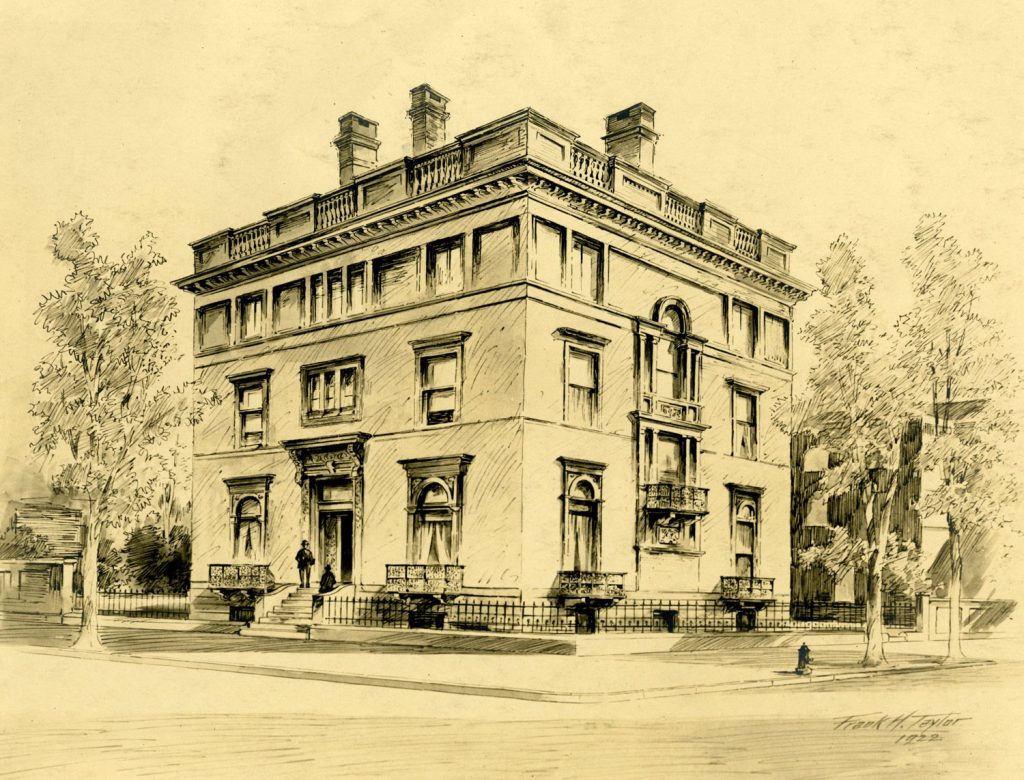 The collection was transferred from the Architectural Archives (originally part of Fine Arts Library collections) on October 7, 2009 (Accession # 2009: 048).

The Collection is in its original order.

Frank Hamilton Taylor was born in Rochester, NY on April 21, 1846. In 1865 he came to Philadelphia to serve an internship at a lithography firm. Taylor chose Philadelphia because of its strong publishing industry and vibrant art community. By 1870 he had established his own lithography firm, and was serving as a special artist for various newspapers and publications in the city. Additionally, Taylor collaborated on many guidebooks and wrote several publications, most notabley Philadephia in the Civil War, and the Official Office Building Directory and Architectural handbook of Philadelphia. Taylor entered semi-retirement in 1910 to focus on a series of watercolors, washes and drawings of Philadelphia. He eventually published these images as Ever-Changing Philadelphia in 1915.

By 1927 Taylor’s health had begun to decline to the point where the Court of Pleas of Philadelphia declared him “an alleged weak-minded person” hand had him placed under the guardianship of the Commonwealth Title Insurance Company. He died two months later.

The collection contains eighteen images done by Frank H. Taylor between 1915 and 1924. The majority of the images relate to houses in West Philadelphia that were later used by University fraternities.

Additional information on Frank Taylor’s work can be found at: http://www.brynmawr.edu/iconog/fht/fht1.html. In 1922, Taylor donated a large collection of photographs to the Free Library of Philadelphia, which are available online http://libwww.freelibrary.org/HIP/collection.cfm.