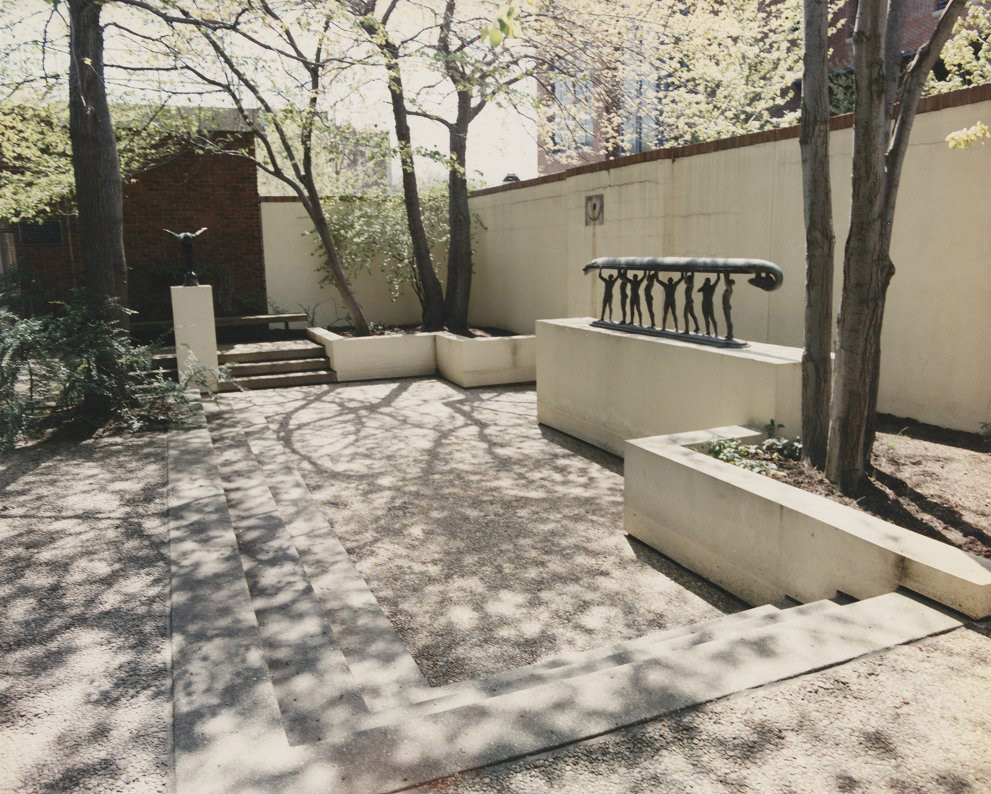 The Lloyd P. Jones Gallery Photograph Collection was transferred to the University Archives from Facility and Real Estate Services in May 2014 (Accession number 2014: 019).

The Lloyd P. Jones Memorial Gallery was dedicated on November 11, 1972 in the first floor of the Gimble Gymnasium by the family of Lloyd Peniston Jones (1895-1971). Jones was a 1907 graduate of the University of Pennsylvania, where is track performance won him a spot on the 1908 Unites States Olympic Team. The Gallery consists of works by noted sculptor and Penn professor R. Tait McKenzie (1867-1938). The gallery was expanded to include the Harry Fields Gallery of the Sculptures of Joe Brown shortly after the death of Dr. Harry Fields (1911-1986). Fields had been a student athlete at Haverford College and wrestled professionally to pay is way through the University of Pennsylvania’s Medical School. In 1965 Fields was tasked by President Gaylord Harnwell to reform the University’s athletic program. The addition of the Fields Gallery included many works by athlete and sculpture Joe Brown (1909-1985) who had apprenticed under McKenzie for seven years.

In 1998 the galleries were removed from Gimble Gymnasium to allow for construction of a new fitness center. To make the artwork more accessible to the general public, the galleries are now displayed in the Samson Common in public areas of the University Bookstore, Inn at Penn, and Faculty Club.

The photographs in this collection are for reference purposes only. Requests for rights and reproductions of individual sculptures should be referred to the Office of the Curator.

Information on the current location of sculptures in the Gallery can be found at: http://www.facilities.upenn.edu/maps/locations/mckenzie-brown-galleries