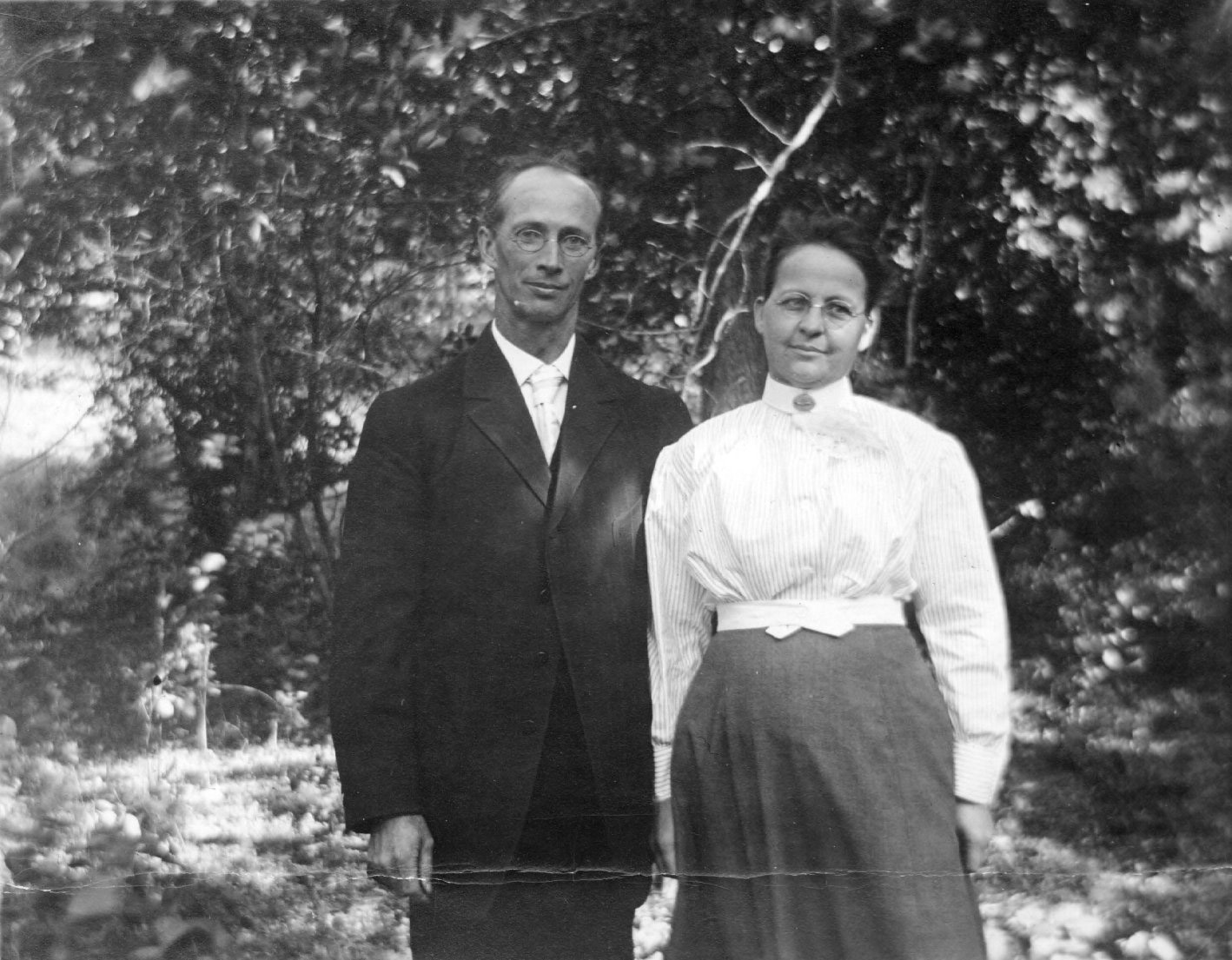 This collection was probably created by Franz Frederick Exner or his wife Hannah Longstreet Blythe Exner during the time of their residence in Philadelphia, between 1900 and 1903. Their daughter Beatrice (Exner) Liu donated the collection to the University Archives in 1991.

Franz Frederick Exner was born on March 23, 1868 in Silesia, Austria. He emigrated from Austria to the United States at the age of 14. In 1895, he received his bachelor’s degree from Carleton College in Northfield, Minnesota. After a brief career as a high school science teacher in Madelia, Minnesota, Exner applied for admission into the Graduate School of Arts and Sciences at the University of Pennsylvania. He enrolled in the Chemistry Ph.D. program in 1900.

While at Penn, Exner worked on determining the atomic weight of tungsten. He determined the weight of tungsten was 184.05, a value close to today’s accepted value of 183.85. Exner also worked to develop a rapid method of electro-analysis by means of a rotating anode. This work culminated in his Ph.D. dissertation The Rapid Precipitation of Metals in the Electrolytic Way. As a Ph.D. candidate, Exner taught General Chemistry during the 1901-1902 school year. After earning his Ph.D., Exner returned to Carleton College to serve as a Professor of Chemistry, where he remained throughout his entire career. He died in 1950.

In 1897, Franz married Hannah Longstreet Blythe. The couple moved to Philadelphia in 1900 when Franz entered Penn. They brought three young children with them; Frederick, Frank M. and Theodore L. Exner. Three more children – William L., Emily and Beatrice Exner – were born after the family moved back to Minnesota in 1903.

The collection includes one photograph album containing 43 photographs. Dating from 1901, the photographs document turn-of-the-Century Philadelphia architecture and public spaces, as well as, significant buildings on the University of Pennsylvania’s campus. The album includes a photograph of a distant view of President Roosevelt crossing Franklin Field between halves in Army-Navy football game. The album creator affixed the 3 ½” x 4 ½” photographs to the album page by their left sides. Additional loose photographs, 1901, feature Franz and Hannah Exner with their children Frederick, Frank M. and Theodore L. One glass plate negative is entitled “experiment, c. 1901.” The image seems to be an instrument, possibly used by Exner in his chemistry experiments.