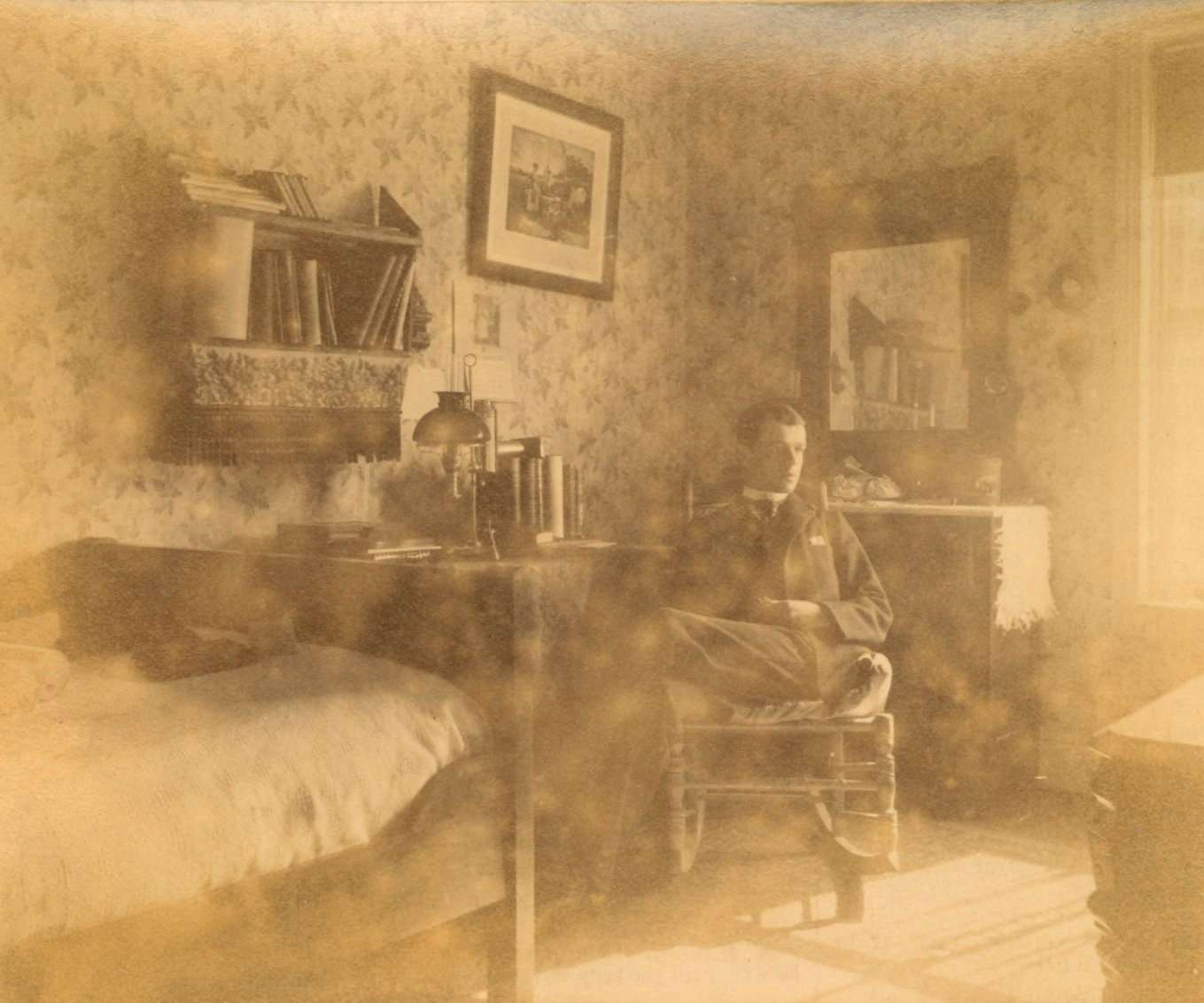 The collection of photographs is arranged into one series: Metallurgy Students and Professors. The collection is further divided into three sub-series: Copy Negative, c.1891; Copy Positive, c.1891; Photograph Album, c.1890. The Copy Negative and the Copy Positive sub-series each contain the same image, it is not clear if this image was part of the original photograph album, or not. The Photograph Album sub-series contain loose pages from a photo album. The Photograph Album sub-series descriptive information follows the arrangement of the photographs affixed to each side of the album pages and is not arranged alphabetically.

Charles Albert Dickson was born on May 17, 1870 in Pittsburg, Pennsylvania. He attended Pittsburgh Central High School prior to matriculating to the University of Pennsylvania in 1889.

While at the University of Pennsylvania, Dickson attended courses in Metallurgy and Mining as a Special Student, taking two years to complete three years work by working overtime and on Saturdays. Dickson’s extracurricular activities included participation in the Camera Club and the Scientific Club. Following his graduation with a Certificate in Science in 1890, Dickson worked for Marshall Field and Company in Chicago. In 1899, he returned to Pittsburgh to work as an accountant.

As a student in the University of Pennsylvania’s Metallurgy and Mining program, Charles A. Dickson captured this collection of candid photographs featuring his fellow students and professors in his program. The photographs document classroom activities and dormitory life, c.1890. One photograph features Charles A. Dickson sitting alone. Another photograph contains, among others, Edgar Fahs Smith, who later became Professor of Chemistry (1877-1881, 1888-1898), Vice-Provost (1898-1911), and Provost (1911-1920) of the University of Pennsylvania. The collection is arranged under the series Metallurgy Students and Professors, c. 1890-1891.