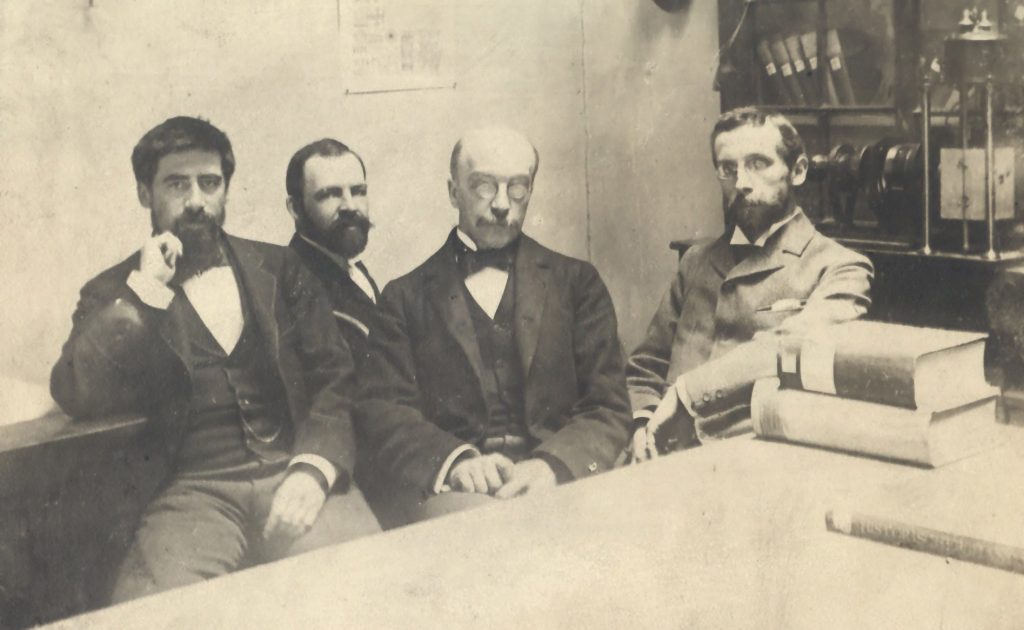 Clubs, Minutes
Access to collections is granted in accordance with the Protocols for the University Archives and Records Center.
Download this finding aid as a PDF

The collection is divided into two series; correspondence and minutes. Both series are arranged chronologically.

The History Club of Philadelphia was organized on 25 April, 1894, in accordance with the following memorandum:

The objects and purposes of such a club were discussed in an informal manner, and the following preliminary regulations were agreed upon:-

I.Meetings are to be held on the first Wednesday of the months from November to April inclusive, at the houses of the members, or at such places as they may see fit to provide. The host of the evening to have the privilege of inviting persons other than members to attend the meetings.

II.The refreshments that any member may offer the Club, are to be strictly limited to one dish, hot or cold, beer and Apollinaris, coffee and cigars.

III.Absence from three (3) consecutive meetings of the Club without a written or verbal excuse made to the executive committee is to be regarded as the equivalent of the resignation from membership in its club.

IV.The membership of the Club is to be limited to twenty persons. Persons proposed for membership are to be nominated in open meeting, the nomination to be then referred to the executive committee for action.

V.The arrangement of the details of each meeting, is to be left to the executive committee, consisting of the officers of the Club; a President, a Secretary, and a Treasurer, who are to hold office for one year.

VI.The order of procedure at the meetings shall be: 1st. A paper not exceeding thirty minutes in length. 2nd. Briefer communications. 3rd. New business.

The members of the Club are:

The correspondence series contains two items; the first item is a letter, dated October 24, 1898 from John L. Stewart to William Hall. In the letter, Mr. Stewart is resigning as Secretary of the club. The second item in the correspondence series is a receipt, dated March 9, 1899, from the Printing and Binding House in the amount of one dollar and thirty-five cents. The receipt documents printing services for “200 cards and 30 postals” given to Dr. William E. Yost.

The minutes series contains two items, the first item is a set of three loose leaf pages of meeting minutes dated April 25, 1894 (transcribed in the Agency History Section). The second item in the minutes series is a bound volume, dated 1894-1899, entitled “Record Book of the History Club of Philadelphia.” The hand-written volume lists the officers for the years 1894-1895; 1895-1896; 1896-1897; 1897-1898; and 1898-1899. The volume also lists the members for the years 1896-1897 and 1898-1899. Included in the volume are minutes from the meetings beginning on November 4, 1896 and continuing through April 21, 1899. The Secretary omitted minutes for the following months; November 1897, March 1898 and April 1898. The minutes include the names of attendees; notes on club business, such as officer election results; and the name and title of any papers or communications presented at the meeting. Some examples of the paper topics include “British Criticism of the United States” by Professor John Bach McMaster presented on February 17, 1899; “The Biography of Agricola by Tacitus” by Professor Alfred Gudeman on January 5, 1898 and “The Study of Classics in the Middle Ages” by Professor Dana C. Munro on November 4, 1896.