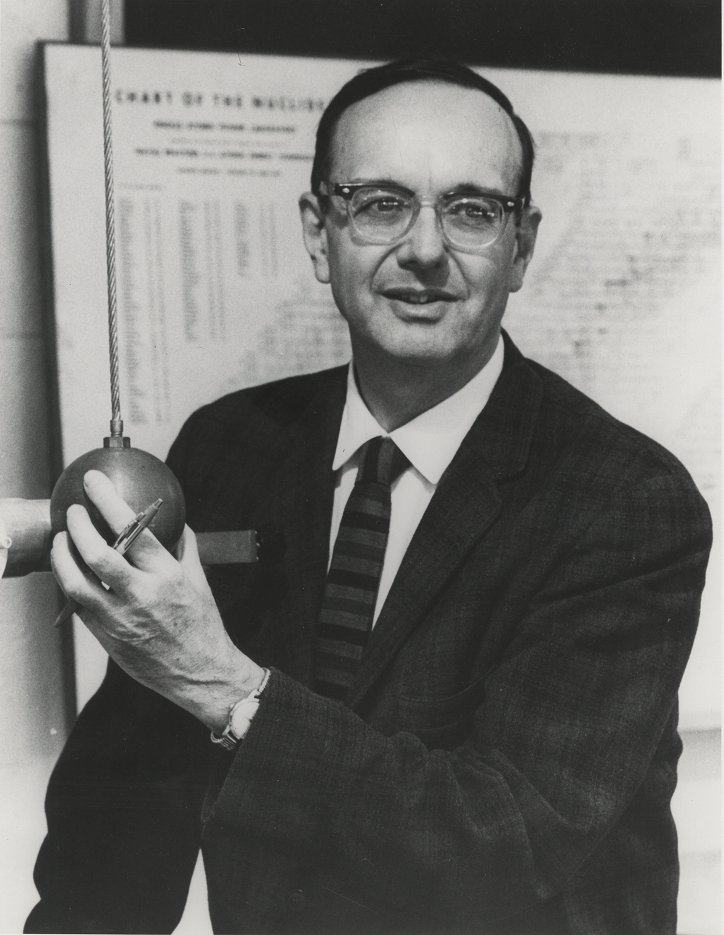 The William Edwards Stephens papers were donated to the University Archives by Dr. Walter D. Wales, former dean of the College of Arts and Sciences, in 1983 (accession number 87: 22).

The William Edwards Stephens papers are organized into five series – Research and Writings, Dean File, Teaching Material, Students’ Material, and Photographs – each of which are arranged alphabetically.

William Edwards Stephens, noted nuclear physicist, was born in May 29, 1912 in St. Louis, Missouri. He received B.S. and M.A. degrees from St. Louis’ Washington University in 1932 and 1934, respectively and a Ph.D. from the California Institute of Technology in 1938. From 1938 to 1940 he served as Research Fellow at the Westinghouse Research Laboratories in Pittsburgh, Pennsylvania and from 1940 to 1941 he was an Instructor in Physics at Stanford University.

In 1941 Dr. Stephens joined the University of Pennsylvania as an Instructor of Physics and was later promoted to Professor of Physics in 1948, a position he held until his death in 1980. From 1963 to 1969 he served as Chair of the Physics Department and from then as Dean of the College of Arts and Sciences 1969 to 1974. Dr. Stephens authored many contributions to professional journals, including
Physical Review and the
Journal of American Physics, edited the textbook
Nuclear Fission and Atomic Energy (1948), and, with President of the University of Pennsylvania Dr. Gaylord P. Harnwell, co-authored the textbook
Atomic Physics: An Atomic Description of Physical Phenomena (1955).

The papers of William Edwards Stephen are all professional in nature and document his involvement with the University of Pennsylvania as a Professor of Physics (1941-1980), Chair of the Physics Department (1963-1969), and Dean of the School of Arts and Sciences (1969-1974). This documentation includes research and notes pertaining to astrophysics and nuclear physics, notebooks and papers from students in his physics courses, working files pertaining to his appointment as dean, and a small amount of photographs and negatives associated with his research.