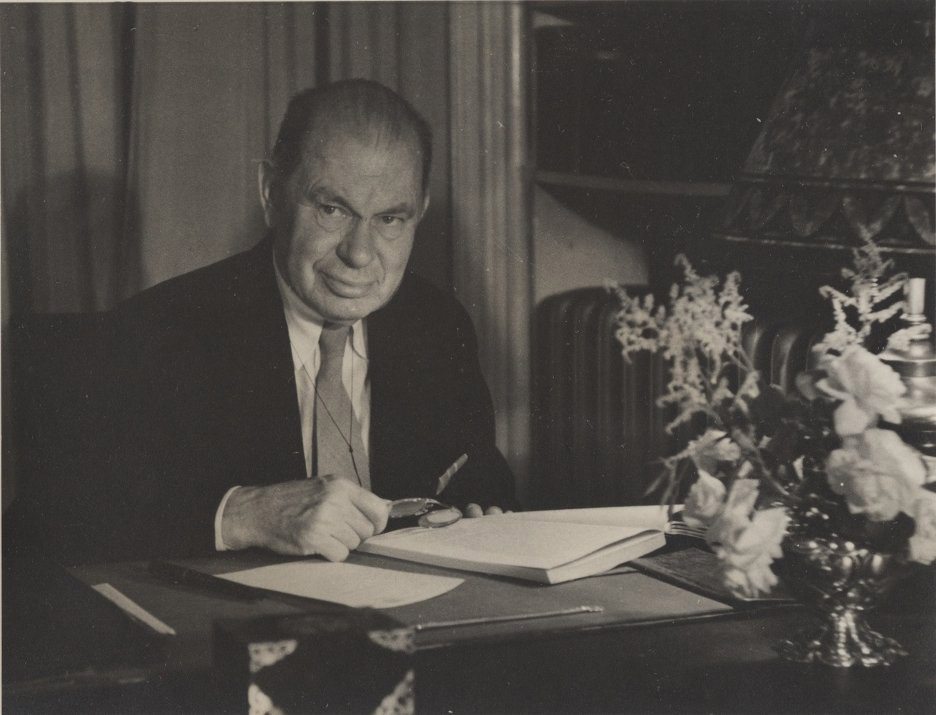 Edgar Arthur Singer, Jr. was born on November 13, 1873 in Philadelphia, PA to Edgar Arthur Singer, Associate Superintendent of Schools in the Philadelphia Public School, and Sarah Elizabeth Phillips. Edgar grew up in the Frankford neighborhood of the city, and attended the Manual Training High School graduating in 1889. Singer attended the University of Pennsylvania where he obtained his B.S. in Engineering in 1892 and his Ph.D. in Philosophy in 1894. Following graduation he received a postgraduate fellowship to study under William James at Harvard University.

In 1896 Singer returned to the University of Pennsylvania to accept the position of Senior Fellow in the Philosophy Department. Singer’s academic career was interrupted briefly when he served as a sergeant in the First Volunteer Regiment of Engineers during the Spanish-American War. He would remain at Penn for his entire career, rising from Instructor in Philosophy in 1898 to the Adam Seybert Professor of Intellectual and Moral Philosophy in 1929, and eventually Emeritus Professor in 1944. Singer’s main emphasis was the theory of evidence, and the methods by which it related to a problem; something he termed empirical idealism. Throughout his career he was a noted lecturer, and authored numerous works on philosophy. He was a member of the American Philosophical Society and the American Philosophical Association. His last work was Experience and Reflections, which was edited by his former student C. West Churchman and published posthumously.

Singer married Helen Bunker on July 5, 1905. Together they had two children, Edgar Arthur III who was born in 1908, and Richard Bunker Singer who was born in 1914. The family resided in West Philadelphia on Chester Avenue – a short walk from the University. Helen Singer passed away in 1953, and Edgar Arthur Singer, Jr. died on April 13, 1955.

The Edgar Arthur Singer, Jr. Papers documents the career and life of University of Pennsylvania Professor of Philosophy Edgar Arthur Singer, Jr. The collection consists primarily of lecture materials, addresses, and copies of publications – particularly material on his final work Experience and Reflection. There are also documents related to Singer’s personal life and education.