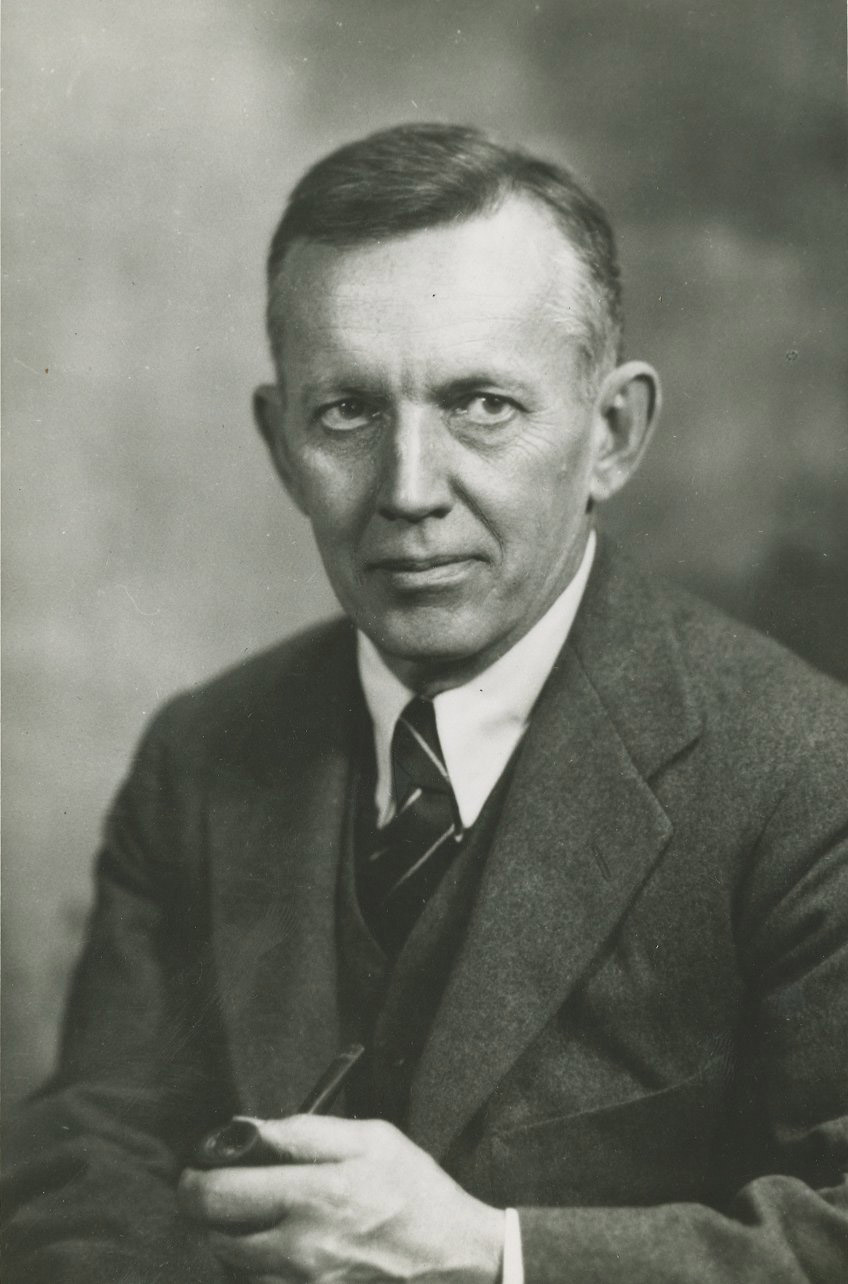 The Conyers Read Papers were found in the University Archives.

The Conyers Read Papers are in their original order.

Conyers Read was born on April 25, 1881 in Philadelphia, Pennsylvania to William F. and Victoria Read. After graduating from Central High School of Philadelphia as a member of the 104th graduating class, he went on to Harvard University where he earned a Bachelor of Arts in 1903, a Master of Arts in 1904, and a Doctorate in Philosophy in 1908. He also earned a Bachelor of Letters from Balliol College, Oxford University, in 1909.

In 1910 he married Edith C. Kirk (1881-unknown), daughter of Edward C. Kirk, dean of the University of Pennsylvania’s Dental School at the time. The newlyweds settled in Chicago, where Read had attained a position as an instructor in history at the University of Chicago. Read spent the better part of ten years in Chicago, interrupted only when he served with the American Red Cross during World War I. By the time he departed Chicago in 1920, he had risen to the rank of Professor of History

Read left Chicago and returned to his birthplace, Philadelphia, to take on a position as treasurer of the William F. Read and Sons Company, his family’s textile manufacturing business. He later became its vice-president and general manager in 1927, and then served as president 1930-33. Though he was not physically present at the University of Chicago, he continued to hold his professorship in Chicago as a non-resident Professor of History.

Read left his family’s business and joined the faculty of the University of Pennsylvania in 1934 as a Professor of English History. He was particularly interested in the Tudor era of English history and in 1951, he was awarded a John Simon Guggenheim Memorial Fellowship for his biographical survey of William Cecil, the Lord Burghley, one of the most trusted advisors to Queen Elizabeth I of England. Read was particularly fascinated with the relationship between Lord Burghley and the Queen and conducted extensive research on the subject. His book Mr. Secretary Cecil and Queen Elizabeth won a Folger Shakespeare Library Prize of $1000 in 1955. By this time, he was considered to be one of the foremost experts on Tudor England by his contemporaries.

In addition to his professorship, researching, and writing, Read held positions in a number of different organizations. During World War II, he was chairman of the Philadelphia Branch of the Committee to Defend America by Aiding the Allies, was a chairman of the Fight-for-Freedom Committee, a member of the staff of the Coordinator of Intelligence and Information in Washington D.C., a position which required a leave of absence for the academic year 1941-42, and headed the British Empire Section of the Research and Analysis Branch of the Office of Strategic Services. In 1949, he was elected president of the American Historical Association, an organization to which he also served as executive secretary 1933-41. Read was also a member of the Phi Betta Kappa fraternity, the American Philosophical Society, the American Academy of Arts and Sciences, and the Royal Historical Society (United Kingdom).

In 1942, Read, together with Dr. Charles W. David, Professor of History at Bryn Mawr College, jointly won an award from the Philadelphia Art Alliance for their work in establishing the Philadelphia Bibliographic Center and Union Library Catalogue, an index of reference books and manuscripts on microfilm available in libraries throughout the country. The Center later named Read as one of their directors in 1958. He was also awarded multiple honorary degrees: Doctor of Letters from Ursinus College in 1938, Doctor of Civil Laws from the University of Pennsylvania in 1951, and Doctor of Letters from Temple University in 1955. Upon his retirement from the University of Pennsylvania in 1952, Read was named Professor Emeritus of English History.

The Conyers Read Papers are professional in nature and for the most part include research and lecture notes. The research notes stem from Read’s decades long work regarding the history of Tudor England, a subject on which he authored several books. The lecture notes were used in the courses Read taught, however, since they are undated, it is not known whether these lecture notes are from his time at the University of Chicago (1910-20) or the University of Pennsylvania (1934-52).

The papers include a volume titled Calendar of the Manuscripts of the Most Honorable the Marquis of Salisbury, K.G., Preserved at Hatfield House, publication date 1892. This large tome combines summaries, extracts, and full transcriptions of documents from the Cecil Papers, which is an archive of correspondence of William Cecil and his son Robert, who, like his father, was a trusted advisor of Queen Elizabeth I. Though the complete Calendar is twenty-four parts, only parts 1-8, 13, and 14 are included here.

The bulk of the papers are notes pertaining to English history. They are likely created as a result of Read’s ongoing research of the history of Tudor England. Read arranged the notes chronologically based on the dates of the sources the notes refer to. One set spans the years 1530-1586 and another 1570-1598. There is a large group of notes that pertain specifically to William Cecil; however these notes do not seem to have any particular arrangement. The papers also include lecture notes, which are arranged topographically, and a small amount of other material from Read’s history courses.

Finally, there is a group of facsimiles of sixteenth century documents that may pertain specifically to William Cecil’s son, Robert, and a short undated manuscript authored by a John Summerson titled Theobalds. Theobalds, or Theobalds House, was the name of William Cecil’s estate in Hertfordshire, England and the manuscript documents the history of its construction.