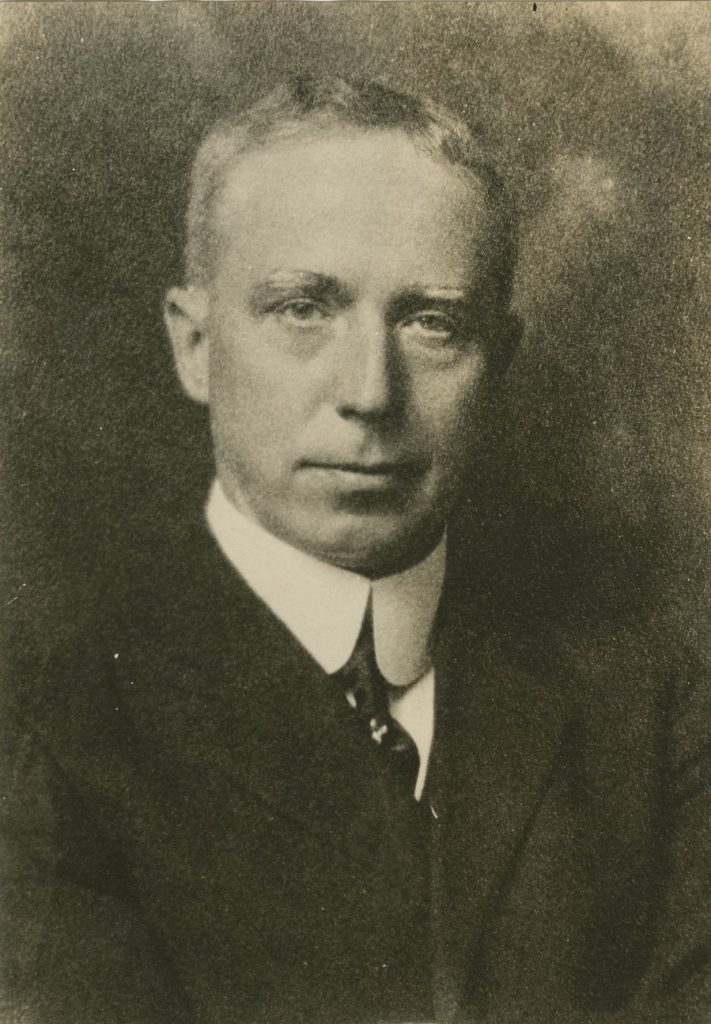 The George E. Pfahler Reprint Collection was a gift the University Archives from Muriel B. Pfahler and Eugene Pendergrass on August 7, 1973 (Accession No. 49-73). The collection was originally classified as the Radiology Department Collection (UPP 118.1), but was reprocessed as the Pfahler Collection on December 1, 2015.

The George E. Pfahler Reprint Collection is organized into one series – Collection, and arranged chronologically by the reprint publication date. Additional items are arranged at the end of the collection.

George Edward Pfahler was a pioneer in the early days of radiology, establishing the proper control and application for medical use. Pfahler was born in 1874 in Numidia, Columbia County, Pennsylvania. He attended local public schools, and earned is MD from Medico-Chirurgical College, Philadelphia in 1898. After graduation he was a resident physician at Philadelphia General Hospital, where he remained as chief resident physician for three years. Pfahler’s early interest in x-rays resulted in his appointment as Clinical Professor of Symptomatology at Medico-Chirurgical College in 1902. At the same time he pioneered the use of x-rays in clinical medicine at Philadelphia General Hospital, where he became the first Director of the Department of Radiology (1899-1903). From 1902-1918 Pfahler served as director of Medico-Chirurgical Hospital’s Department of Radiology, becoming Clinical Professor of Radiology in the College and eventually Professor of Radiology (1911-1916). When Medico-Chi merged with the University of Pennsylvania Dr. Pfahler was appointed Professor and Vice-Dean of the Department of Radiology in the Graduate School of Medicine (1916-1946).

In addition to his academic appointments, Dr. Pfahler organized and served as the director of radiology at Graduate Hospital (1916-1932) and Misericordia Hospital (1916-1943); and was a consulting radiologist at Philadelphia General Hospital, Hahnemann Hospital, Graduate Hospital, and Woman’s Medical College Hospital. Dr. Pfahler position in the radiological community resulted in more than three hundred publications, and numerous awards.

The George E. Pfahler Reprint Collection contains select reprints of published articles by George E. Pfahler during his career. The reprints focus on either the therapeutic use of radiology or various technical uses of x-rays. The collection does not contain any professional or personal correspondence of Pfahler, nor any images. According to documentation in the control file all of Dr. Pfahler’s personal papers were disposed of when he moved.

The ashtray and American College of Radiology Ceremonial mace drawing were not owned by Dr. Pfahler, but were originally part of the Radiology Department Collection that James Dallet and Eugene Pendergrass attempted to create in the early 1970s. They were retained as part of this collection during reprocessing.

A copy of
The Love of a Physician: George E. Pfahler Pioneer Radiologist by Muriel B. Pfahler can be found in the Archives reference Collection (UPT 50 P523 1958).