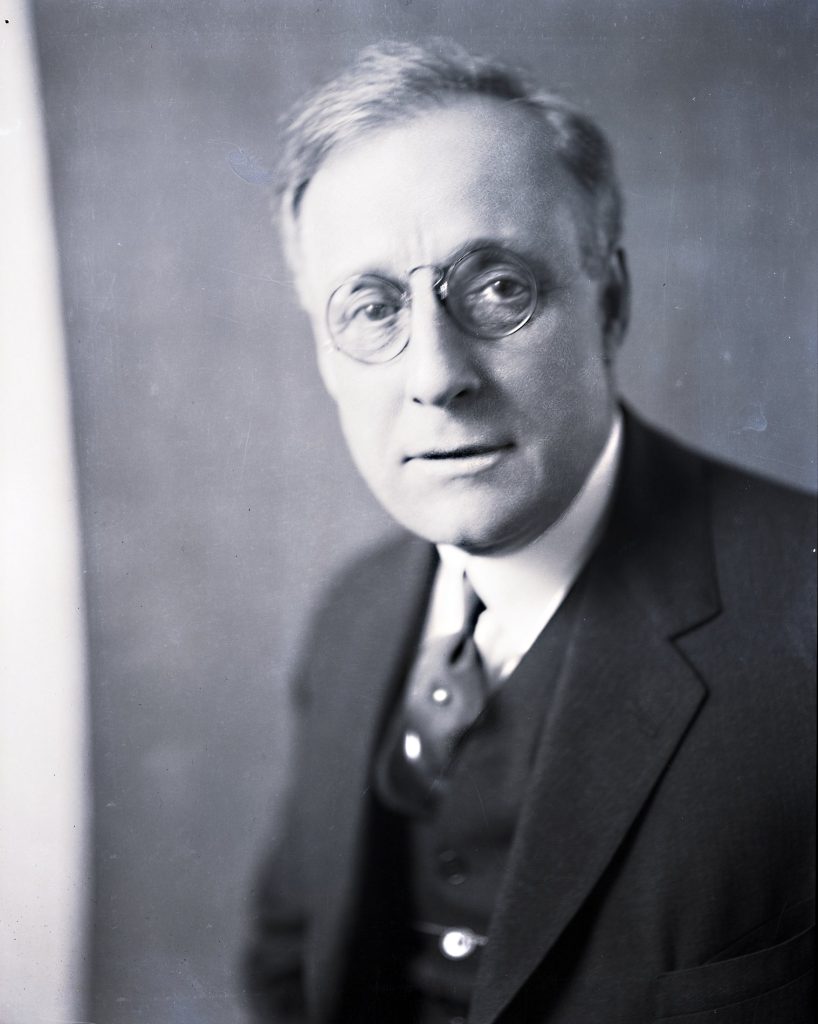 The William Ezra Lingelbach Papers were donated to the University Archives at an unknown date.

The William Ezra Lingelbach Papers are arranged into six series: Correspondence, University of Pennsylvania, Organizations, Academic Material, Published Material, and Miscellaneous. The materials within each series are arranged alphabetically or chronologically where appropriate. Some of the material was already in folders labeled by the creator and in such cases the original titles were retained.

William Ezra Lingelbach was born on March 17, 1871 in Shakespeare, Ontario, Canada to John L. Lingelbach and Mary Young Lingelbach. The Lingelbach family was of German ancestry, and both John Lingelbach and his father were pastors in the German Protestant Church. John Lingelbach died when William was a child. William spent the remainder of his childhood on an uncle’s farm in rural Ontario.

After graduating from Brantford Collegiate Institute in Brantford, Ontario, Lingelbach attended the University of Toronto, where he distinguished himself as captain of the varsity soccer team and as champion fencer. Lingelbach earned an A.B. from the University in 1894.

Dr. Lingelbach also had a long relationship with the American Philosophical Society (APS), the nation’s oldest scholarly organization. Elected as a member in 1916, Dr. Lingelbach served as a Member of the Council (1924-1928), Secretary (1934-1940), Vice-President (1940-1943), Librarian (1942-1959), and was the representative of the APS to the American Council of Learned Societies (1926-1946). As Librarian, Dr. Lingelbach was instrumental in expanding the library’s holdings and led it to take on a more substantial role in the affairs of the Society. He was also a driving force in the construction of a new building for the library, which was completed in 1959.

The William Ezra Lingelbach Papers mostly date from his time as a faculty member at the University of Pennsylvania, although materials from Lingelbach’s involvement with other institutions and organizations are also represented. The correspondence not only general correspondence with friends and colleagues, there is also correspondence that discusses specific projects, namely book deals. The bulk of the correspondence dates from the years 1940 1941, and as a scholar of European history Lingelbach devoted much discussion to the situation abroad. Most of the correspondence had been organized and labeled by Lingelbach, and his original order and titles were retained. All other correspondence not previously arranged by Lingelbach is grouped together by year and labeled as miscellaneous correspondence. The University of Pennsylvania related material was separated into two subseries. All of Lingelbach’s teaching materials were in folders labeled History Department and this material has been grouped together and the original folder names used as the title of the sub-series. These folders contains exams and assignments given out in Lingelbach’s history courses, roll and grade sheets, and other documents generated by the university’s history department. All other University of Pennsylvania related materials not pertaining to Lingelbach’s teaching are mostly administrative in nature and are grouped into the sub-series called Other. Similarly, the series called Organizations has been split into two sub-series, one for all the material pertaining to the American Council of Learned Societies, of which Lingelbach served as the American Philosophical Society’s representative and one sub-series for all other organizations that he had involvement with. The Academic Material series is comprised of manuscripts of Lingelbach’s Ph.D. dissertation and research he conducted on European history. Much of the research is undated, so it is unknown whether this was research he carried out in support of his dissertation or if this was research carried out during his professional years. The Published Material series contains all published items that were within the papers. All materials that did not fit into the prior series were put into the Miscellaneous series.