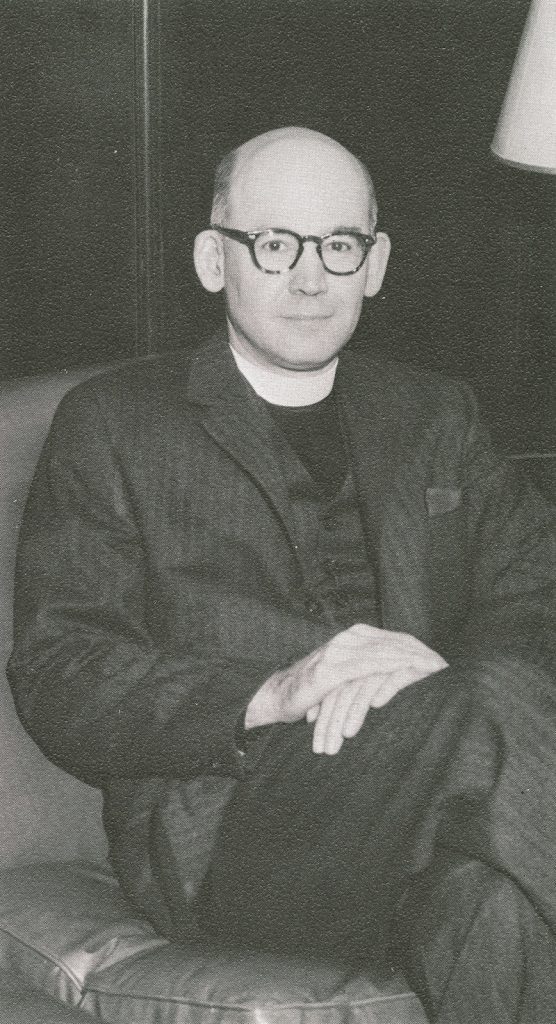 The Edward G. Harris Collection is arranged in three series; Sermons, Correspondence, and Miscellaneous, which are arranged chronologically. Within Sermons, there are three subseries; sermon text, chapel programs, and Boardman lectures.

The Very Reverend Edward George Harris was Chaplain of the University of Pennsylvania and Boardman Lecturer in Christian Ethics from 1950 to 1961. He was born in Boston on April 30, 1917 to Ulysses S. and Lillian Dennett Harris. He completed his secondary education at Boston Latin School, graduated from Harvard College in 1938, and received his Bachelor of Divinity from the Episcopal Theological School in 1941. That same year he was ordained an Episcopal priest. In 1942, he was awarded his Master of Sacred Theology at the Union Theological Seminary. During World War II, Rev. Harris enlisted in the Army as chaplain, serving in the European theater. Until 1950, Rev. Harris was assistant minister of the Church of the Ascension in New York and rector of St. Mark’s Church in Southborough, Massachusetts.

At the University of Pennsylvania, Rev. Harris’s duties as chaplain included giving monthly sermons at the University Chapel in Irvine Auditorium, advising the president in the area of religious policy, overseeing the University religious program, and occupying the position of Boardman Lecturer in Christian Ethics. In addition to these administrative and teaching duties, Rev. Harris counseled students in both spiritual and personal matters as well as took part in committees within the University and in Philadelphia. At the 1961 University midyear convocation, President Gaylord P. Harnwell conferred upon Rev. Harris the honorary degree of Doctor of Divinity.

After his tenure at the University of Pennsylvania, he became the dean of the Divinity School of the Protestant Episcopal Church in Philadelphia. In 1974 the school merged with the Episcopal Theological School in Cambridge, Massachusetts, where Rev. Harris continued his position as dean. He died on March 28, 2010 in Kennett Square, Pennsylvania, survived by his wife, Sherry L. Barlow, and three children: David B. Harris, Jennifer D. Harris, and Geoffrey P. Harris.

The bulk of this collection consists of Rev. Harris’s sermons and lectures for All University Chapel at Irvine Auditorium from 1950 to 1961. It includes both typed scripts and handwritten drafts, with accompanying chapel programs. The Correspondence series documents the logistics behind Rev. Harris’s published book reviews, journal articles, and panel discussions; it also documents communication with President Harnwell and responses to Daily Pennsylvanian articles. The Miscellaneous series includes photographs of Rev. Harris, documents detailing the duties and responsibilities of the university chaplain, book reviews he wrote, journal articles in which he was quoted or took part in discussion, a book he published Prayers for a University, and a copy of the Class of 1961’s Sophomore Annals that is dedicated to him. There are also additional lectures and sermons he gave outside of his services, especially about Zionism and Judeo-Christian relations.