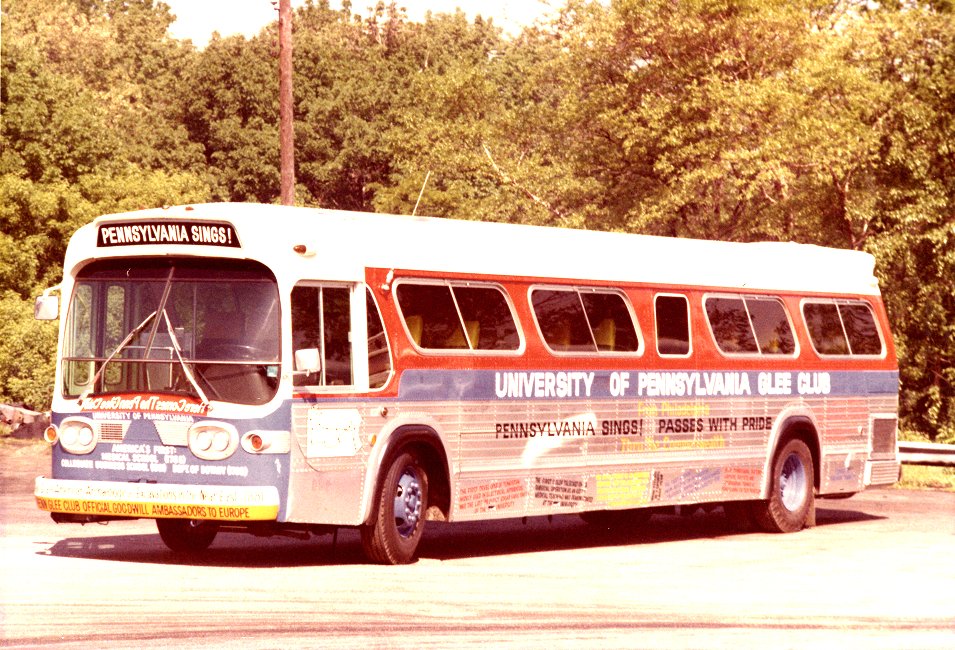 Clubs, Performing Arts, Student Organizations
Access to collections is granted in accordance with the Protocols for the University Archives and Records Center.
Download this finding aid as a PDF

The University of Pennsylvania Glee Club records are organized into five series, Award of Merit, General File, Photographs, Seasons, and Audio/Visual Material, which are arranged alphabetically or chronologically where appropriate.

The Glee Club broke from the traditional notion of what a glee club is during their 1969-1970 season when, for the annual show, they staged an original production called “Handel with Hair,” written by Bruce Montgomery, Glee Club Director from 1956 to 2000. In this show the Glee Club combined their choral ability with theatrical showmanship, singing, dancing, and acting on elaborate sets and backed by a jazz band. The effect of this created something closer to a Broadway musical. Every season thereafter and continuing into the present day, the Glee Club’s annual show has been an original production marked by original music, complicated choreography, and clever, tongue-in-cheek dialogue that played off current events and issues. Bruce Montgomery – a man once described by the Philadelphia Inquirer as “the University of Pennsylvania’s musical Renaissance man” – wrote and arranged these shows until he retired in 2000. Under the direction of current Glee Club Director C. Erik Nordgren, the Glee Club has continued to stage an original show every season, typically premiering it in February. These shows, much like their original songs of the nineteenth century, have become part of university tradition.

The records of the University of Pennsylvania Glee Club document several decades’ worth of this all-male singing group’s activities both on and off campus. The majority of the materials date from during the tenure of Bruce Montgomery, Glee Club Director 1956-2000.

The series Award of Merit documents the process by which the Glee Club chose an individual to receive a specially engraved medallion and personalized citation in recognition of their contributions to the field of music. The award ceremony typically took place at a formal banquet held on campus. Recipients included Leopold Stokowski, Eugene Ormandy, Marian Anderson, and Arthur Fiedler. The series largely consists of correspondence between Bruce Montgomery, director of the Glee Club, and the award’s recipient and university administration, as well as with caterers, photographers, and other persons whose skills were required to plan and execute a large banquet.

The Glee Club operated in seasons that corresponded to the academic year. The Seasons series documents the planning that went into every season, starting with auditions in September through to final performances in the spring. The documentation of this work exists in the form of correspondence, clippings, itineraries, promotional material, and scores. This series also contains programs from most of the seasons.