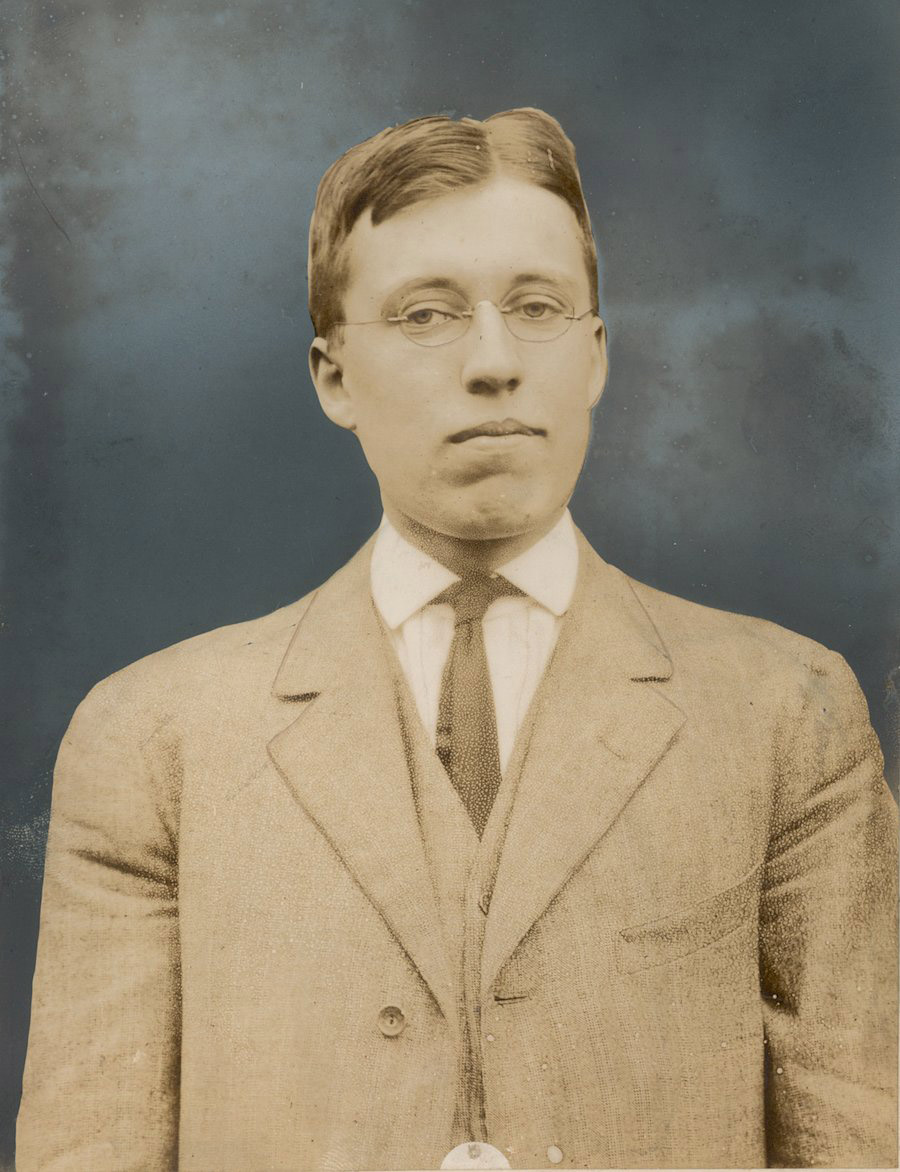 Associations
Access to collections is granted in accordance with the Protocols for the University Archives and Records Center.
Download this finding aid as a PDF

The University of Pennsylvania Archives purchased this collection from Charles Apfelbaum Books of Watchung, New Jersey in 2006. Additions were donated by Dr. Jennifer Lynn Richardson in February 2013 (2013: 012).

The collection is divided into six series; Announcements; Clippings; Constitutions and Bylaws; Correspondence; Invoices; and Minutes. All series are arranged chronologically.

Delegates from the following founding schools were present at the convention:

Other interested schools, unable to send delegates to the convention, expressed their support for the formation of the Association:

The constitutional objective of the Intercollegiate Aeronautical Association of America (IAAA) was “To arouse and stimulate interest in the science and sport of aerostation and aviation among the colleges and universities of America, to hold intercollegiate contests, meets, exhibitions, etc.; to work for the establishment of Chairs of Aeronautical Science in the various educational institutions; to place aerostation and aviation on a level with other forms of college activities.”

The main correspondent in this collection is George Atwell Richardson, President of the IAAA. Richardson was born on May 30, 1886 in Milwaukee, Wisconsin. He earned a B.S. in Mechanical Engineering in 1912 and the professional degree of Mechanical Engineer in 1914, both from the University of Pennsylvania. As a student, Richardson was a member of the University of Pennsylvania Aero Club, a member of the Executive Committee of the National Council of Aero Clubs of America and founding President of the IAAA.

As part of his duties for the IAAA, he helped organize the first intercollegiate glider meet on May 27-29, 1911 at Harvard University and the first intercollegiate balloon race in June 1911 at North Adams, Massachusetts. The University of Pennsylvania Aero Club sponsored a balloon called the “Philadelphia II” in the 1911 race. A.F. Atherholt piloted the balloon and Richardson captained it. According to the rules of the race, the balloon that covered the longest distance won the race. The “Philadelphia II” won the race after flying 115 miles from North Adams, Massachusetts to West Peabody, Massachusetts at heights reaching up to 12,000 feet.

During his years at Penn, Richardson gave popular lectures about aeronautics at various colleges, universities and other places including the Franklin Institute in Philadelphia. His illustrated lectures included lantern slides and moving picture footage of the making and flying of various types of flying machines. Richardson also contributed articles regarding student life at the University of Pennsylvania to the magazine The Intercollegiate. After finishing school, he served in the Sixth Division Home Defense Reserves during WWI. He spent his engineering career working for companies including the Bethlehem Steel Co. and the Midvale Steel and Ordinance Company. Richardson died at the age of 90 on January 11, 1976.

This collection does not give information about the duration of the IAAA. By April 1911, George A. Richardson was writing various people seeking funds to file the Association’s incorporation and complaining that only three university Aero Clubs paid dues to the IAAA. The last piece of correspondence in the collection dates to 1913 and inquires about Richardson’s activities after he had not written the correspondent in a while and about the illness of his father.

The Announcements series contains promotional releases for Richardson’s traveling lecture entitled “Flight.” The series also contains announcements relating to the activities of the Intercollegiate Aeronautical Association of America, including the proposed rules for the second annual intercollegiate balloon race.

The Clippings series includes articles pertaining to the University of Pennsylvania class fight of 1910 and to the replacement of the Aero Club of America with the American Aeronautic Association.

The Correspondence series contains letters to and from Richardson. He corresponds with others interested in Aeronautics; mostly presidents from other college aeronautical clubs. The topics of conversation include the formation and continuation of the International Aeronautical Association of America; the Intercollegiate Aeronautical Convention; fundraising; competitions; attendance; dues and lectures given by Richardson. The Universities represented in the correspondence include Carnegie Technical School; Cornell University; Dartmouth College; Harvard University; Maryland Agricultural College; Northwestern University; University of Illinois; University of Virginia; and Yale University. Also included are the the Aero Club of America; the Aero Club of Illinois; the Aeronautic Federation of America; the General Film Company and “The Intercollegiate” magazine. In addition, the correspondence refers to the University of Pennsylvania Aero Club and to articles written by Richardson for the magazine “The Intercollegiate.”