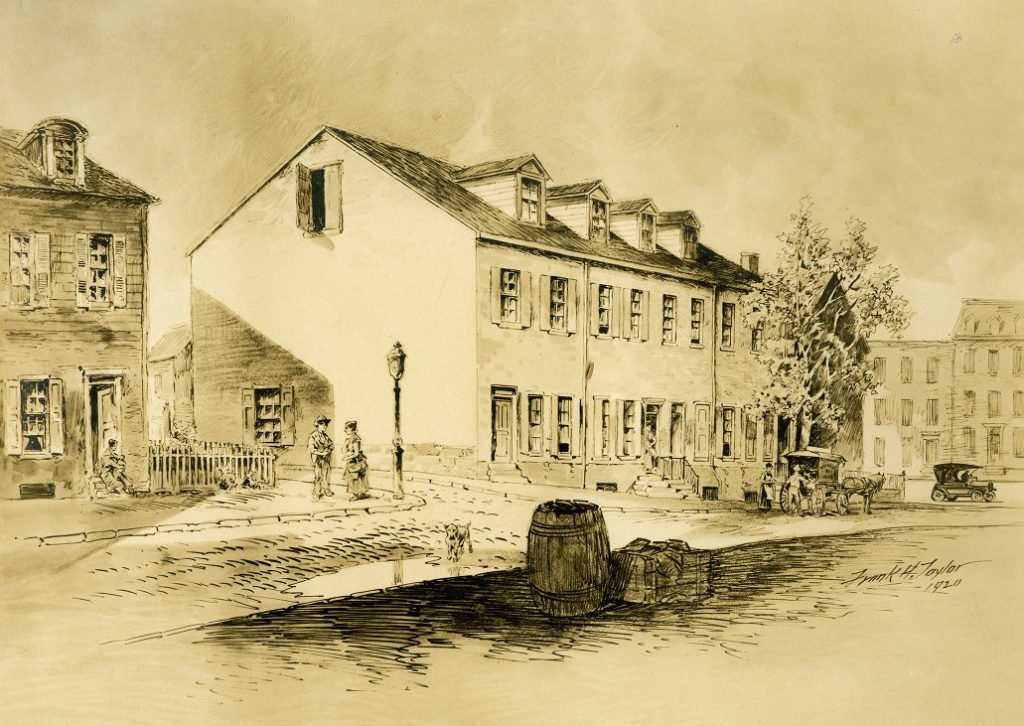 Clubs
Access to collections is granted in accordance with the Protocols for the University Archives and Records Center.
Download this finding aid as a PDF

The Records of the Lenape Club were donated to the University Archives by the club in June 1959.

The Lenape Club Records are organized into four series: Administrative Records, Meetings and Programs, Financial Records, and Ephemera and Miscellaneous. All series are arrange alphabetically.

The Lenape Club was formed in 1911 to “promote social intercourse and fellowship” for male members of the University of Pennsylvania faculty. Originally, memberships was set at 70 resident members (those who lived within 30 miles of Philadelphia City Hall), and 70 non-resident members. Eventually the membership levels expanded to include honorary, life, emeritus, and associate; with the removal of the number limitations. University faculty who were members included Paul P. Cret, George B. Gordon, William Pepper, Louis C. Maderia, Warren P. Laird, George W. McClelland, William E. Lingelbach, Jonathan E. Rhoads, and S. Reid Warren. For the purposes of club activities, a club house was maintained starting at 353 Locust Street (1911 – 1917), then 3705 Locust Street (1917 – 1920), and finally 204 McAlpin Street (1920 – 1960). Privileges of the Club could be extended to visiting faculty. The House Rules were included with the constitution and by-laws. By the late 1950s the University initiated steps to create a faculty club. In light of this, and after consultation of the members, the Lenape Club ceased operations by 1959 and donated their club house and land – along with much of its contents – to the University for use as the first home of the Faculty Club.

The Lenape Club Records document the activities of the club from it’s founding in 1911 through to its disbanding in 1960. The Records contain meeting minutes for both the club and board of directors, governing documents, meeting material, and finanical records. Of note, the financial records document the regular expenses, services and utilities for the club. Among the invoices can be found John Wanamaker, Philadlephia Gas Works, and Bell Telephone of Pennsylvania (to name a few).