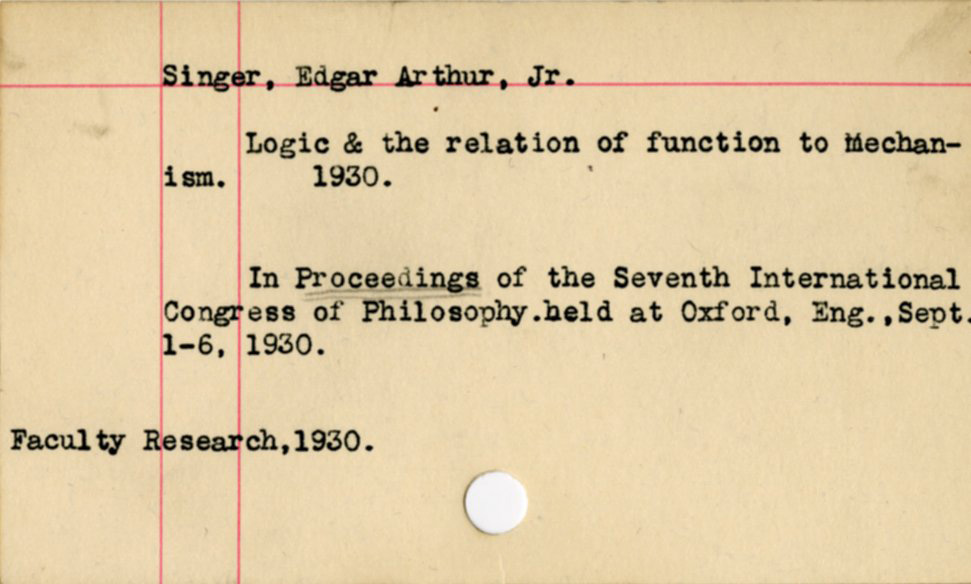 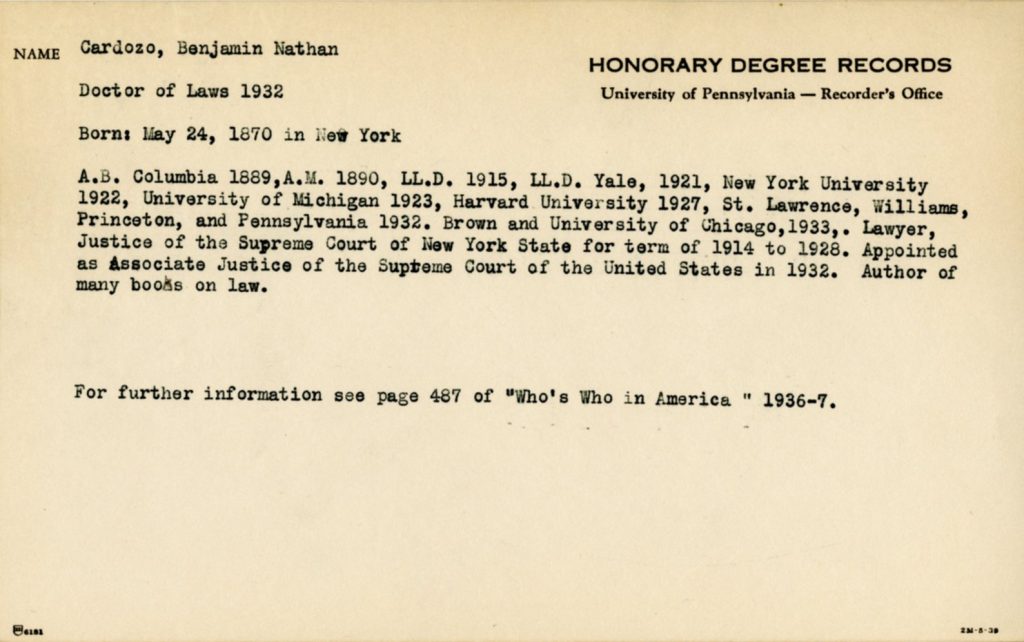 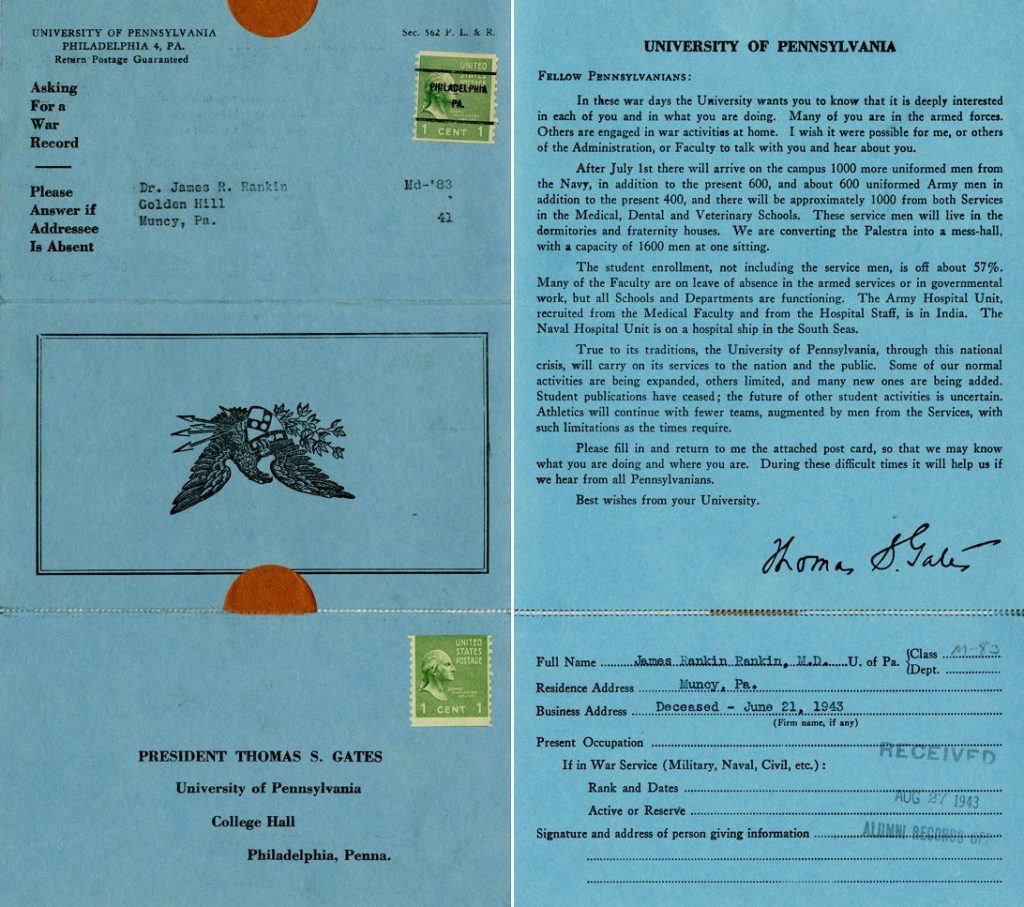 Alumni, Indices
Access to collections is granted in accordance with the Protocols for the University Archives and Records Center.
Download this finding aid as a PDF

The records are organized in four series: Professors, Teachers, Officers, 1749-1942; Honorary Degree Recipients, 1757-1940; Military Service; Faculty Research Collection. All series, except the last, are arranged alphabetically first by topic heading, when applicable, and then by personal name. The last series is arranged chronologically, then alphabetically by name of faculty member.

The Office of the Recorder was formed in 1912 as an outgrowth of the Publicity Bureau to serve as an agency to coordinate events and activities at the University of Pennsylvania as well as collect, preserve and promote the history of the University (for more on the history of this office see the Guide to the Office of the Recorder Records). It is in this latter capacity, the Recorder, George E. Nitzsche, created a card index of all individuals who served officers, professors and instructors at the University of Pennsylvania from 1749 to 1942 and who received honorary degrees between 1757 and 1940. In addition to recording University service, Nitzsche also compiled a “World War Records” which listed students who were enrolled in the ROTC program during World War I.

During World War II, the University of Pennsylvania decided to keep track of the military service of its students, alumni and faculty. In 1943 a questionnaire in postcard form was developed and mailed out to all the alumni requesting them for information. The cards were returned to the Alumni Record Office and filed in the biographical files of alumni and used to create a separate card file for war service. The Alumni Record Office started to create similar list for those who served in the Korean War but this was never completed.

The collection documents on index cards the service provided by individuals as officers and teachers at the University of Pennsylvania from 1749 to 1942, as military personnel to the United States military during the wars of the first half twentieth century, as contributors to the larger world of learning.

The index of Professors, Teachers, and Officers contains information on the specific title, dates of appointment of individuals, degrees held, and occasionally dates of resignation and death. The cards cover the period from 1749 to 1942 and surnames Bra to Z. The cards for the surnames A through Bo were previously interfiled in the Office of Alumni Records Biographical Files (UPF 1.9AR). The index of Honorary Degree Recipients contains the name, date and type of degree conferred between the years 1757 and 1940.

The Faculty Research Collection cards documents the publication of books and articles in journals by members of the faculty of the University of Pennsylvania primarily from 1928 to 1937 with additional cards going back to 1899 and forward to 1965. The cards contain the name of the author, title of the article and book.