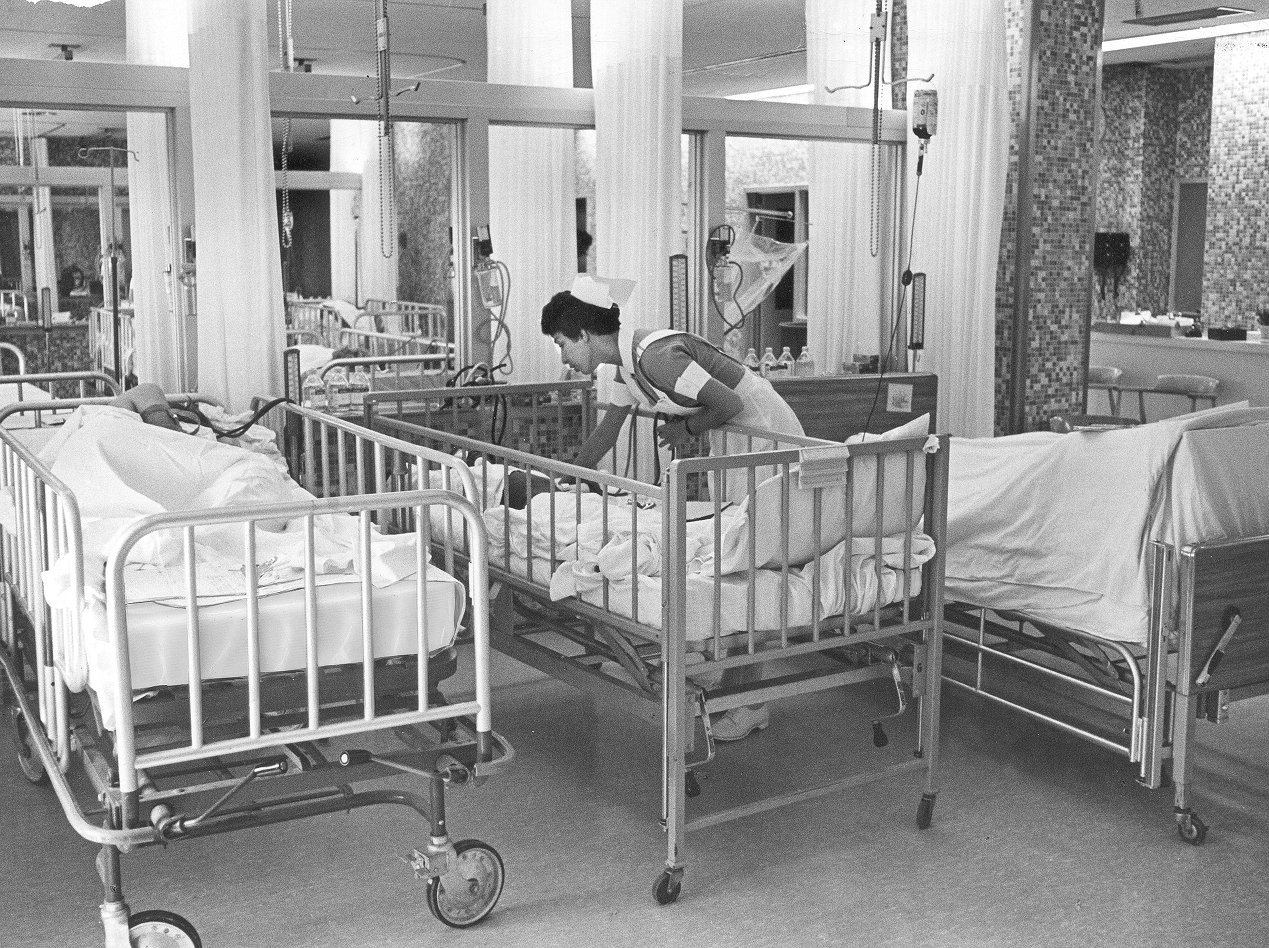 Nursing School, School of Nursing
Access to collections is granted in accordance with the Protocols for the University Archives and Records Center.
Download this finding aid as a PDF

The School of Nursing Records have been electronically organized to better assist researchers. The collection is organized into seven series. The first four series or organized by dean administration: Theresa I. Lynch (1946-1964), Dorothy A. Mereness (1965-1976), Clare M. Fagin (1977-1991) and Norma M. Lang (1992-2000). Each of these series contain three subseries: Administrative Records, Course Material, and Financial Records. The remaining three series consist of Faculty Files, with subseries organized by faculty member; A/V material, with subseries organized by format; and Book-Reference Collection. All sub-series are arranged alphabetically. Researchers should carefully note the box and folder number of material as the physical arrangement may differ.

Although the Hospital of the University of Pennsylvania started a nurse training program as early as 1886, the University did not begin its nursing degree program on a collegiate basis until 1935 when, at the request of the Board of Directors of the Pennsylvania State Nurses Association, the Board of Trustees of the University authorized the establishment of a Department of Nursing Education in the School of Education. Katherine Tucker was appointed Professor and Director of the department, a position which she retained until her retirement in 1949. Programs leading to the degree of Bachelor of Science in Education, with majors in nursing education and public health nursing, were offered to graduates of hospital nursing schools. Courses were also offered in Extension Divisions to nurses in eastern Pennsylvania and Delaware. In 1937, a program leading to the degree of Master of Science in Education with a major in nursing education was established. In 1944, the Trustees of the University further authorized the establishment, in the Division of Medical Affairs, of a Basic Collegiate School of Nursing with a five-year basic program leading to the degree of Bachelor of Science in Nursing. Theresa I. Lynch was appointed Director (the title was changed to Dean in 1946). In 1949, Lynch was appointed Director of the Department of Nursing Education, in addition to her responsibilities as Dean of the Basic School.

The School of Nursing Records document the activities of the school including administrative records, curriculum material, and financial records. The bulk of the collection consists of the administrative records of the school: such as accreditation reports, committees, Board of Overseers meetings, and program files. The A/V Material consists of photographs, audio tapes, video tapes, and microfilm. The Faculty Files series contains material from Ann L. O’Sullivan, Barbara Lowery, Catherine Wollman, Marion L. Fox and Mary D. Naylor.

The Norma M. Lang Administration series is closed to research until 2025 per the protocols of the University Archives.

The personal papers of three deans of the School of Nursing–Theresa I. Lynch, Dorothy A. Mereness, and Claire M. Fagin–are in the collections of the Center for the Study of the History of Nursing.