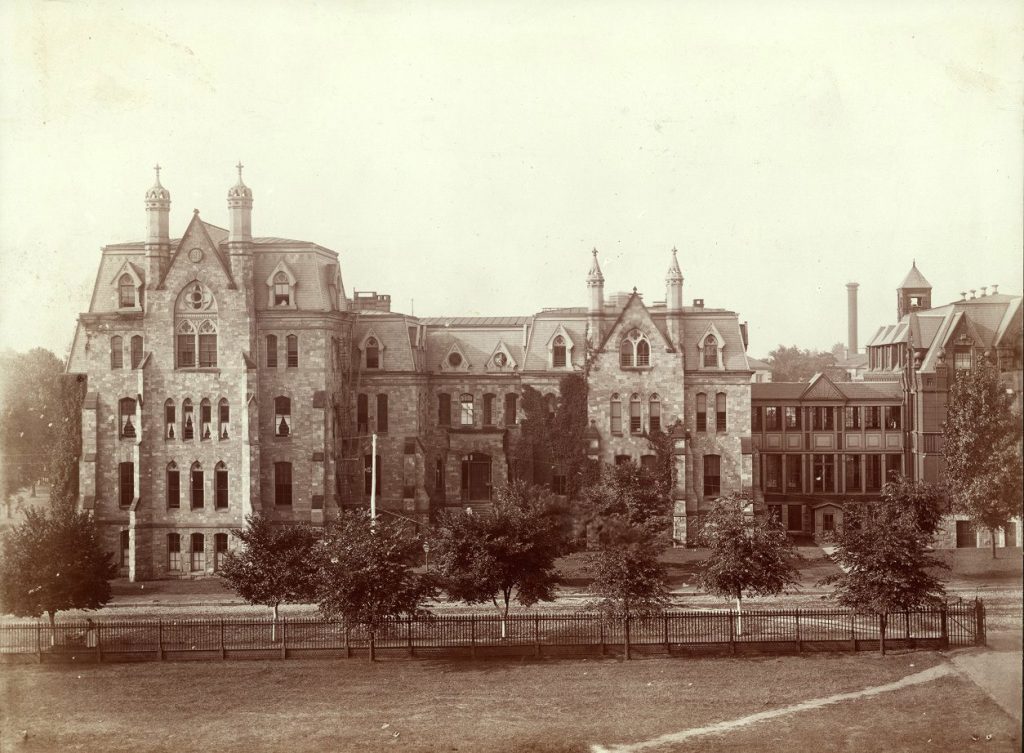 Hospital of the University of Pennsylvania, Hospitals
Access to collections is granted in accordance with the Protocols for the University Archives and Records Center.
Download this finding aid as a PDF

The Dispensary Notebooks for Neurological Disorders were transferred from the Perelman School of Medicine, Department of Neurology to the University Archives in February 2017 (Accession No. 2017:05).

The Dispensary Notebooks for Neurological Disorders consists of three sets of volumes arranged into three series. The first series, Dispensary Notebooks, contains the daily log of neurological cases treated in the Hospital of the University of Pennsylvania’s Dispensary. Each notebook contains an index of patients, followed by pages detailing the diagnosis, patient information, symptoms given by the patient, and and treatment along with any follow up visits. The second series, Case Study Notebooks, contains information based on patient treatment grouped by specific diagnosis. The majority of notebooks were numbered on the outside at some point in the late twentieth century, which is reflected in the numbering system. A few of the dispensary notebooks were numbered during their creation. At the time of acquisition it was unknown why the numbering was out of sequence or if additional notebooks existed at some point.

The third series, William G. Spiller Reprints, includes two compilations of papers authored by William G. Spiller during his career and a publication of papers by physicians including Spiller associated with the William Pepper Laboratory. Dr. William G. Spiller (M1892) was a noted clinical neurologist and professor of neurology at the University of Pennsylvania School of Medicine during the early twentieth century. The Spiller Reprints came with the Dispensary Notebooks from the Department of Neurology. Dr. Spiller was not associated with the Dispensary during the period covered by the notebooks.