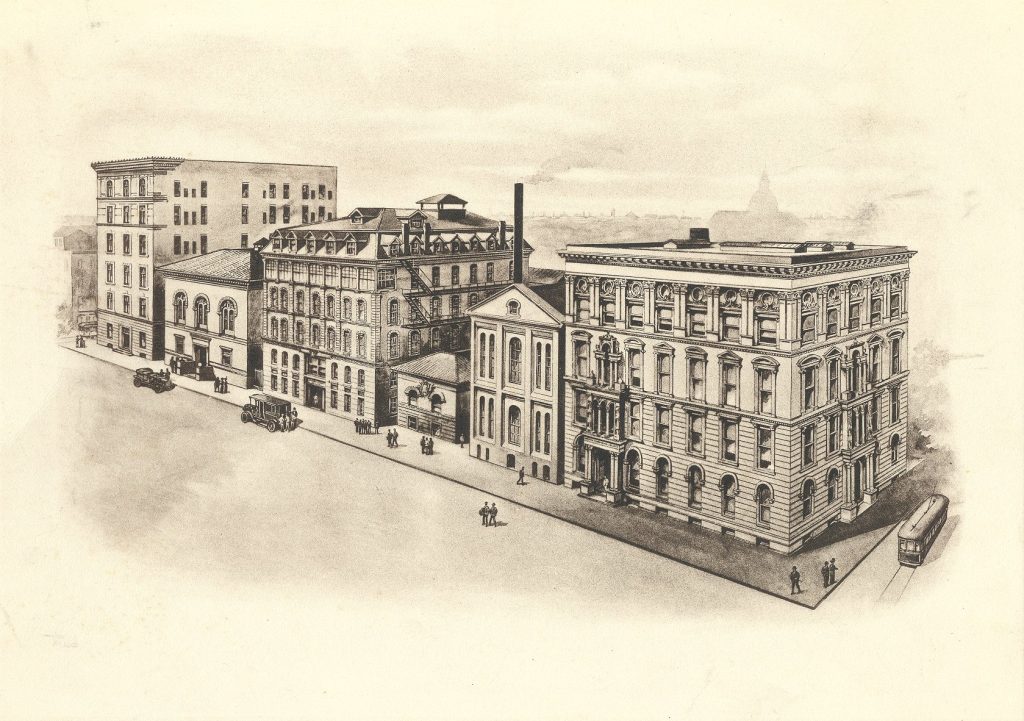 Hospitals, Medico-Chirurgical College and Hospital of Philadelphia
Access to collections is granted in accordance with the Protocols for the University Archives and Records Center.
Download this finding aid as a PDF

The Medico-Chirurgical College and Hospital of Philadelphia Records consist mainly of administrative and financial records for the College and Hospital from the late nineteenth through to it’s merger with the University of Pennsylvania in 1916. Most of the records originated in the Bursar’s Office at Medico-Chi, and were transferred to the Comptroller’s Office at the University of Pennsylvania during the merger. The Student Records contain information on some classes, applicants credentials, examinations, matriculation books. The series does not contain files on individual students. The Hospital Records are primarily administrative and financial in nature. There are two random patient record ledgers for 1914 and 1919.