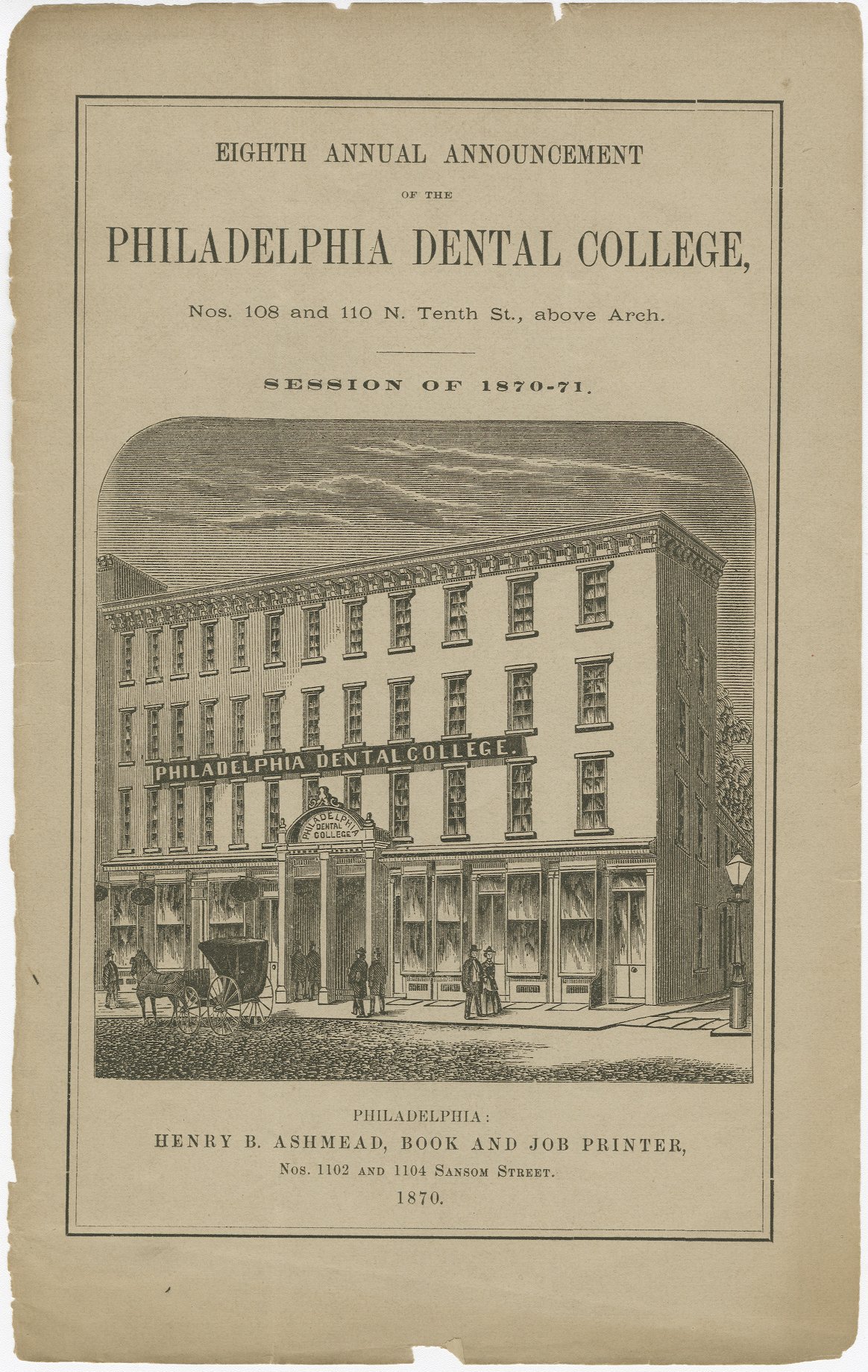 The Philadelphia Dental College Collection was transferred to the University Archives from the School of Dental Medicine Library (Accession Number 2015:018, May 2015).

The Philadelphia Dental College Collection consists primarily of an incomplete run of published announcement from the school between 1869 and 1906. In addition, included are a photograph of a graduate, and a commencement invitation.