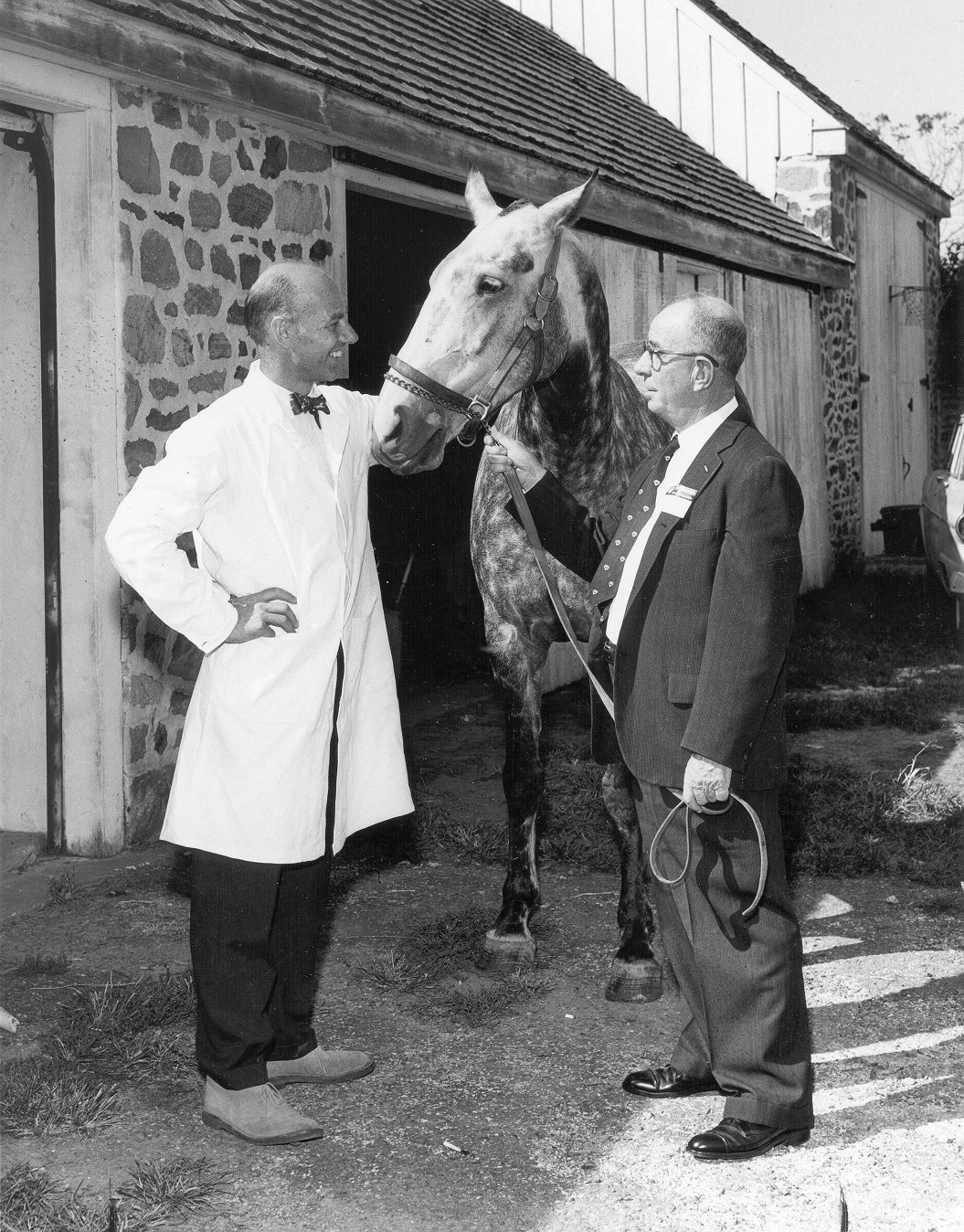 School of Veterinary Medicine, Veterinary School
Access to collections is granted in accordance with the Protocols for the University Archives and Records Center.
Download this finding aid as a PDF

Beginning a century-long tradition of support, the state of Pennsylvania appropriated $25,000 for the School in 1889. This was only the first step of many that have contributed to the rapid growth of the School.

In order to make way for the present medical laboratories, the School of Veterinary Medicine moved from 36th and Pine Street to 39th and Woodland Avenue in 1901. In 1905, Dean Leonard Pearson presented plans for a combination of new veterinary school and hospital. Generous contributions, a gift of $100,000 from Mrs. James J. Goodwin (daughter of J. Bertram Lippincott), a bequest of $50,000 from Mr. Joseph E. Gillingham, and more state appropriations totaling $380,000 from 1906 to 1911, allowed for the completion of a new building by 1913. The school has since resided in this building.

In more recent decades, the School of Veterinary Medicine, in cooperation with the faculty of the School of Medicine, further specialized the discipline and thus strengthened its status as one of the nation’s leading veterinary schools.

The Historical Material series records the school in its formative stage. It features minute books for the Board of Managers, 1889-1954, for the faculty, 1909-1963, and for alumni societies, 1901-1960. This series also includes correspondence of the Deans of the School from 1906 to 1911 and information on Horace J. Smith, a Penn alumni and a stock farm owner who enthusiastically advocated the establishment of a veterinary department at the University of Pennsylvania. There are hand-written notes made by the faculty in preparation for the writing of the history of veterinary medicine at the University and the development of veterinary medicine in the country in general. Finally, a ledger book of the Veterinary Society of the University of Pennsylvania containing the Society’s constitution, a charter member list, and minutes from 1889 to 1898 finish out the series.

The Administration series constitutes the bulk of the collection. Included in it are biographical files of faculty members, prominent alumni, and other medical professionals (including some outside of the field of veterinary medicine), some of whom were nominated for awards on the occasion of the School’s centennial in 1984.; records of a historical symposium on veterinary development at Penn held in conduction with the celebration of the 250th anniversary of the University of Pennsylvania; records concerning the celebration of the School’s seventy-fifth anniversary in 1959; and material of the Veterinary Hospital of the University of Pennsylvania.

Related to veterinary medicine but not directly to the School, the Other Organizations series includes material of the Association of American Veterinary Medical Colleges and a report of the Joint State Government Commission on veterinary medicine in 1953. The Photographs series contains images of former school deans and faculty members as well as group pictures of various classes. Worthy of special mention are two photos of historical value, one of the veterinary school in the late nineteenth century and the other the blacksmith shop of the University in the same period. The Films and Videotapes series covers a wide range of subjects including the New Bolton Center, horse auction, horse rehabilitation, test tube calf, and animal hospital. Most of the videotapes were done by TV or radio networks